Biochemistry professor Chris Exley’s book, “Imagine You Are an Aluminum Atom,” sheds light on the harmful impact of aluminum on human health, including how its use in vaccines harms children. 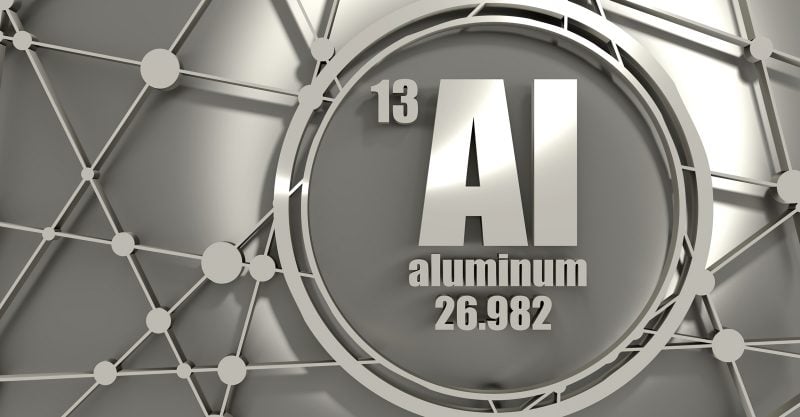 Chris Exley, a professor of inorganic biochemistry, has many talents. Not only does he conduct important research on aluminum, but in his book, “Imagine You Are an Aluminum Atom: Discussions With Mr. Aluminum,” Exley communicates the importance of his research findings in language non-scientists can easily digest — and he even manages to entertain the reader along the way.

Throughout his book, Exley shares anecdotes about his collaborations with clinicians and scientists from all over the world. He sprinkles references to Shakespeare, history, music and politics throughout, and he even throws in a little charming Britspeak for good measure.

The book is so entertaining that even though I started it at the end of a long work week, I found myself reluctant to put it down, even for much-needed sleep.

Here are some of the key issues covered in “Imagine You Are an Aluminum Atom”:

It is shocking that infants vaccinated on the Centers for Disease Control and Prevention schedule are exposed to enough aluminum to cause brain damage in susceptible infants. But according to Exley’s book, “The aluminum content of pediatric vaccines is absurdly high … and there is no safety requirement to test the aluminum adjuvant alone.”

Injection of multiple vaccines containing an aluminum adjuvant has significant potential for amplifying the aluminum antibody titer. As more aluminum adjuvants are given, the body burden of prior vaccines in addition to the acute dose from current vaccines becomes a target for attack by the immune system — which can result in autoimmunity.

I encourage everyone to read pages 77-81 of “Imagine You Are an Aluminum Atom” for a superb explanation of the impact of aluminum in the cytoplasm of invading immune cells which have tried to come to the child’s rescue.

I wish every physician and politician who makes vaccine policy decisions knew about the research Exley explains in those few pages. Exley states: “our successes in this field of vaccinology have been achieved in spite of an, at times, hostile and nonscientific backdrop of ill found criticism.”

He provides clear explanations for the ways we are exposed to aluminum and the ways we get aluminum out of our bodies.

The most shocking chapter in Exley’s book is the one that addresses the impact commercial companies that use aluminum in their products have on stifling research funding and interfering with scientific publications. In what could be described as a conspiracy movie waiting to be made, Exley lays out how English people in Camelford were contaminated by aluminum in their water supply — you’ll need to buy the book to find out how their government responded.

The discussion of corporate influence is especially important in light of recent research by Hooker & Miller and Thomas & Lyons-Weiler. Both studies suggested that many chronic illnesses in childhood are more prevalent in the highly vaccinated compared to the unvaccinated or under-vaccinated children.

This is not a popular message. Imagine you are a pediatrician who has spent his or her life trying your best to take care of your patients. You were taught that vaccines were safe and effective.

It is emotionally disturbing to consider the possibility that you may have hurt the very children you were trying to protect. First you might not believe that it could have happened. Then, you might get angry. 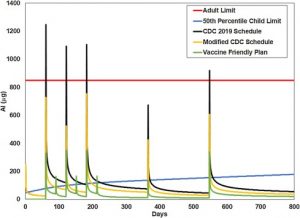 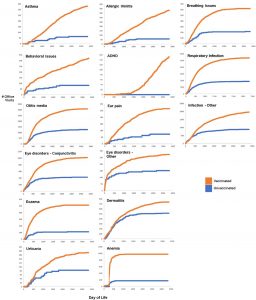 Yehuda Shoenfeld, one of my heroes, has published widely since 2011 about autoimmune/inflammatory syndrome induced by adjuvants (ASIA) syndrome. Autoimmunity can be triggered by certain adjuvants in vaccines, the most common of which is aluminum.

Aluminum is great for laboratory research in which you want to increase the immune reactogenicity. But when it comes to injecting vaccines containing aluminum into people, Shoenfeld recommends we try to identify subpopulations at risk by defining four groups of individuals who might be vaccination-induced ASIA: 1) patients with prior post-vaccination autoimmune phenomena; 2) patients with a medical history of autoimmunity; 3) patients with a history of allergic reactions; and 4) individuals who are prone to develop autoimmunity.”

We should take these same precautions seriously when making decisions about our current childhood vaccine schedule, and the many COVID vaccines in the pipeline, including those rushed to approval under the U.S. Food and Drug Administration’s Emergency Use Authorization program.