Mary Holland is a former Research Scholar and Director of the Graduate Lawyering Program at NYU School of Law. She has written several law review articles and blog posts on vaccine law and policy and is the co-author and co-editor of the books “Vaccine Epidemic” and “HPV Vaccine on Trial: Seeking Justice for a Generation Betrayed.” She has testified to retain or expand vaccination exemptions in the California, West Virginia, Maine and Vermont legislatures. She has appeared in several documentaries and programs on vaccine issues. She is chair of the advisory board of Health Choice and a member of the advisory boards for the Elizabeth Birt Center for Autism Law and Advocacy, the Otto Specht School and Actionplay. Educated at Harvard and Columbia Universities, Holland has worked in international public and private law. Prior to joining NYU, Holland worked for six years at major U.S. law firms, with three years based in Moscow, Russia. She also worked at a U.S. human rights organization as Director of its European Program. After graduating law school, she clerked for a federal district court judge in the Southern District of New York. She has taught courses at Columbia Law School and has served as a consultant to the Aspen Institute Justice and Society Program.

Robert Krakow is an attorney in private practice in New York. Bob started his legal career with the New York Public Interest Research Group, a consumer advocacy organization. For nine years in the 1980s Bob was a prosecutor with the New York County (Manhattan) District Attorney’s office, serving as Bureau Chief of the special narcotics prosecution division. He founded his law firm in 1989, focusing on the trial of civil and criminal cases, and specializing in the representation of individuals injured by exposure to vaccines. Bob represents families of children with autism in a variety of venues, including insurance coverage disputes, vaccine exemption issues, IDEA education disputes with school districts, and claims of educational and medical neglect. 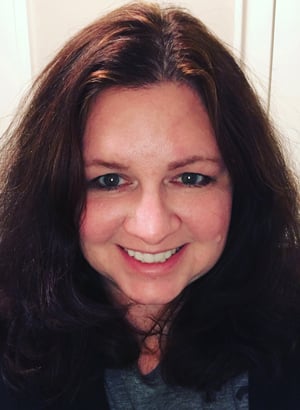 Kim Mack Rosenberg is an attorney in private practice in the New York Metro area. In her practice, among other things, she assists patients and providers in many jurisdictions in obtaining coverage for necessary medical and mental health treatments. Her previous legal experience includes commercial insurance coverage litigation and products liability litigation. She also has participated in litigation concerning vaccine issues. She has long been an advocate for vaccine safety as well as for the autism community. She graduated from Carleton College (Northfield, MN) with a BA in Political Science and received her JD from Case Western Reserve University (Cleveland, OH).
In addition to other publications, she is the co-author of a forthcoming book on HPV vaccines. She also is the author of The Parent’s Autism Sourcebook (2015) and a contributing editor and chapter author of the book Vaccine Epidemic, released in 2011 in hardcover and 2012 in paperback. She frequently lectures on issues related to autism, including vaccines, both in the New York area and nationally. She has appeared a number of times in national and local television, radio and print media, including the New York Times, the WSJ, the San Diego Union Tribune, Al Jazeera America, HLN, and television network affiliates in New York and California, discussing a wide variety of topics concerning autism and vaccines. She also has testified on these issues to governmental committees and agencies.

In her advocacy work, Kim currently is president of the New York Metro Chapter of the National Autism Association and has been an officer of NAA NYM since its inception in 2008. In addition , she is co-president and treasurer of the Elizabeth Birt Center for Autism Law and Advocacy and is on the Executive Leadership Team of Health Choice. Both individually and on behalf of organizations she represents, she has advocated on local, statewide and national levels on issues concerning autism and vaccines.

Originally from the suburbs of Cleveland, Ohio, Kim has lived on the east coast since 1993 and in NYC since 1995. She currently lives in Manhattan with her son, Henry, who is on the autism spectrum.