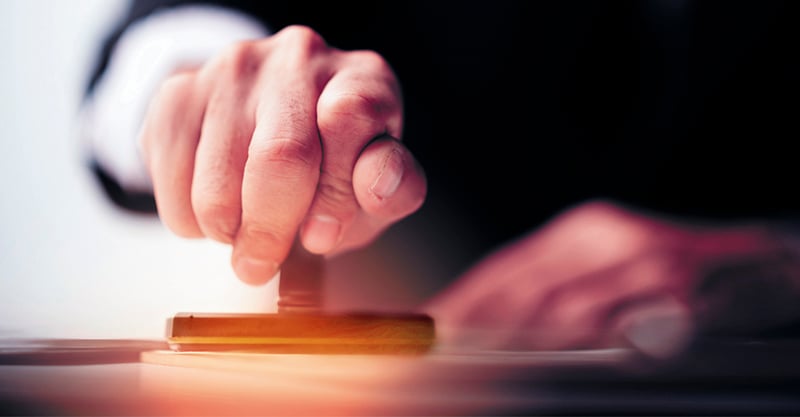 [Note: This is Part IV in a series of articles adapted from the second Children’s Health Defense eBook: Conflicts of Interest Undermine Children’s Health. The first eBook, The Sickest Generation: The Facts Behind the Children’s Health Crisis and Why It Needs to End, described how children’s health began to worsen dramatically in the late 1980s following fateful changes in the childhood vaccine schedule.]

The vaccine industry has been burgeoning since the late 1980s, when Congress passed the National Childhood Vaccine Injury Act (NCVIA) that provided manufacturers with blanket immunity from liability. Two regulatory agencies have played a pivotal role in this vaccine “renaissance”: the U.S. Food and Drug Administration (FDA) and the Centers for Disease Control and Prevention (CDC). Working hand in glove with vaccine companies, these agencies have helped protect and grow the liability-free childhood vaccine market, ensuring billions of dollars in corporate revenues with little need for vaccine makers to even advertise or market their products.

Although credible accusations have surfaced for years—aired by legislators, researchers, watchdog groups and many others—that both the FDA and CDC lack the impartiality required to make accurate judgments about vaccine safety, the two agencies continue with their business-as-usual practices. With vaccine promotion superseding vaccine safety monitoring as organizational goals, conflicts of interest are baked into both agencies’ DNA.

In this article, we examine the FDA’s role in licensing vaccines and ignoring vaccine injuries. The next article (Part V) will describe the crucial part played by the CDC in creating and promoting the bloated childhood vaccine schedule.

… the clinical trials for Merck’s Recombivax hepatitis B vaccine (approved for administration on the first day of life) monitored fewer than 150 infants and children for five days after each dose. Buried in the vaccine’s package insert is the information that autoimmune diseases and an apparent hypersensitivity syndrome…of delayed onset have been reported days to weeks after vaccination.

FDA oversight of vaccines—classified as “biological products” rather than drugs—falls under the jurisdiction of the Center for Biologics Evaluation and Research (CBER). The FDA’s Center for Drug Evaluation and Research (CDER) handles other drugs and certain over-the-counter products. For both CDER and CBER, “it is the responsibility of the company seeking to market a drug [or biologic] to test it and submit evidence that it is safe and effective.”

Drug and vaccine manufacturers have an obvious interest in painting a rosy picture of their products, but the classification of vaccines as “biologics” allows vaccine makers to speed their products to market with far less onerous safety testing than is required of other new drugs. In fact, vaccine prelicensing studies often feature fatal methodological flaws that make it nearly impossible to identify safety risks.

The majority of prelicensing clinical trials have an absurdly brief period of observation (sometimes as short as a few days or weeks), which makes it impossible to evaluate longer-term outcomes such as autoimmune illness or cancer. For example, the clinical trials for Merck’s Recombivax hepatitis B vaccine (approved for administration on the first day of life) monitored fewer than 150 infants and children for five days after each dose. Buried in the vaccine’s package insert is the information that autoimmune diseases and “an apparent hypersensitivity syndrome…of delayed onset [have] been reported days to weeks after vaccination” [emphasis added].

Placebo-controlled trials are widely recognized as the gold standard for evaluating vaccine safety and efficacy. However, prelicensing studies typically test new vaccines against existing vaccines instead of using true placebos (defined as “an inert substance, such as a saline injection”). This type of vaccine-to-vaccine comparison makes it possible to mask adverse reactions by claiming that there are no differences between groups.

In 1992, Congress passed the Prescription Drug User Fee Act, allowing pharmaceutical companies to make payments to the FDA (called “user fees”) in exchange for expedited approval of drugs and biologics, including vaccines.

Captured agencies operate “essentially as…advocate[s] for the industries they regulate,” abrogating their duty to act in the public’s interest. Vaccine and drug fast-tracking provide a clear example of FDA regulatory capture. In 1992, Congress passed the Prescription Drug User Fee Act, allowing pharmaceutical companies to make payments to the FDA (called “user fees”) in exchange for expedited approval of drugs and biologics, including vaccines. Additional legislation in 2012 further facilitated “accelerated” approval by allowing the FDA to use surrogate endpoints to evaluate a drug or vaccine rather than waiting to assess longer-term clinical benefits.

According to a 2015 report in Fortune magazine, pharmaceutical companies are more than willing to pay “big bucks” to speed up FDA approval. In the process, they gain extraordinary leverage over regulatory decision-making. Whereas the FDA was publicly funded prior to 1992, the agency now receives 45% of its annual budget from industry. Moreover, in fiscal year 2017, three-fourths (75%) of FDA’s annual budget increase came from user fees, with the pharmaceutical industry in essence paying regulators’ salaries.

In former times, researchers and regulators knew that approval of a vaccine did not preempt the need for ongoing, post-licensure safety monitoring. Indeed, those closest to vaccine development have periodically issued warnings about the need for greater caution and scrutiny. Back in 1961, a leading polio researcher stated in Science that “even after licensing, a new vaccine product must be considered to be on trial” because of the many “new variables” that accompany large-scale vaccine production and rollout. In 1999, the head of CBER’s Viral Products Division contended that advances in vaccine technology were “outpacing researchers’ ability to predict potential vaccine-related adverse events.” Both of these well-founded warnings went largely unheeded.

Nowadays, the FDA (along with the CDC and other government agencies) plays mostly a cheerleader role, assuring residents that the U.S. has “the safest, most effective vaccine supply in history.” The vaccine industry makes similar claims, bragging about the “exhaustive and continuous” safety assessment of vaccines, including post-approval. All of these statements blithely skirt around the fact—attested to by the over $4 billion in payouts from the National Vaccine Injury Compensation Program—that vaccines cause permanent disability and death with some regularity.

It is likely that millions of adverse reactions to vaccines are occurring in the U.S. every year—yet, precisely because these injuries nearly always go unreported, official discussions of vaccine safety remain hugely misleading.

As part of the NCVIA, legislators gave a nod to the potential for vaccine damage by mandating that the FDA and CDC jointly establish a safety monitoring system to collect and analyze “spontaneous reports of adverse events that occur in persons following vaccination.” That system—the Vaccine Adverse Event Reporting System (VAERS)—has received nearly 700,000 reports of post-vaccination adverse events since 1990. However, the Department of Health and Human Services (HHS) has estimated that these reports represent only 1% of vaccine injuries. It is likely that millions of adverse reactions to vaccines are occurring in the U.S. every year—yet, precisely because these injuries nearly always go unreported, official discussions of vaccine safety remain hugely misleading.

When it comes to reporting vaccine injuries, physicians are critical intermediaries between patients and vaccine manufacturers. Among the factors that work to prevent doctors from recognizing and reporting adverse events are the lack of medical school training on vaccine adverse reactions and low awareness of VAERS. A large and nationally representative study of health care providers (including physicians, mid-level providers and nurses) found that slightly more than a third (37%) had ever identified a post-vaccination adverse event, but only 17% of that subgroup had ever made a report to VAERS. A qualitative study of health providers in Australia (where vaccine policies are, in key ways, similar to those in the U.S.) found that providers often experienced “confusion” about the types of events that would constitute “reportable” adverse events and also were unclear on how to define “serious” adverse events.

For the sake of America’s children, it is essential to ensure that all parties involved with federal vaccine approvals be free from conflicts of interest.

In discussing VAERS, FDA and CDC researchers like to have it both ways. On the one hand, they praise the reporting system for guiding further safety evaluations, but on the other hand, the agencies warn that “VAERS data interpreted alone or out of context can lead to erroneous conclusions about cause and effect as well as the risk of adverse events occurring following vaccination.” They also take pains to point out that “an adverse health event or health problem that occurs following or during administration of a vaccine…might be caused by a vaccine or might be coincidental and not related to vaccination” [emphasis added]. In fact, government authors who churn out boilerplate articles about vaccine safety exhibit a fondness for the notion that post-vaccination mishaps are simply a fluke. Industry, too, likes to tell the public that it has “guidelines and algorithms” to differentiate between a post-vaccination adverse event that “may” be causally related to a vaccine versus an event that is coincidental to vaccination.

Even when the adverse event in question is a death “temporally associated with vaccination,” government researchers like to rely on the coincidence argument—all the while conceding that “loved ones and others might naturally question whether it was related to vaccination”! This, despite admitting to “rare cases where a known or plausible theoretical risk of death following vaccination exists,” such as cases involving anaphylaxis; vaccine-strain systemic infection (following administration of live vaccines to persons with compromised immune systems); intussusception (after rotavirus vaccine); Guillain-Barré syndrome (after inactivated influenza vaccine); fall-related injuries (associated with post-vaccination fainting); systemic or neurologic disease (following yellow fever vaccination); serious complications such as brain inflammation and heart problems (from smallpox vaccination); and vaccine-associated paralytic polio (from oral polio vaccine).

With the FDA’s disproportionate reliance on user fees to fill out its budget, and silly arguments about “coincidences,” it is difficult to make a convincing case that the agency’s vaccine licensing decisions remain uncontaminated by pharmaceutical industry preferences. For the sake of America’s children, it is essential to ensure that all parties involved with federal vaccine approvals be free from conflicts of interest.