Laughing All the Way to the Bank: Vaccine Makers and Liability Protection—Conflicts of Interest Undermine Children’s Health: Part III 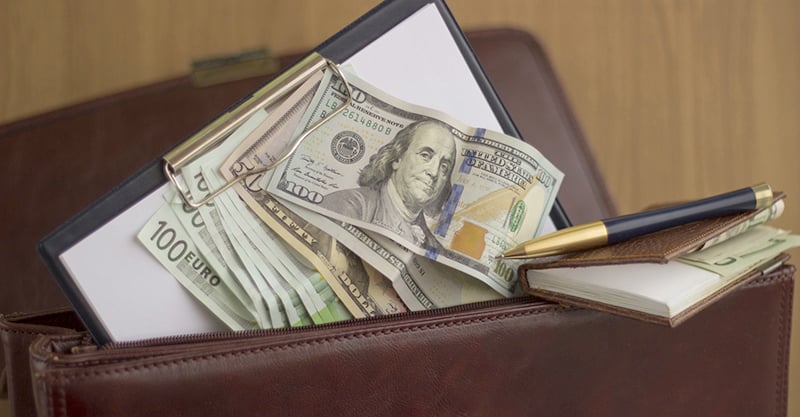 [Note: This is Part III in a series of articles adapted from the second Children’s Health Defense eBook: Conflicts of Interest Undermine Children’s Health. The first eBook, The Sickest Generation: The Facts Behind the Children’s Health Crisis and Why It Needs to End, described how children’s health began to worsen dramatically in the late 1980s following fateful changes in the childhood vaccine schedule.]

When it comes to telling the story of vaccine injuries and how frighteningly commonplace they have become, denial, censorship and lies seem to be ruling the day—for now. However, future public health historians will surely acknowledge that the unprecedented health crisis beleaguering American children began around the same time—1986—that Congress let the genie out of the bottle by passing the National Childhood Vaccine Injury Act (NCVIA).

While the Act marked a depressing turning point for American children and their families, it was a bonanza for the pharmaceutical industry. The industry protections offered by the Act—which essentially awarded vaccine makers blanket immunity from liability for injuries resulting from childhood vaccines, “no matter how toxic the ingredients, how negligent the manufacturer or how grievous the harm”—sparked a gold rush of vaccine development.

By the close of 2017, analysts valued the highly consolidated global pharmaceutical market at over $1.1 trillion (U.S. dollars).

The Act’s banishment of liability as a business worry catapulted vaccines from a “neglected corner of the drugs business” into a major economic driver of the medical and pharmaceutical industries. In the U.S., four companies have been the principal beneficiaries of the no-liability business environment for childhood vaccines. The four pharmaceutical giants—GlaxoSmithKline (GSK), Merck, Pfizer and Sanofi Pasteur—manufacture every vaccine on the U.S. childhood schedule. In addition to the “big four,” companies such as Seqirus and MedImmune (AstraZeneca) have been crowding into the increasingly lucrative adult vaccine market.

By the close of 2017, analysts valued the highly consolidated global pharmaceutical market at over $1.1 trillion (U.S. dollars). The four leading vaccine makers ranked third, fifth, sixth and seventh globally in terms of total revenues. All four also registered increases in annual revenue from 2017 to 2018–5%-6% for Merck and GSK and 2%-3% for Pfizer and Sanofi.

The companies’ strong vaccine sales helped ensure these record profits. For example, Pfizer’s $136-a-shot Prevnar-13 vaccine (with four doses advised before preschool age) earned the company nearly $4 billion in a single year, “about double what it made from high-profile drugs like Lipitor and Viagra.”

There are also other factors working in favor of record-breaking vaccine profits, outlined in a 2014 report in The New York Times on “soaring” vaccine prices. These include:

None of the leading vaccine manufacturers are strangers to lawsuits or large financial settlements for drugs in their product line that, unlike vaccines, are subject to courtroom liability. Over the past decade, in fact, GSK, Pfizer, Merck and others have paid out billions in punitive settlements for products deemed to be deceptive or harmful. In the case of Merck, the company’s payouts included $950 million in federal fines following evidence of a “deliberate corporate conspiracy” related to its bestselling painkiller Vioxx. The FDA approved the drug in 1999, but Merck reluctantly withdrew it from the market in 2004 after studies showed that it doubled serious health risks and had resulted in at least 60,000 deaths. Merck pleaded guilty to criminal charges over its illegal marketing of Vioxx and settled 27,000 lawsuits for $4.85 billion.

Dubbed by some as the “Help Pay for Vioxx” vaccine, Gardasil has been a major revenue booster.

Merck enjoys a unique monopoly position for four vaccines, including its blockbuster human papillomavirus (HPV) Gardasil vaccine and both measles-mumps-rubella vaccines (MMR and MMR-plus-varicella or MMRV). Merck brought Gardasil to market in the aftermath of the Vioxx scandal. Dubbed by some as the “Help Pay for Vioxx” vaccine, Gardasil has been a major revenue booster. In a single quarter of 2016, for example, in which Merck posted a profit of $2.2 billion, the company saw a 38% jump in sales of HPV vaccines (due to “increased pricing and demand”). Similar trends have been evident for Merck’s other vaccines, with a 27% increase in MMRV vaccine sales in the same quarter of 2016 after the CDC added the vaccine to its pediatric stockpile. Growing global vaccine sales, including in China, helped Merck continue to “beat Wall Street expectations” in 2018.

From a consumer standpoint, Merck’s track record with Vioxx raises the question of whether the American public can believe the company’s claims about the safety of its vaccines. Can a company that confessed to illegal activity and paid out almost $5 billion to settle lawsuits for a drug it knew to be harmful be considered trustworthy when it markets expensive and profitable vaccines such as Gardasil? The same question can be asked regarding the other vaccine manufacturers.

In 2007, Merck had to recall over a million doses of two childhood vaccines because it “could not guarantee the products’ sterility.” A year later in 2008, an investigation by the Philadelphia Inquirer described an unpublished FDA review of one of Merck’s largest U.S. vaccine plants, which identified contaminated children’s vaccines and a failure to follow good manufacturing practices. The review noted 49 areas of concern in all. What was the plant leadership’s response to the FDA’s troubling findings? “Nobody’s perfect.” Considering that pharmaceutical companies want to continue injecting our children with liability-free and largely untested vaccines from pregnancy on, this executive’s cavalier attitude hardly inspires confidence.

In our FREE eBook, Conflicts of Interest Undermine Children’s Health, CHD takes the position that conflicts of interest and unethical behavior encumber the key public and private players involved in U.S. and global vaccination programs to such an extent that public skepticism is not only understandable, but justified. The loss of confidence in vaccine safety must be addressed with independent, unbiased science. As we publish subsequent parts of the eBook, we will illustrate how lack of integrity and ethical betrayals are impeding sound public health policy and vaccine safety science, while gravely undermining children’s health.