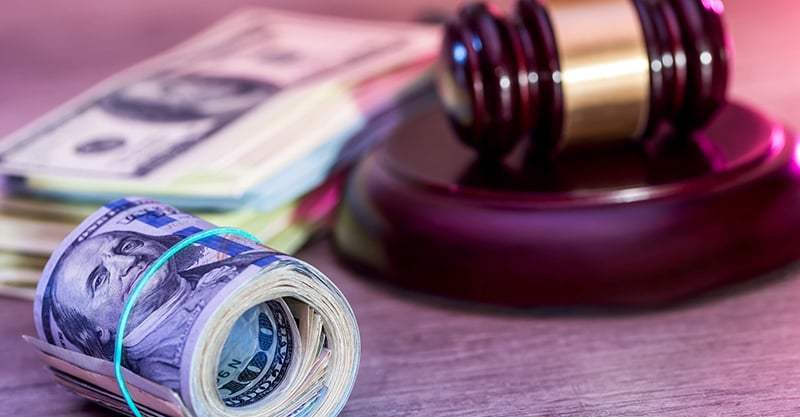 The National Childhood Vaccine Injury Act in 1986 freed pharmaceutical companies from liability for injuries resulting from childhood vaccines—“no matter how toxic the ingredients, how negligent the manufacturer or how grievous the harm.”

[Note: This is Part II in a series of articles extracted from the second Children’s Health Defense eBook: Conflicts of Interest Undermine Children’s Health. The first eBook, The Sickest Generation: The Facts Behind the Children’s Health Crisis and Why It Needs to End, described how children’s health began to worsen dramatically in the late 1980s following fateful changes in the childhood vaccine schedule.]

In 1986, President Ronald Reagan signed into law a piece of legislation called the National Childhood Vaccine Injury Act (NCVIA), crafted by then-Representative Henry Waxman (now a health industry lobbyist). According to the New York Times, President Reagan “said he had approved the bill ‘with mixed feelings’”—despite his own Justice Department urging him to veto the Act.

With the stroke of a pen, Congress essentially abolished vaccine injury lawsuits against vaccine manufacturers…

The NCVIA radically altered the vaccine policy landscape in the United States. The Act was Congress’s response to intense pressure from vaccine industry lobbyists seeking protection from lawsuits related to the infamously brain-damaging diphtheria, whole-cell pertussis and tetanus (DPT) vaccine. The industry’s lobbying efforts paid off in spades. Replacing judicial action with a more circumscribed “alternative remedy…for specified vaccine-related injuries,” the Act created the National Vaccine Injury Compensation Program (NVICP), funded by taxpayers through an excise tax on childhood vaccines. With the stroke of a pen, Congress essentially abolished vaccine injury lawsuits against vaccine manufacturers (and health providers), while creating an administrative mechanism (subsequently nicknamed “vaccine court”) from which individuals could seek—but not necessarily obtain—redress for vaccine injuries through “Special Masters” designated to serve as arbiters.

The NCVIA gave pharmaceutical companies what amounted to blanket immunity from liability for injuries resulting from childhood vaccines—“no matter how toxic the ingredients, how negligent the manufacturer or how grievous the harm”—while also exempting companies from the transparency and document discovery normally associated with litigation.

Summarizing the legislation’s far-reaching implications, Robert F. Kennedy, Jr. has stated: “That extraordinary law eliminated a principal cost associated with making…drugs and left the industry with little economic incentive to make vaccines safe. It also removed lawyers, judges and courts from their traditional roles as guardians of vaccine safety. Since the law’s passage, industry revenues have skyrocketed from $1 billion to $44 billion.”

The NCVIA requires that the Department of Health and Human Services (HHS) review childhood vaccine safety on a biannual basis and report to Congress on measures taken to improve safety. However, legislators appear to have intended that stipulation largely as window dressing, because—as revealed in a lawsuit filed by the Informed Consent Action Network (ICAN) and Robert F. Kennedy, Jr.—HHS officials have never complied with the statutory safety review and reporting requirements even once in over thirty years.

For the most part, however, parents, attorneys, health care professionals and members of the general public are unaware of the NVICP’s existence and, according to HHS, fewer than 1% of vaccine adverse events are ever reported. Thus, NVICP claims represent only the tip of a vast vaccine injury iceberg.

In the three decades since the NVICP’s creation, American households have filed roughly 20,000 petitions for vaccine injury compensation. The program has paid out over $4 billion to a subset—barely a third (31%)—of petitioners, while dismissing well over half (56%) of filed claims as undeserving of any compensation. Another 12% of petitions remains unadjudicated. Injured parties filed an average of 1,200 claims per year over the last three years, triple the average number of claims filed annually just a few years previously. For the most part, however, parents, attorneys, health care professionals and members of the general public are unaware of the NVICP’s existence and, according to HHS, fewer than 1% of vaccine adverse events are ever reported. Thus, NVICP claims represent only the tip of a vast vaccine injury iceberg.

…the NVICP pits HHS and its subsidiary agencies (including the Centers for Disease Control and Prevention [CDC]) as adversaries against injured petitioners.

Despite Congress’s professed intent to create a non-adversarial, “accessible and efficient forum for individuals found to be injured by certain vaccines,” in practice, the NVICP pits HHS and its subsidiary agencies (including the Centers for Disease Control and Prevention [CDC]) as adversaries against injured petitioners. HHS employees are free to decide on or reject compensation claims, and Department of Justice (DOJ) lawyers represent and defend the interests of HHS. Petitioners also face a three-year statute of limitations from the time of the vaccine injury and must meet a strenuous burden of proof if—as is almost always the case—their illness, disability, injury or condition does not fall within the narrow parameters of the NVICP’s Vaccine Injury Table.

As set out by the NCVIA, the Vaccine Injury Table was supposed to establish “statutory presumptions of causation” for selected injuries and adverse events occurring within prescribed time periods after vaccination, making the path to compensation less burdensome (at least for those injuries); however, because HHS can—almost at will—“add or delete injuries and conditions for which compensation would be available and…change the applicable time periods by which the onset of symptoms must occur,” the agency has not hesitated to take advantage of this provision to “eliminate avenues to compensation.” Very few new injuries have been added to the Table, despite the large number of vaccines piled onto the childhood schedule since 1986.

HHS and the DOJ have found many ways to limit the number of petitioners awarded compensation. Robert F. Kennedy, Jr. has called attention to “highly unethical and appallingly consequential official misconduct” exhibited by DOJ lawyers in a 2007-2008 Omnibus Autism Proceeding (OAP) orchestrated on behalf of 5,400 families who had filed claims for vaccine-induced autism. The claims’ potential value exceeded $100 billion—an amount that “would have bankrupted the [compensation] program many times over.” The DOJ lawyers, under pressure to deprive petitioners of their rightful relief, achieved that aim through allegedly fraudulent means.

In September, 2018, Kennedy, Jr. and Rolf Hazlehurst (one of the OAP parents) requested that the DOJ Inspector General and Congress investigate this fraud and obstruction of justice. In their joint letter, they stated:

“During the Omnibus Autism Proceeding, Department of Justice attorneys…acted in concert with their client, the Department of Health and Human Services, to intentionally misrepresent the opinion of their own expert witness, and to willfully conceal from the vaccine court and petitioners critical material evidence showing how vaccines may cause autism. The same DOJ attorneys subsequently intentionally misled the United States Court of Appeals for the Federal Circuit. As a result, fraud was ultimately perpetrated upon the Supreme Court of the United States.”

The DOJ actions initiated during the OAP had a number of legal spillover effects, culminating in a disastrous (for the vaccine-injured) decision (Bruesewitz v. Wyeth) by the U.S. Supreme Court in 2011 that reiterated and even broadened the NCVIA’s basic no-liability premise. In their 2011 majority ruling, Justices asserted that the Act “preempts all design-defect claims against vaccine manufacturers brought by plaintiffs who seek compensation for injury or death caused by vaccine side effects.” At the time, none of the Justices “had reason to know that HHS was not acting in good faith” nor that DOJ attorneys, in earlier cases, had “conceal[ed] critical material evidence and mis[led] the special masters and the U.S. Court of Appeals.”

In a dissent to the 2011 decision, Justices Sotomayor and Ginsburg commented that vaccine manufacturers, “given the lack of robust competition in the vaccine market, will often have little or no incentive to improve the designs of vaccines that are already generating significant profit margins” [emphasis added]. The two Justices predicted—quite accurately—that the Court’s unfortunate decision would leave a “regulatory vacuum” and would make it even harder to strike a balance between “compensating vaccine-injured children and stabilizing the childhood vaccine market.”

In 2016, the Bill & Melinda Gates Foundation and the Wellcome Trust—the world’s two wealthiest charitable foundations and two of the biggest global funders of vaccine development and vaccine programs—teamed up with vaccine manufacturers and government partners from a variety of countries to launch the Coalition for Epidemic Preparedness Innovations (CEPI). According to a recent analysis in the Emory Law Journal, the blanket immunity ushered in by the NCVIA has been so successful for vaccine manufacturers that CEPI is looking to export it, creating “liability protection and compensation mechanisms based on the U.S. model for vaccine liability” around the world.

The law journal author, Professor Mary Holland, cautions that this would be unfortunate for the developing world. In countries that adopt the U.S. model, vaccines are likely to end up being “less safe than they could be,” with an inevitable loss of public confidence “both in vaccines and in those recommending them.”

The next installment of Conflicts of Interest Undermine Children’s Health, Part III, will discuss how the NCVIA turned vaccines into a major economic driver of the medical and pharmaceutical industries, sparking a “gold rush” of liability-free vaccine development.

[At the time of this article, some states like Minnesota, are requesting that Congress remove pharmaceutical company liability protection for vaccine injury.]