Vaccine Injury Payouts: Consumers on the Hook for over $3.8 Billion as Vaccine Makers Rake in Profits 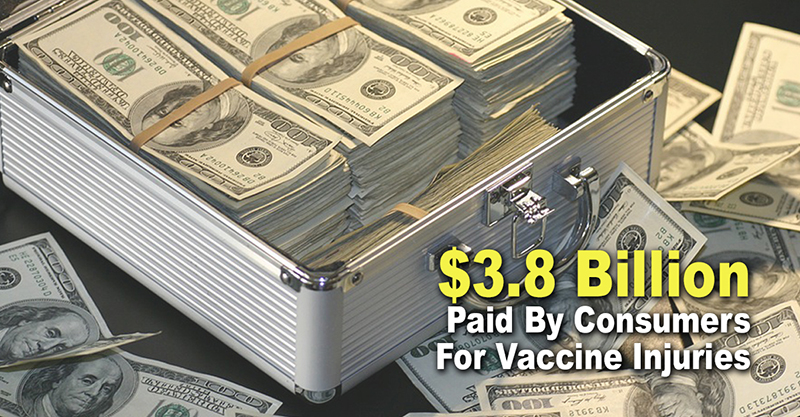 The National Childhood Vaccine Injury Act (NCVIA) that went into effect in 1988 stipulated that vaccine manufacturers cannot be held liable for injuries or deaths that occur from use of their vaccines which are recommended for every child in America by the Centers for Disease Control. The National Vaccine Injury Compensation Program (NVICP) or “vaccine court” created with this Act is not a court at all but actually a consumer-funded government claims program that uses special masters, employees of Health and Human Services (HHS), rather than judges to make decisions on compensation to victims. The vaccine manufacturers are defended by government-funded, Department of Justice lawyers. The petitioners on the other hand, while suffering from and paying for their or their child’s injuries, become embroiled in a litigious system where cases, according to the U.S. Government Accounting Office, are known to drag on for years.

Vaccine makers are in a win-win position that no other industry in America enjoys. While profits go to vaccine companies, the monetary amounts awarded to the vaccine-injured from “vaccine court” are paid for by consumers. As vaccine makers aren’t held accountable for unsafe products intended for children, there’s no incentive for them to ensure the vaccines they manufacture are safe.

The total awards distributed to vaccine injury victims are updated monthly by the Health Resources and Services Administration (HRSA). Children’s Health Defense will be sharing these updates with our followers. 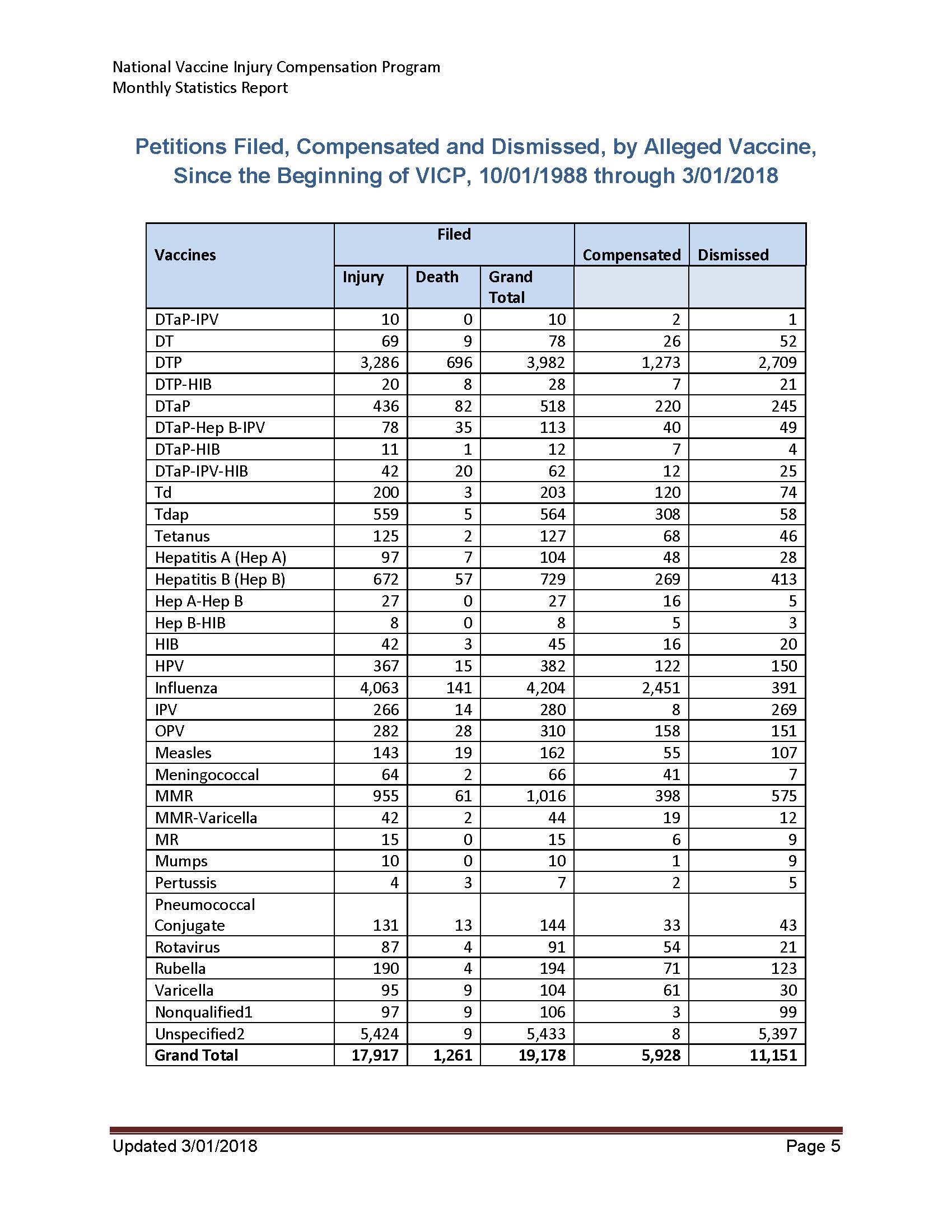 Since 1988, over 19,178 petitions have been filed to HHS. Over that 30-year time period, 17,079 petitions have been adjudicated, with 5,928 of those determined to be compensable (approximately 30%), while 11,151 were dismissed. Total compensation paid for by consumers over the life of the program is over $3.8 billion. This amount does not cover the cost of the program itself, nor for the HHS and DOJ employees who defend the vaccine products. As astronomical as the monetary awards are, they’re even more alarming considering HHS claims that only an estimated 1% of vaccine injuries are even reported to the Vaccine Adverse Events Reporting System (VAERS). If the numbers from VAERS and HHS are correct – only 1% of vaccine injuries are reported and only 1/3 of the petitions are compensated – then up to 99% of vaccine injuries go unreported and the families of the vast majority of people injured by vaccines are picking up the costs, once again, for vaccine maker’s flawed products.