‘Watch the Water’ Right on Remdesivir, But Snake Venom Theory Is a Stretch

While it’s true there is some overlap between the effects of poisonous peptides present in some snake venom and those of SARS-COV2 spike protein, claiming COVID is ultimately derived from snake venom is a poorly substantiated hypothesis. 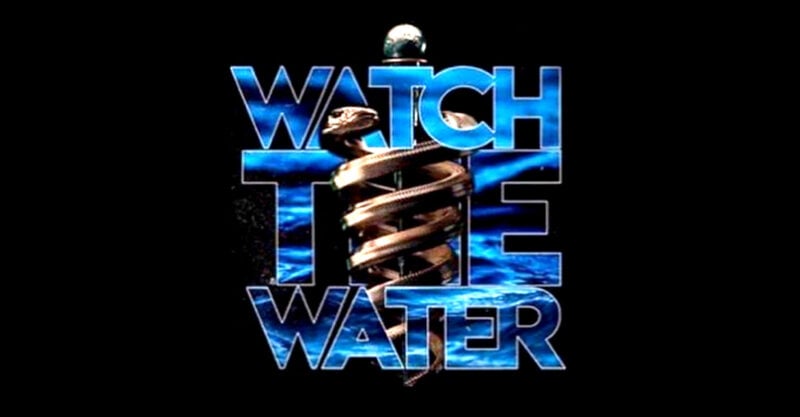 In an interview Monday with Stew Peters, Brian Ardis, a doctor of chiropractic, attempted to connect SARS-CoV-2, the spike protein or simply the disease process itself known as COVID-19, to the deadly proteins in snake venom.

In the 30-minute, heavily produced conversation, Ardis did not explicitly state his opinion on whether COVID is caused by a virus or by widely dispersed toxins similar to the poisons in snake bites.

“We agree there is evidence that the virus is similar to snake venom,” Kirsch wrote on Substack. “But as for the other assertions (such as it’s a poison spread through the water), I’m not buying it.”

In a Substack post, Dr. Meryl Nass also disagreed with Ardis, writing, “Many statements in the Bryan Ardis video are accurate, but some are definitely not.”

Nass, an internist and member of the Children’s Health Defense scientific advisory committee, reminded us that Ardis is correctly pointing out that remdesivir is a dangerous drug that has undoubtedly caused or contributed to many COVID deaths.

As early as November 2020, the World Health Organization recommended against the use of remdesivir, regardless of disease severity, because there was no evidence the drug improved outcomes.

Although the expensive drug was widely reported to be ineffective, its harmful effects were downplayed by mainstream sources.

Nevertheless, remdesivir enjoys unwavering support from our medical authorities and remains the only antiviral remedy available in most hospital formularies for the treatment of COVID.

In the interview with Peters, Ardis pointed out a concerning statement on the remdesivir label:

According to Nass, “This may be another reason the system does not want patients to receive chloroquine drugs because their use would be a contraindication for use of Remdesivir.”

Scientist James Lyons-Weiler, Ph.D. (@lifebiomedguru), said at least 10 people asked him about the snake venom proteins in relation to COVID-19. He proposed two possible explanations, one of which he favors over the other. https://t.co/7m7Tati67t

So what about those snakes?

Venom from poisonous snakes, such as the cobra and krait, exert their devastating and immediate effects on human physiology by attacking our central and peripheral nervous system and/or our ability to form blood clots.

Antidotes to venom are mono or polyclonal antibodies that target specific proteins delivered through a snake bite.

However, this statement is not entirely correct. Monoclonal antibodies are specific, synthesized proteins that can bind to one of a myriad of different targets, including active proteins in snake venom.

The point here is that many proteins may have common effects on our bodies but that doesn’t necessarily mean they have a common origin.

Monoclonal antibodies can neutralize the effects of many different peptides. That doesn’t mean the targets of the antibodies are related.

Ardis also emphasized that the U.S. Food and Drug Administration (FDA) has been critical of the use of monoclonal antibodies in the treatment of COVID.

He made this point in a larger context to allege that our authorities have consistently been blocking effective treatments to prevent recovery.

Yet since the inception of the pandemic, monoclonal antibodies have been an available mainstay of COVID treatment in the immunocompromised and those at high risk for developing severe disease.

Since the rapid emergence of the Omicron variant at the end of 2021, the FDA limited the availability of some monoclonal antibody formulations as it was shown these have a marginal effect against the new strain.

Ardis accurately stated that snake venom can cause an elevated D-Dimer, a nonspecific finding in patients suffering from clotting disorders.

But this test is elevated not only in patients who have excessive bleeding (as in the case of snake-bite victims) but also in patients who are experiencing increased clotting (deep vein thrombosis, pulmonary emboli, strokes).

The latter is more common with severe COVID. Thus, an elevated D-Dimer level does not necessarily mean COVID is caused by a snake venom-like process.

Perhaps the most provocative claim Ardis made was around the sedation and mechanical ventilation of critical COVID patients.

Because snake venom paralyzes muscles, including the diaphragm (the muscle most responsible for breathing), by blocking the conduction of signals between nerves and muscles, this, in his view, is more evidence that COVID is a snake venom-like illness.

It is true that it was recognized early on that COVID patients had low levels of blood oxygenation yet appeared to breathe comfortably and regularly.

However, this is not representative of nerve paralysis. It is suggestive of a central process, one that involves the brainstem, not diaphragmatic paralysis.

Moreover, our natural drive to breathe is much more dependent on high levels of carbon dioxide in our blood, not low levels of oxygen.

He is correct that these drugs are necessary to allow a person to tolerate the placement of a breathing tube in the trachea for prolonged and brief periods.

However once a person is connected to a ventilator, the machine will substitute for the person’s lack of respiratory drive.

Although there is some overlap between the effects of poisonous peptides present in some snake venom and those of SARS-COV2 spike protein, claiming COVID is ultimately derived from snake venom is a poorly substantiated hypothesis.

That said, Ardis’ description of the toxic nature of remdesivir is worthy of note and should not be dismissed.