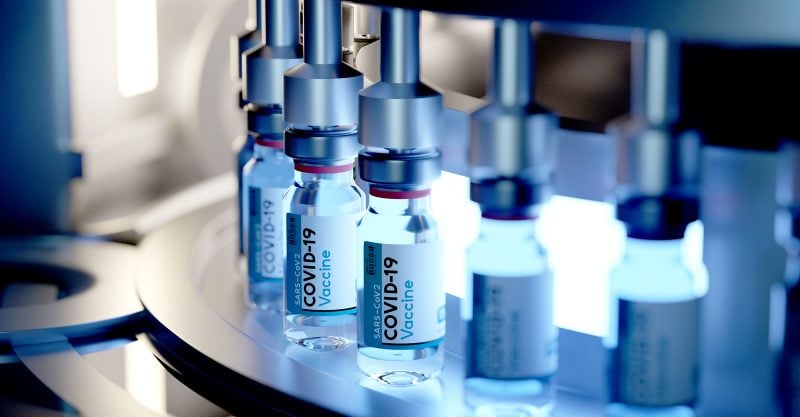 The House Select Committee on Coronavirus launched a probe into Emergent last month after the company acknowledged “serious deficiencies” in the company’s manufacturing that caused a mix-up of AstraZeneca and J&J doses.

A memorandum released prior to Wednesday’s hearing raised questions about J&J’s lack of oversight of the Baltimore facility. The memo also cited large bonuses paid to top executives despite failures, and described other evidence recently obtained by the Select Subcommittee on the Coronavirus Crisis and the Committee on Oversight and Reform in their ongoing investigation into Emergent.

While Emergent received much of the blame for the manufacturing crisis, documents showed J&J was aware of serious risks of contamination at the Bayview Baltimore plant. A report from a virtual audit conducted in June 2020, cited mold, inadequate growing and wipe-down procedures, and “deficient” contamination-control measures.

J&J did not comment on its audit and did not respond to The Washington Post’s questions about what steps the company took after its findings.

The recent contamination incident at the Baltimore plant is not the first time Emergent has had to answer questions about its quality control.

ABC News previously reported on Emergent’s quality control issues at multiple locations, itemized in federal inspection reports over the course of more than a decade. Issues included leaks and cracks in critical equipment, mold, peeling paint, stained ceiling tiles, inadequate personnel training and IT infrastructures left vulnerable to data compromise, which were observed by investigators on site and flagged for immediate fixing.

A new FDA report said Emergent BioSolutions, which received millions in taxpayer funding, mixed up more doses of J&J and AstraZeneca vaccines than previously thought. The report also said the plant was too small, poorly designed and dirty. #TheDefenderhttps://t.co/W6DKF4ftUt

At Wednesday’s hearing, Rep. Carolyn Maloney (D-N.Y.) questioned Robert Kramer, president and CEO of Emergent, about his stock sales and suspicious timing in relation to the company’s vaccine problems. Between Jan. 15 and Feb. 8, Kramer made a series of stock transactions netting him more than $7.6 million. The transactions occurred just prior to revelations of the firm’s troubles, which promptly sent the company’s stock value tumbling.

“That makes me think you were more interested in enriching yourself than serving the public,” Maloney said. Kramer responded that all of his stock sales “were made pursuant to a plan that was approved by the company.”

According to the memo, Emergent’s compensation committee awarded Kramer a cash bonus of $1,225,020 in recognition of his performance in 2020 — on top of a base salary of $875,014 and $4.1 million in stock awards and options issued earlier in the year. The committee also approved a 2021 compensation package for Kramer of $7.8 million.

Emergent suspended production of the vaccine at the plant on April 19, at the request of the FDA, and still lacks certification necessary to resume. Vaccine production is expected to begin later this year with Merck.

J&J has history of misleading the public

J&J has a history of misleading the public with a long rap sheet spanning more than three decades.

In 2011, J&J was charged by the U.S. Department of Justice with conspiracy for paying off Greek doctors to advance its product sales. The Securities and Exchange Commission also charged civil complaints.

In 2010, the company paid out a $70 million penalty for buying off officials in Greece, Poland and Romania. An executive for J&J’s subsidiary, DePuy, was sentenced to a year in prison for corrupt payments to physicians within the Greek national healthcare system.

In 2013, J&J paid nearly $2.5 billion to compensate 8,000 recipients for its flawed hip implants. In 2016, another $1 billion was awarded to plaintiffs injured from this device.

When its Motrin IB caplets were discovered to not properly dissolve, J&J hired outside contractors to buy up store supplies in order to cover it up. It took a Congressional investigation to expose the deception.

In the 1990’s, J&J was fined $7.5 million for destroying documents in an effort to cover up an investigation into wrongful marketing of its Retin-A acne cream to remove wrinkles. It also paid out a settlement regarding false claims over condom protection against HIV and other STDs.

In 2001, J&J paid out $860 million in a class action lawsuit for misleading customers about prematurely discarding its 1-Day Acuvue soft contact lens.

In 2010 the company paid an $81 million settlement for misbranding its anti-epileptic drug Topamax to treat psychiatric disorders and hiring outside physicians to join its sales force to promote the drug for unapproved conditions. The following year, J&J paid $85 million for similar charges against its heart drug Natrecor.

In 2011, it was discovered that several J&J baby products contained carcinogenic ingredients. In 2013, the US Justice Department charged the company $2.2 billion in criminal fines for marketing its autism and antipsychotic drug Risperdal for unapproved uses.

In October 2019, a Philadelphia jury awarded a man $8 billion in punitive damages for failing to warn that the drug could cause young men to grow breasts. Other suits include litigation over its blood thinner Xarelto risks of internal bleeding, and a $775 million settlement to 25,000 plaintiffs.

In 2016, two women were awarded $127 million in damages for ovarian cancer linked to talc in J&J’s baby powder. J&J knew for decades asbestos lurked in its baby powder, reported Reuters. Over 14,000 lawsuits were brought against the company over the talcum-cancer risk.

More recently, J&J was ordered to pay out more than $4 billion for its role in the nation’s opioid epidemic.