New York partnered with IBM to launch Excelsior Pass. The digital pass is portrayed as part of the state’s “safe reopening” plan, but is it really just a plan by Big Tech, Big Pharma and the government to commercialize personal health data? 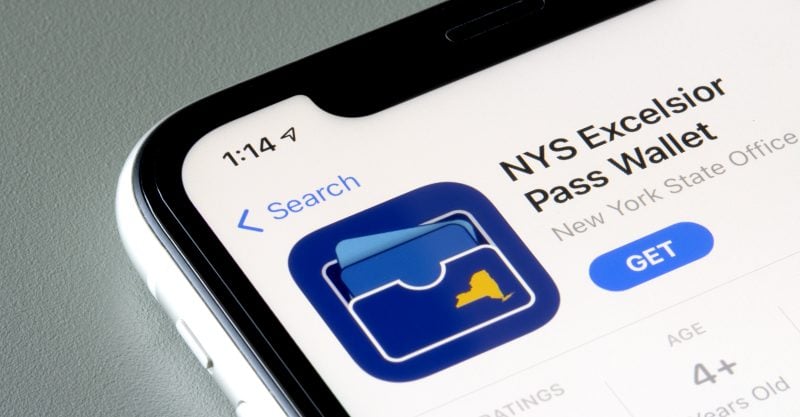 The pass is designed to provide a “free, fast and secure” way for New Yorkers to show proof of COVID-19 vaccination in order to gain entry to major sporting events, theatre and arts performances, concert halls and wedding venues.

How does Excelsior Pass work?

Excelsior Pass is a free app that can be downloaded on phones. It allows users to display a QR code verifying either proof of COVID vaccination or proof of a negative COVID test result.

Venues use a companion app to scan the user’s QR code which then generates either a green checkmark or a red X, depending on vaccination status or COVID test result. Users have to show a photo ID with their name and birth date to verify the pass belongs to them.

New Yorkers have the option to show alternate proof of vaccination or test results, for example, a different mobile application or paper form, to gain entrance to the business or venue. Upon entrance, users are still required to maintain social distancing, abide by mask guidelines and use proper hand hygiene.

Initially designed to allow entry to major venues such as Madison Square Garden in New York City, Times Union Center in Albany and other large venues for weddings, concerts and special events, the pass was later expanded for use at smaller arts, entertainment and event venues throughout the state.

This isn’t the first time IBM’s technology has played a key role in identifying and segregating people based on their health information.

According to Black, IBM was intimately involved in providing the punch cards and tabulating machines that helped Adolf Hitler carry out his ultimate plan. While this is not a well-known aspect of IBM’s history, the company has never denied any of the facts outlined in Black’s book. The book  details evidence based on more than 20,000 documents from seven countries, including internal IBM correspondence, memos from the U.S. Department of State and the U.S. Department of Justice, and from concentration camps.

Black’s book chronicles how IBM played a pivotal role in the Holocaust, in not only the identification and tabulation of Jews, but also their expulsion from society, including the confiscation of their property, ghettoization, deportation and ultimately their extermination.

How will IBM’s role differ this time?

IBM used its Digital Health Pass technology, which is part of the tech company’s Watson Works, to develop the Excelsior Pass. The pass is built on IBM’s own blockchain technology, allowing organizations and businesses to verify health credentials of individuals, employees, customers and other end users based on predetermined criteria specified by an organization, state or business.

IBM claims privacy is central and the data is secured and verifiable. The company also says the encrypted information is protected on the user’s digital wallet, and the user has “complete control” over how and with whom they share the information.

But how is sharing personal health data with Big Tech considered private? If someone is refused entrance to the workplace, a business or venue based on the Excelsior Pass, the person’s status would become known to colleagues at work, or strangers nearby at a social venue.

And what will IBM do with this data? How do we know IBM won’t turn over the data to government officials or sell it to other entities?

Requiring proof of a vaccine or a negative test result is a violation of fundamental human rights and promotes segregation based on unproven and experimental medical interventions. Let’s evaluate a few key factors:

Once Excelsior Pass rolls out, it will likely expand to include more businesses throughout New York and could expand to more states. Will New Yorkers be forced to show their Excelsior Pass to shop at their local groceries stores? Will New York follow in the footsteps of Los Angeles by mandating the COVID vaccine and use of a tracking app to attend school?

This appears to be a quid pro quo among Big Tech, Big Pharma and government that likely will lead to the commercialization of personal health data — and it could easily expand to other vaccine requirements in the future.

Many people are not aware of the Healthy People 2030 agenda, which ultimately will include an aggressive adult vaccine catch-up schedule. It’s easy to see how state government officials and businesses could easily add other vaccines to the Excelsior Pass for children and adults as necessary criteria for entry. This could lead to a systematic threat to our right to travel freely and could interfere with the ability to earn a living and conduct commerce.

Inching closer to a surveillance state

Yesterday in New York, bill S75, sponsored by Sen. Brad Hoylman, passed in the Senate Health Committee. Hoylman is also the author of the bill that repealed religious exemptions in 2019, and he has proposed legislation to mandate the HPV vaccine and annual flu vaccines for school children.

His most recent bill would require college students to get the COVID-19 vaccine.

Hoylman said during the Senate Health Committee hearing “ … this is important data that our health departments need as we battle COVID. This is really a matter of life or death, if we don’t get this information into public officials’ hands. This is not about consent or personal freedoms, this is about making certain that everyone is protected from this ravaging pandemic.”

The bill will now move forward to a full floor vote in the Senate, and the Assembly Health Committee will also vote on the companion bill. No dates have been scheduled yet but both votes are imminent.

This bill removes the right to privacy for vaccine status for adults in New York and confiscates personal health data in the name of “public health.” Any database collecting this information could be commoditized for broader use and will lead to targeting certain populations who aren’t receiving vaccines with efforts to coerce compliance and increase uptake rates.

A look at how health information has been commoditized in other countries and tabulated as a “social credit score” provides a glimpse into a dystopian future, where a person’s ability to participate in society is dependent on pharmaceutical consumption and participation in programs that track and trace every move and commoditize personal data for the benefit of corporations.

What can we do about it?

Together, we have the power to make a difference with our actions. Here are four actions we can take:

Ask your state lawmakers to oppose bills to mandate the COVID vaccine for New Yorkers. A bill was written to mandate the vaccine for virtually all New York citizens — adults and children — in the 2019-2020 legislative session, but has not yet been re-introduced for the 2020-2021 session. Hoylman recently introduced a new bill this legislative session that would make COVID-19 vaccines mandatory for post-secondary education. Let your state representatives know how these bills would affect your family (e.g. force you to move out of state, lose your job, lose the rights for your children to attend school, etc.).

Find out if your state representatives will support freedom of choice when it comes to your personal health decisions. Ask them  to support the counterbill, which prohibits mandatory vaccines  and provides a vaccine bill of rights to respect constitutional rights of New York citizens, recently introduced by Assm. David DiPietro (R).

As President Biden and our federal government contemplate a vaccine passport on the national level, it’s imperative to take action now. There are a number of states protecting civil liberties and maintaining choice. As of now, the governors of Florida, Texas, Utah, Idaho, Montana and Arizona have all passed legislation or issued executive orders prohibiting vaccine passports. The governors of Tennessee, Iowa and Georgia have stated their opposition.

Now is the time to keep the pressure on all states to preserve our fundamental liberties. In a very short period, we could see our country change into a surveillance state that revokes the very liberties and freedoms that our country was founded upon.

We face a critical time, where taking a stand and taking action is of utmost importance. Take the actions above and ask others to do the same. 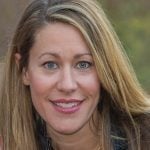