Are Pfizer and Moderna misleading the public about the efficacy of their COVID vaccines by withholding the fact that there’s another way to parse their data — one that has more real-world significance? 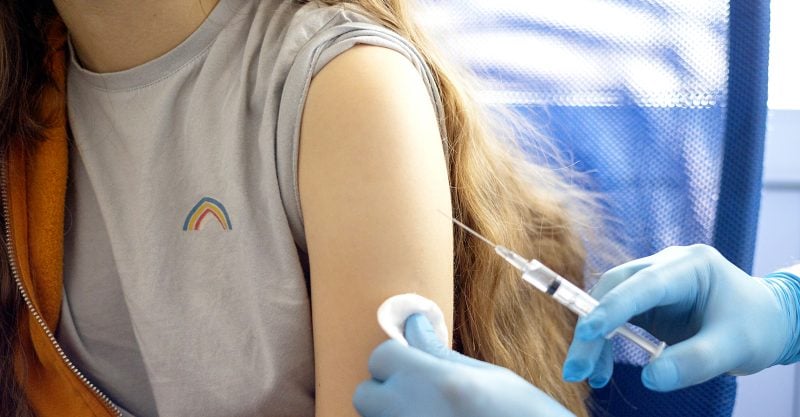 In 1954, writer and repentant cigarette industry lobbyist Darrell Huff wrote the best-selling book, “How to Lie with Statistics,” with the aim of teaching the general public how to decode the “secret language of statistics.”

In his introduction, Huff wrote: “Averages and relationships and trends and graphs are not always what they seem.” He added: “There may be more in them than meets the eye, and there may be a good deal less.”

Almost 70 years later, Huff’s admonition that a “well-wrapped statistic” can “sensationalize, inflate, confuse and oversimplify” seems more relevant than ever. For a pertinent modern-day example, one need look no further than COVID vaccine developers’ “headline-worthy” but misleading claims about their products’ “95% effectiveness.” As BMJ associate editor Peter Doshi and others have been confirming for months, these efficacy data are largely a matter of statistical smoke and mirrors.

Why are manufacturers’ claims about vaccine effectiveness misleading? Pfizer and Moderna declined to share with the public the fact that there is another way to parse their data that has more real-world significance.

Examining a statistic called absolute risk reduction — the number of percentage points that an individual’s risk goes down if they do something “protective” — the two companies’ COVID vaccines barely make a dent at all, reducing someone’s risk of experiencing COVID symptoms (the clinical trials’ endpoint) by less than 1%. This is the practical number that people are likely to care about most.

Knowing the paltry real-world impact of the injections on someone’s risk of developing COVID symptoms, how many people swayed by the misleading “95% effective” mantra might instead have decided to refuse the vaccines — products that have revealed themselves to be highly unsafe and, in some cases, fatal?

Unfortunately, topping its November efficacy claims for people 16 years and older, Pfizer just announced its COVID injection is “100% effective for 12-to-15 year-olds.” This announcement sets the stage for the U.S. Food and Drug Administration’s (FDA’s) predicted authorization of Pfizer’s unlicensed vaccine for the adolescent market.

Parents who know that COVID rarely poses a threat to children and adolescents may already be planning to keep their kids away from the experimental shots, but there are other reasons for taking Pfizer’s latest grandiose claims with a grain of salt.

In November — just before the FDA issued its initial Emergency Use Authorization (EUA) for Pfizer’s COVID vaccine — Doshi cautioned the public that Pfizer’s and Moderna’s efficacy results seemed dramatic only because the companies derived them from relative risk data.

Absolute risk, simply explained, is “the likelihood that an outcome will occur.” Relative risk “compares the risk of a health event … among one group with the risk among another group.”

When one does the math, the Pfizer clinical trial numbers showed: “The risk reduction in absolute terms [was] only 0.7%, from an already very low risk of 0.74% [in the placebo group] to a minimal risk of 0.04% [in the vaccine group].” (Dividing 0.7 — the difference between the two groups — by 0.74 is the mathematical calculation that produced the touted “95% effective” number).

Although the eight versus 162 PCR-confirmed COVID cases in the Pfizer trial may sound like a big difference to the casual reader, Peter Doshi subsequently alerted the public to the fact that Pfizer skewed its analysis by excluding more than 3,400 individuals with non-PCR-confirmed symptoms of COVID — individuals split almost evenly across the vaccine and placebo groups.

As Doshi wrote in The BMJ: “With 20 times more suspected than confirmed cases, this category of disease cannot be ignored simply because there was no positive PCR test result. Indeed this makes it all the more urgent to understand.”

Factoring in both the suspected and confirmed cases, Doshi noted, would drop the 95% relative risk figure down to 19%.

In 2019, the author of a pre-COVID paper, “How to Communicate Evidence to Patients” (quoted in a post-COVID blog), explained that relative risks “can exaggerate the perception of difference” between groups — especially, as in the case of COVID vaccines and many other medical interventions, “when the absolute risks are very small.”

Other researchers agree the concealment of “underlying absolute risks” (and the tendency to “overestimate” effects presented in relative terms) are a “major weakness” of relative risk data. For these reasons, many researchers insist that one risk measure “cannot be interpreted without the other.”

Elaborating on the importance of providing a “complete picture” and communicating both measures, European researchers writing in 2017 explained how relative risk data alone can mislead:

“When relative risks are used for the presentation of effects of a treatment, this can make the treatment seem better than it actually is. For example, investigators may claim that a certain treatment reduces mortality by 50% when the intervention reduces death rates from 0.002% to 0.001%, an improvement the clinical relevance of which may be questioned.”

In the vaccine arena, a subtle byproduct of a narrow focus on relative risk-based efficacy statistics is that the latter often eclipse meaningful discussions of safety.

Pfizer’s announcement of 100% effectiveness in younger adolescents seems intended to accomplish just such a goal, drawing attention away from the 4,178 post-COVID-vaccine deaths now reported (through May 3) to the U.S.-based Vaccine Adverse Event Reporting System (VAERS).

In Europe, the COVID vaccine fallout has been equally alarming: The EudraVigilance database lists 8,430 deaths (through Apr. 24) — and more than 354,000 injuries — following injection with one of the four emergency-authorized shots (made by Pfizer-BioNTech, Moderna, Janssen/Johnson & Johnson or AstraZeneca).

Supplementing reports to official databases, thousands of individuals have posted COVID vaccine injury stories on social media. Facebook recently deleted a group for COVID-19 vaccine victims and families that had in excess of 120,000 followers — the group “had been gaining more than 10,000 followers per week.” The company’s action is part of an unabashed Big Tech effort to curtail online discussions of vaccine risks and rebrand them as “misinformation.”

Fleming called on the Biden administration to immediately reevaluate “whether there’s any demonstrated efficacy” of the COVID shots. In Fleming’s view, the companies’ own data show that the injections have “no statistically significant benefit” and “make zero difference in stopping COVID.”

In the concluding chapter of “How to Lie with Statistics”, Huff encouraged members of the public to be more discerning and to “talk back” to and “face down” phony statistics. To this end, he recommended asking five simple questions, all of which could be helpful as the public scrutinizes the vaccine industry’s blanket pronouncements about COVID vaccine efficacy and safety and regulators’ moving-target statements about herd immunity:

As Children’s Health Defense Chairman Robert F. Kennedy, Jr. noted in January, “the absence of a placebo group in post-vaccination surveillance systems makes it easy for self-interested pharmaceutical and regulatory officials to undercount injuries by attributing them to coincidence.” Kennedy added, “Coincidence is turning out to be quite lethal to COVID vaccine recipients.”

The BMJ’s Doshi has shown that vaccine manufacturers are not above inappropriately excluding data, deviating from study protocols (and then hiding the deviations), using unofficially unblinded study groups and keeping raw data (even when taxpayer-funded) to themselves.

One way for the public to push back against this “strategic chicanery” and lethal “coincidences” is to follow the lead of rigorous questioners like Doshi, querying the “trustworthiness and meaningfulness” of reported results at every step.