The Vietnamese province of Thanh Hoa suspended a batch of Pfizer’s COVID vaccine after more than 120 teens were hospitalized after being vaccinated. According to news reports, three Vietnamese teens have died after getting the Pfizer vaccine. 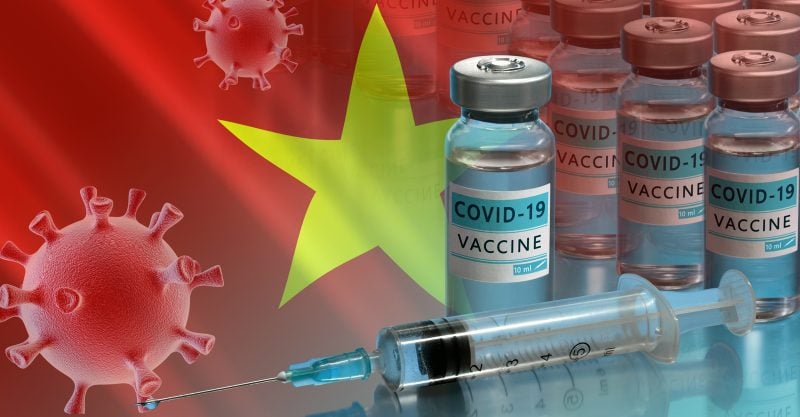 The Vietnamese province of Thanh Hoa suspended a batch of Pfizer-BioNTech’s COVID vaccine after more than 120 teens were hospitalized after being vaccinated.

According to the province’s Center for Disease Control (CDC), the teens were hospitalized for symptoms ranging from nausea and high fevers to breathing difficulties — with 17 children exhibiting severe reactions.

Vu Van Chinh, director of the Ha Trung District General Hospital, said side effects following vaccination are normal but are more likely to happen in children than adults.

Luong Ngoc Truong, director of the CDC, said although the province stopped using the current vaccine batch, “We still have other batches, also Pfizer vaccines, so we will continue vaccinating the children.”

The suspended batch was put into storage and could be used later for other groups like adults, Truong added.

Last week, four workers in Thanh Hoa’s Kim Viet shoe factory died after receiving the Vero Cell COVID vaccine, authorized in May by the World Health Organization for emergency use. The deaths were attributed to an “overreaction to the vaccine.”

Vietnam on Nov. 30 rolled out its COVID vaccination program for children 15 to 17 years old with Pfizer’s vaccine. Since then, three children have died after receiving their first dose.

The Health Ministry said the deaths were caused by “overreaction to the vaccine,” not by a problem with the quality of the vaccine or the vaccination process.

One of the three deaths reported in Vietnam includes a 12-year-old boy in the southern province of Binh Phuoc who died one day after his first Pfizer shot.

The boy received his vaccine Monday afternoon and was sent home to rest. After dinner, he experienced dizziness, abdominal pain and diarrhea. He was taken to a local hospital and then transferred to two others, but died Tuesday morning.

The Binh Phuoc Department of Health set up an expert panel to determine the cause of the 12-year-old’s death.

A 16-year-old boy in the northern Bac Giang Province, and a ninth-grade girl in Hanoi, both died Sunday after receiving Pfizer’s COVID vaccine.

Drugmakers Pfizer and Merck on Nov. 24 agreed to give licenses to firms in Vietnam to produce COVID treatment pills — paxlovid (Pfizer) and molnupiravir (Merck).

Vietnam is one of 95 low- and middle-income countries allowed to produce the pills through a voluntary licensing agreement with the Medicines Patent Pool, an international public health group backed by the United Nations.

According to the latest data from the U.S. Vaccine Adverse Event Reporting System, there have been 18,558 reported adverse events following Pfizer’s COVID vaccine among 12- to 17-year-olds.