We have less than 24 hours to stop the World Health Organization’s proposed “global accord on pandemic prevention, preparedness and response,” a plan that would strip nations of the right to determine their own health policies in the event of a pandemic. 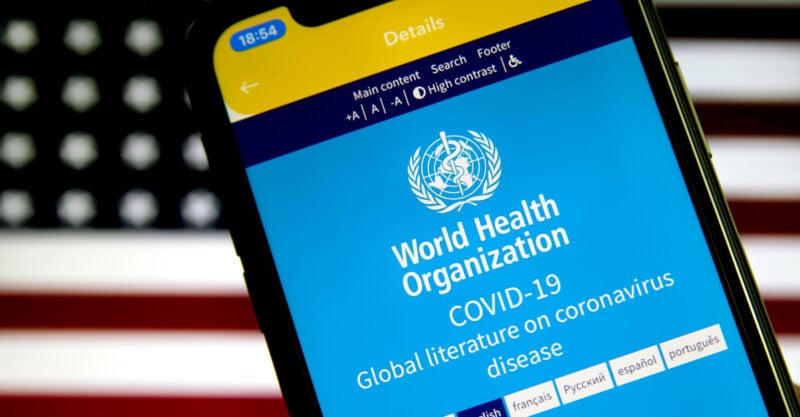 We only have until Wednesday at 11 a.m. ET to let the World Health Organization (WHO) know what we think about its proposed “global accord on pandemic prevention, preparedness and response.”

Take action! Go to the World Council for Health website and use its platform to weigh in on the WHO’s global accord on pandemic prevention, preparedness and response.

Submissions must be in response to the provided guiding question: What substantive elements do you think should be included in a new international instrument on pandemic preparedness and response?

In a special session, only the second-ever such session since the agency’s founding in 1948, the WHO’s Health Assembly met in December 2021 to adopt an agreement titled: “The World Together.”

The decision by the Health Assembly established an intergovernmental negotiating body to draft and negotiate the WHO Pandemic Preparedness Agreement.

Health Policy Watch reported the agreement will focus on “incoherent policymaking by member states and lack of international cooperation.”

What this means precisely is anyone’s guess, but it suggests a new global health governance that will strip nations of the right to determine their own health policy in the event of a pandemic.

However, the agreement doesn’t stop with pandemics.

The intergovernmental negotiating body also is instructed to address “the unsustainable food production and livestock breeding, wildlife trading, resource-intensive lifestyles and consumption, destruction of ecosystems, antimicrobial resistance and soaring figures of cancer” along with a range of other issues.

Such a binding agreement would stop countries like Sweden from preventing lockdowns and mandates within their borders as they did during the COVID-19 pandemic.

It could also prevent states such as Texas, Florida or Tennessee from defying federal and global mandates.

The underlying agenda envisions a world where WHO supersedes the authority of every signatory nation’s individual constitution.

The Biden administration announced it wants issues of “health equity” included in the Pandemic Preparedness Agreement, according to Politico.

Aside from the Politico report on Biden’s equality agenda, the media have reported very few details about the WHO’s sweeping treaty — which effectively is being negotiated in secret.

Buzzwords like “equity” can easily be used to conceal a hidden agenda to centralize global control of public health to benefit Big Pharma, major corporations and global financial capital.

You can help, but you must act today

Let the WHO know public health is not a one-size-fits-all program. We need people and communities in control of their own health.