What Big Ag Doesn’t Want You to Know: Small Farms Can Feed the World

According to a new peer-reviewed paper, “The Myth of a Food Crisis,” corrupt philanthropic and academic sectors in agriculture and development perpetuate the lie that Big Ag is the only way to feed the world. 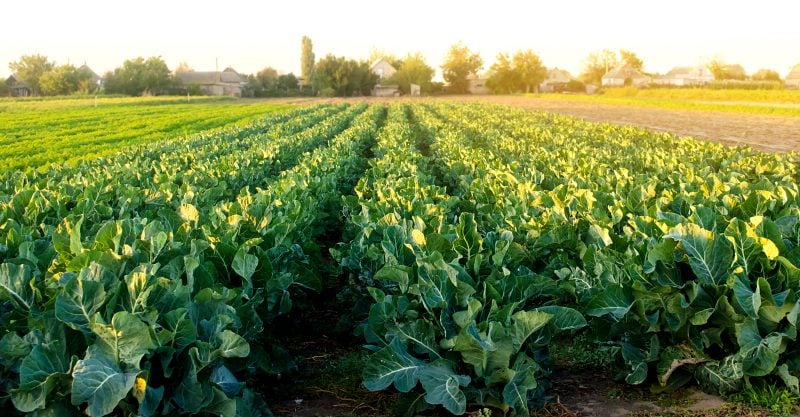 Sustainable, local, organic food grown on small farms has a tremendous amount to offer. Unlike chemical-intensive industrial-scale agriculture, it regenerates rural communities; it doesn’t pollute rivers and groundwater or create dead zones; it can save coral reefs; it doesn’t encroach on rainforests; it preserves soil and it can restore the climate. Why do all governments not promote it?

For policymakers, the big obstacle to global promotion and restoration of small-scale farming (leaving aside the lobbying power of agribusiness) is allegedly that, “it can’t feed the world.” If that claim were true, local food systems would be bound to leave people hungry and so promoting them becomes selfish, short-termist and unethical.

Nevertheless, this purported flaw in sustainable and local agriculture represents a curious charge because, no matter where one looks in global agriculture, food prices are low because products are in surplus.

Often, they are in huge surplus, even in the hungriest countries. Farmers will tell you they are going out of business because, as a result of these surpluses, prices are low and continuously falling. Indeed, declining agricultural prices are a broad trend continuing, with the odd blip, for over a century, and applying to every commodity. This downward trend has continued even through a recent biofuel boom designed to consume some of these surpluses. In other words, the available data contradict the likelihood of food shortages. Despite the rising global population, food gluts are everywhere.

The standard justification for claiming that these surpluses will one day turn into global food shortages comes from various mathematical models of the food system. These models are based on food production and other figures supplied to the UN by national governments. Whereas anecdotal or local evidence is necessarily suspect, these models claim to be able to definitively assess and predict the enormous, diverse and highly complex global food system.

The most prominent and most widely cited of these food system models is called GAPS (Global Agriculture Perspectives System). GAPS is a model created by researchers at the Food and Agriculture Organization (FAO) in Rome. These models — and most often GAPS — are thus what is being cited in any quantitative discussion of future food needs. GAPS, for example, is the basis for the common ‘60% more food needed by 2050’ prediction, what Britain’s chief scientist John Beddington called “a perfect storm” facing humanity.

How reliable are these food system models?

In 2010 Professor Thomas Hertel of Purdue University gave the annual presidential address of the U.S. Agricultural and Applied Economics Association. He chose to discuss the ability of mathematical models like GAPS to predict future supplies (this work was subsequently published). Hertel told his audience that those models are faulty.

What Hertel highlighted is that economic analysis has plainly shown that food supplies respond to long-term prices. That is, when prices for food items increase, food production also increases. For example, when prices increase, it becomes more worthwhile for farmers to invest in boosting their yields; but when prices are low there is little such incentive. Other actors in the food system behave similarly.

Yet global food models, noted Hertel, have adopted the opposite interpretation: they assume global food supplies are insensitive to prices.

In the firm but diplomatic tone expected of a presidential address, Hertel told his audience:

“I fear that much of this rich knowledge has not yet worked its way into the global models being used for long run analysis of climate, biofuels and agricultural land use … it is not clear that the resulting models are well-suited for the kind of long run sustainability analysis envisioned here.”

This is rather important. Since the whole point of these models is long-term prediction, if global food models underestimate the ability of food systems to adjust to higher demand, they will tend to predict a crisis even when there isn’t one.

Like all mathematical models, GAPS and other food system models incorporate numerous assumptions. These assumptions are typically shared across related models, which is why they tend to give similar answers. The reliability of all such models therefore depends crucially on the validity of shared assumptions like the one Hertel focused on.

Hertel’s analysis therefore prompts two important questions. The first is this: If GAPS contains an assumption that contradicts the collective wisdom of conventional agricultural economics, what other questionable assumptions hide in global food models?

Surprisingly though, given the stakes, scarcely any attention has been devoted to rigorous independent testing of these crucial assumptions.

The second question is this: Is it significant that the error identified by Hertel will tend to generate predictions that are unnecessarily alarmist?

In a new peer-reviewed paper, “The Myth of a Food Crisis,” I have critiqued FAO’s GAPS — and by extension all similar food system models — at the level of these, often unstated, assumptions.

“The Myth of a Food Crisis” identifies four assumptions in food system models that are especially problematic since they have major effects on the reliability of modeling predictions. In summary, these are:

1. That biofuels are driven by ‘demand.’

As the paper shows, biofuels are incorporated into GAPS on the demand side of equations. However, biofuels derive from lobbying efforts. They exist to solve the problem of agricultural oversupply. Since biofuels contribute little or nothing to sustainability, land used for them is available to feed populations if needed. This potential availability (e.g., 40% of U.S. corn is used for corn ethanol) makes it plainly wrong for GAPS to treat biofuels as an unavoidable demand on production.

2. That current agricultural production systems are optimized for productivity.

As the paper also shows, agricultural systems are typically not optimized to maximize calories or nutrients. Usually, they optimize profits (or sometimes subsidies), with very different results. For this reason, practically all agricultural systems could produce many more nutrients per acre at no ecological cost if desired.

3. That crop “yield potentials” have been correctly estimated.

Using the example of rice, the paper shows that some farmers, even under suboptimal conditions, achieve yields far in excess of those considered possible by GAPS. Thus the yield ceilings assumed by GAPS are far too low for rice and probably other crops too. Therefore GAPS grossly underestimates agricultural potential.

As the paper also shows, a significant proportion of annual global production ends up in storage where it degrades and is disposed of without ever being counted by GAPS. There is thus a very large accounting hole in GAPS.

Thus GAPS and other models underestimate supply and exaggerate demand.

The cumulative effect is dramatic. Using peer-reviewed data, the discrepancy between food availability estimated by GAPS and the underlying supply is calculated in the paper. Such calculations show that GAPS and other models omit approximately enough food annually to feed 12.5 billion persons. That is a lot of food, but it does perfectly explain why the models are so discrepant with policymakers’ and farmers’ consistent experiences of the food system.

The consequences of this analysis are very significant on a number of fronts. There is no global shortage of food. Even under any plausible future population scenario or potential increases in wealth, the current global glut will not disappear due to elevated demand. Among the many implications of this glut is, other things being equal, global commodity prices will continue to decline. The potential caveat to this is climate chaos. Climate consequences are not factored into this analysis. However, for people who think that industrial agriculture is the solution to that problem, it is worth recalling that industrialized food systems are the leading emitter of carbon dioxide. Industrializing food production is therefore not the solution to climate change —­ it is the problem.

Another significant implication of this analysis is to remove the justification for the (frequently suggested) adoption of special and sacrificial ‘sustainable intensification’ measures featuring intensive use of pesticides, GMOs and gene edited organisms to boost food production. What is needed to save rainforests and other habitats from agricultural expansion is instead to reduce the subsidies and incentives that are responsible for overproduction and unsustainable practices.

In this way, harmful agricultural policies can be replaced by ones guided by criteria such as ecological sustainability and cultural appropriateness.

A second implication stems from asking: if the models err on such elementary levels, why are critics largely absent? Thomas Hertel’s critique should have rung alarm bells. The short answer is that the philanthropic and academic sectors in agriculture and development are corrupt. The form this corruption takes is not illegality — rather that, with important exceptions, these sectors do not serve the public interest, but their own interests.

A good example is the FAO, which created GAPS. The primary mandate of FAO is to enable food production — its motto is Fiat Panis — but without an actual or imminent food crisis there would hardly be a need for an FAO. Many philanthropic and academic institutions are equally conflicted. It is no accident that all the critics mentioned above are relative or complete outsiders. Too many participants in the food system depend on a crisis narrative.

But the biggest factor of all in promotion of the crisis narrative is agribusiness. Agribusiness is the entity most threatened by its exposure.

It is agribusiness that perpetuates the myth most actively and makes best use of it by endlessly championing itself as the only valid bulwark against starvation. It is agribusiness that most aggressively alleges that all other forms of agriculture are inadequate. This Malthusian spectre is a good story, it’s had a tremendous run but it’s just not true. By exposing it, we can free up agriculture to work for everyone. 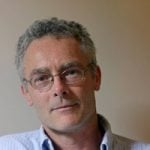 Jonathan Latham, Ph.D., is the executive director of The Bioscience Resource Project.