According to emails obtained by U.S. Right to Know, four U.S. virologists who published a widely cited commentary rebutting the theory that SARS-CoV-2 might have been engineered in a lab, privately acknowledged they could not “rule out the possibility” of a lab leak. 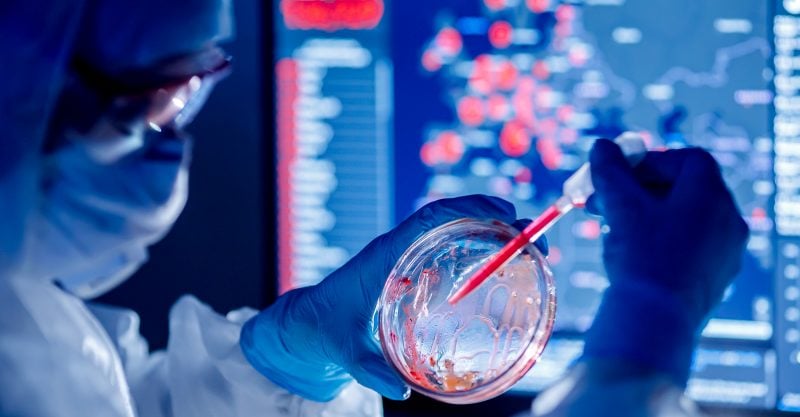 According to emails obtained by U.S. Right to Know, four prominent U.S. virologists who published a widely cited commentary strongly rebutting the theory that SARS-CoV-2, the novel coronavirus that causes COVID-19, might have been engineered in a lab privately acknowledged that they could not “rule out the possibility” of a lab leak.

Four prominent U.S. virologists who published a widely cited commentary strongly rebutting the theory that SARS-CoV-2, the novel coronavirus that causes COVID-19, might have been engineered in a lab privately acknowledged that they could not “rule out the possibility” of a lab leak, according to emails obtained by U.S. Right to Know.

The emails discuss the need for careful wording of the commentary titled “No credible evidence supporting claims of the laboratory engineering of SARS-CoV-2,” which was published in the journal Emerging Microbes & Infections (EMI) on Feb. 26, 2020.

Published at a time when countries were grappling with the rapid spread of COVID-19, the commentary, which concluded that “SARS-CoV-2 shows no evidence of laboratory origin,” was shared widely in the scientific community.

By the end of 2020, it had been downloaded 75,000 times and was the third most popular article in 2020 for academic publisher Taylor & Francis.

It and another influential statement denying a lab origin were published less than two months after the identification of SARS-CoV-2, when the importance of scientific studies to limit the spread and find treatments for COVID-19 were crucial.

The communications within these emails, as well as others obtained and shared publicly by U.S. Right to Know, indicate involvement by individuals with undisclosed conflicts of interest, limited peer-review and a lack of even-handedness and transparency regarding the consideration of lab-origin theories within the scientific community.

The published EMI commentary outlined multiple arguments as to why SARS-CoV-2 was not the result of laboratory engineering, arguing it was “more likely” the virus originated “in nature between a bat CoV and another coronavirus in an intermediate animal host.”

However, in a Feb. 16, 2020 email, Liu wrote to Weiss “we cannot rule out the possibility that it comes from a bat virus leaked out of a lab.”

The emails reveal other questionable details behind the commentary. On Feb. 11, EMI’s Lu wrote to Su and Liu about suggested changes to the commentary, “ … It is better not going to too much science/tech details as it can only confuse people and provide more room for people to raise more questions.”

Emails show EMI solicited and expedited publication of the commentary and waived fees normally associated with publication. EMI’s Lu wrote to authors Liu and Su, “Yes, just a secret to you two and not share with others. When I put a super fast review and accept (basically no review), the JEO [Journal Editorial Office] of T&F, became very suspicious and wanted her boss to check and approve.”

Su replied: “Thanks for speeding it up, bro!”

“Frightening to think it may have been engineered“

An important part of the debate over the origin of SARS-CoV-2 is the existence of a furin cleavage site (FCS) at the junction between the SARS-CoV-2 spike protein domains, S1 and S2. SARS-CoV-2 belongs to a group of viruses known as betacoronaviruses lineage B. The FCS, however, does not appear in any of the other coronaviruses in this group. One argument in support of the lab origin hypothesis is that the FCS within the SARS-CoV-2 spike protein could be a result of laboratory manipulation.

The EMI commentary does not address the existence of the FCS, even though it is widely considered one of the strongest pieces of evidence of lab engineering. Evidence supports the importance of the FCS in the ability of SARS-CoV-2 to infect human cells and tissues. Engineering FCS within coronaviruses is a well-known practice in coronavirus research labs.

Email exchanges between the co-authors show that though their commentary did not address the issue, they discussed the troubling implications.

In one Feb. 16 email Weiss wrote: “I don’t think it is likely that bat virus leaked into humans in the lab- is there any evidence that someone from the Wuhan lab is infected? …– lineage B Bat viruses generally do not have the furin site…I doubt very much it was engineered in[,] in the lab. Doesn’t make sense.”

Five days later, however, Weiss wrote to Liu: “I find it hard to imagine how that sequence got into the spike of a lineage b betacoronavirus- not seen in SARS or any of the bat viruses.”

Liu wrote back: “I completely agree with you, but rumor says that furin site may be engineered…”

Weiss replied: “I have been speculating- how can that site have appeared at S1/S2 border- I hate to think to was engineered- among the MHV [mouse hepatitis virus] strains, the cleavage site does not increaser [sic] pathogenicity while it does effect entry route (surface vs endosome). [S]o for me the only significance of this furin site is as a marker for where the virus came from- frightening to think it may have been engineered.”

Weiss wrote in another email: “I remain concerned about the insertion of the furin site.”

The emails also show the commentary included the involvement of coronavirus expert Ralph Baric of the University of North Carolina and Chinese virologist Shi Zhengli, of the Wuhan Institute of Virology.

Baric and Shi have been central figures in ongoing inquiries regarding the potential origins of SARS-CoV-2 and whether or not there is a connection between the virus and gain-of-function research collaborations between the university and the institute. Such collaborations have been funded in part by the USAID-EPT-PREDICT program through an organization called EcoHealth Alliance.

The emails show the authors of the EMI commentary asked Baric and Shi to review the EMI commentary before its publication, and included some of their comments in revisions. Neither Shi nor Baric were listed as co-authors or acknowledged as contributing.

EMI’s Lu wrote to the authors, “We don’t want to appear that we are defending Ralph even though he did nothing wrong.”

Over the last year and a half, a few scientists have privately expressed concerns about signatures of lab engineering seen in the SARS-CoV-2 genome but later authored commentaries arguing against a lab origin of SARS-CoV-2.

Documents show that Kristian Andersen, a virologist with the Scripps Research Institute, emailed Anthony Fauci, director of the National Institute of Allergy and Infectious Diseases, early in 2020 expressing concerns about possible genetic engineering of the virus.

Andersen had a conference call with Fauci and other scientists in February 2020, and shortly after led the authoring of a high profile article, published as a correspondence in the journal Nature Medicine, specifically arguing against any possible laboratory engineering of the virus.

U.S. Right to Know obtained the emails about the EMI commentary from an Ohio Public Records Act request to Ohio State University for emails of Professor Shan-Lu Liu.

U.S. Right to Know believes transparency in science is critical for understanding the origins of SARS-CoV-2, determining control and treatment of the virus, regulating research involving dangerous pathogens, and preventing future pandemics. 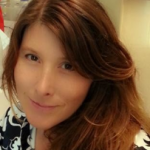 Shannon Murray, Ph.D., is a staff scientist at U.S. Right to Know.