In an interview with Russell Brand, journalist Matt Taibbi explained why he believes the collapse of the 2008 economy was part of The Great Reset. 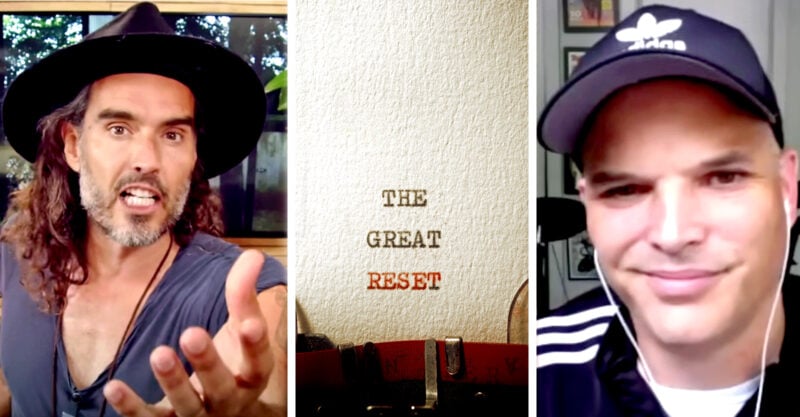 What did the 2008 financial crash have to do with The Great Reset, a more contemporary topic of conversation?

Plenty, according to journalist and author Matt Taibbi, who in a recent interview with Russell Brand, explained how he believes the two are linked.

Taibbi told Brand he initially noticed a public outcry while interviewing people on the campaign trail during the first presidential election after the financial crash of 2008.

“There was suddenly a huge amount of discontent from people who would normally never think negatively about Wall Street, who were suddenly saying things like, ‘How come they bailed out X company and I had to go into foreclosure? Why did that happen?’” Taibbi said.

People angered by the U.S. government’s response and financial restructuring after the 2008 crash had questions, he said, including:

More recently, Taibbi said, people are upset about the actions of a centralized group of powerful organizations and individuals, especially as those actions relate to COVID-19 policies.

“Today we’re talking about The Great Reset and how this project came about [and] how people’s trust in democracy — particularly in the United States — has been eroded ever since the 2008 financial crash.”

Brand said he thought people were “betrayed” under the Obama administration. “An administration,” he added, “for which many people — and I include myself in this — felt a great deal of what we now have to acknowledge was cock-eyed optimism.”

Despite initial feelings of optimism, Brand said he now believes U.S. government officials under Obama made choices that benefitted certain powerful groups and individuals at the expense of the people.

“How are we ever going to arrest that?” Brand asked.

Brand pointed out recent events he believes are related to The Great Reset and people’s resistance to it, including:

Commenting on the truckers’ convoy in Canada, Taibbi said:

“What was so scary about the Canadian trucker situation was this idea that there is a mechanism by which we [the proponents of The Great Reset] can turn off your ability to raise money for political action if we decide that it qualifies as threatening during this pandemic emergency.

“People got very nervous about that with a lot of justice.”

Contributing to the paranoia, Taibbi said, “There was the financial aspect” of the COVID-19 pandemic.

According to Taibbi, the U.S. government “spent $4.6 trillion of federal reserve money” by dumping it into the stock market, which “made lots of people very wealthy.”

“The pain is going to us the people who are not in the financial services industry,” he said. “Again, the wealth gap is going to grow the same way it grew after the 2008 bailouts.”