Economist and former Labor Secretary Robert Reich has some advice for anyone wondering why U.S. politicians write legislation that benefits pharmaceutical companies and hurts consumers: “Follow the money.” 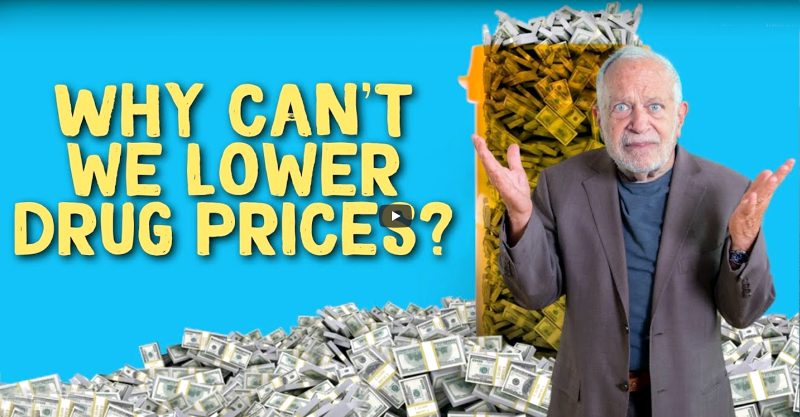 For anyone wondering why U.S. politicians write legislation that benefits pharmaceutical companies and hurts consumers, economist and former Labor Secretary Robert Reich has some advice.

Reich pointed to four key Democrats in Congress who are actively taking money from the pharmaceutical industry, and explained how they are blocking a policy proposal which would allow the federal government to negotiate drug prices.

“Are they doing this because the policy is unpopular?” asked Reich. “No — 90% of their constituents support the policy,” he said.

According to Reich, Sen. Kyrsten Sinema (D-Ariz.), who opposes the policy, took more than $519,000 in campaign donations from the pharmaceutical industry.

U.S. Rep. Scott Peters (D-Calif.) has taken more than $860,000 from the industry. Reich said the day after Peters publicly opposed using Medicare to negotiate lower drug prices, “he began to receive thousands of dollars in campaign contributions from executives from pharmaceutical companies and the industry’s powerful lobbying group.”

As The DailyPoster pointed out, Peters’ wife is the CEO of an investment firm whose portfolio includes a company which assists the pharmaceutical industry with manufacturing — but Peters said that it’s “ridiculous” to believe he has a conflict of interest.

Reich also accused U.S. Rep. Kurt Schrader (D-Ore.) of working on behalf of the industry. Not only has Schrader received more than $614,000 from pharma and industry lobbying groups, but as Reich points out, one of Schrader’s top aides left the congressman’s office last year to begin working for Washington’s most powerful industry lobbying group, PhRMA, the Pharmaceutical Researchers and Manufacturers of America.

Schrader’s ties to the drug industry don’t stop there. According to The Daily Poster, “Schrader reportedly received ‘a quite large inheritance’ from his grandfather who was a senior executive at Pfizer.”

Scrader told a NBC affiliate in Portland he’s proud of the work his grandfather did at Pfizer.

“The grand total is over $2 million in big pharma cash for these four lawmakers,” said Reich. “These are small investments if you think about the giant return for the industry.”