"Unless we break the stranglehold of these massive corporations over our medicines, the injustice will continue." — Global Justice Now 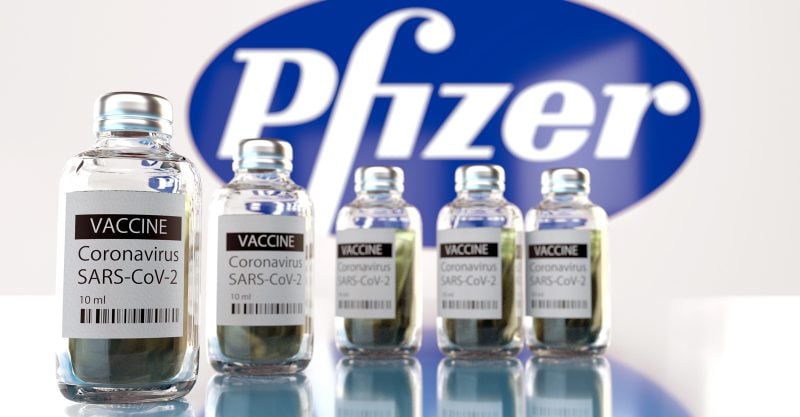 Campaigners in the U.K. on Wednesday warned that just two days after pharmaceutical giant Pfizer shared positive early results of its coronavirus vaccine trial, mass purchases of the vaccine by the world’s richest countries have left more than 85% of the global population — namely, the world’s poorest — without any way to access it.

Pfizer says it can produce 1.35 billion doses of the vaccine, which was shown according to Pfizer’s first formal review to be 90% effective at preventing coronavirus infection in patients who have never had the virus, by the end of 2021. More than one billion of those doses — 82% of the supply — have already been purchased by wealthy countries.

Over 80% of #Pfizer‘s vaccine doses have already been bought by the richest governments (= only 14% of global population). This shows just how screwed the pharma system is, and how empty the promises of western leaders like Johnson. #PeoplesVaccine Now! https://t.co/BiHlvfASvg

In a statement, the British campaign group Global Justice Now noted that Pfizer’s partner in the development of the vaccine, German manufacturer BioNTech, has received financing of €375 million ($441 million) from the German government and €100 million ($117 million) from the European Investment Bank.

“Pfizer claims not to have had any state support, but the advance purchase of a billion doses of an unproven drug, not to mention the tax breaks and direct public funding of Pfizer’s partner suggests their claim is misleading at best,” said Global Justice Now director Nick Dearden. “Unless we break the stranglehold of these massive corporations over our medicines, the injustice will continue.”

Global Justice Now noted that Pfizer is likely to give some doses to developing countries through the World Health Organization’s COVID-19 Vaccines Global Access Facility (COVAX). However, those doses are expected to make up a small fraction of those produced by Pfizer, leaving billions of people without access to the vaccine.

COVAX has been undermined by the refusal of some wealthy countries, including the U.S., to take part in the global effort to ensure vaccine access, and now by mass purchases by some of those same countries.

“You couldn’t get a clearer example of how unequal the pharmaceutical system is — some make billions of pounds, while many others die because they cannot afford treatments or there are no more left for them to buy,” Dearden said. “It’s got to change.”

Global Justice Now repeated its call from earlier this week for the suspension of global patent rules to make it possible for poor countries to develop generic versions of Pfizer’s vaccine. South Africa and India last month proposed that the World Trade Organization (WTO) suspend the rules on intellectual property for vaccines and treatments related to COVID-19.

“It is imperative that we end the vaccine nationalism and that sufficient supply is made available to all, on a fair basis, as a matter of urgency,” said Dearden. “That can be helped by supporting governments like South Africa and India who are trying to suspend intellectual property rules at the WTO during this global emergency.”