Demonstrations will be held Friday and Saturday, March 19 - 20, to protest the deployment of 5G, a technology that poses health risks, encourages debris-generating satellite collisions, causes depletion of the ozone layer and is a major factor in the weaponization of space. 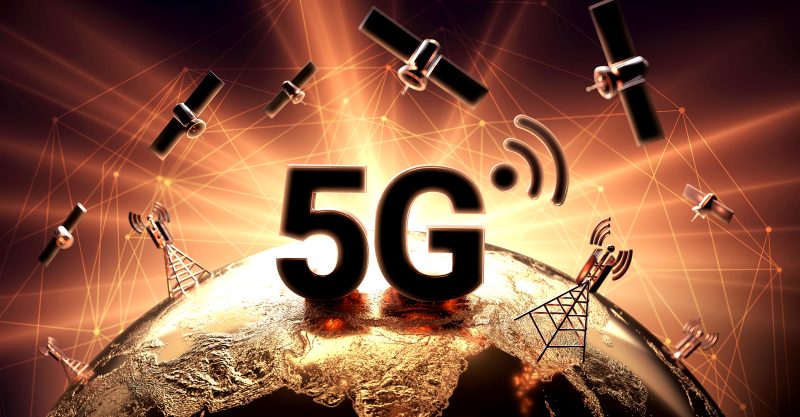 Demonstrations will be held Friday and Saturday, March 19 – 20, to protest the deployment of 5G — a technology that poses health risks, encourages debris-generating satellite collisions, causes depletion of the ozone layer by the huge number of launches planned and is a major factor in the weaponization of space.

The “5G SpaceX Satellite Protest” will take place March 19 at the headquarters of SpaceX in Hawthorne, California. SpaceX, of which Elon Musk is founder and CEO.

Details about the protest can be found here.

On March 20, a “5G Global Protest Day” will take place with protests planned around the world. Details can be found here.

SpaceX is deeply involved in launching the small satellites being placed in low-earth orbit for 5G. Last week, the company launched a rocket carrying another 60 satellites, and it plans to send up tens of thousands in the next few years under its Starlink program.

Last year, the Federal Communications Commission (FCC) granted SpaceX permission to erect up to one million antennas on earth to serve as transceivers linked to the satellites.

“The planet is calling out to us,” said Julie Levine, coordinator of 5G Free California. “If ever there was an existential crisis on earth, we are in it now. Please join us in taking action.”

Telecommunications companies are advertising heavily to promote 5G, described as the fifth-generation of wireless, to consumers. And with the military component a large factor, there has also been a big push by the Pentagon.

Dafna Tachover, director of the Children’s Health Defense Stop 5G and Wireless Harms Project, said: “Science on the health risks of wireless radiation has been accumulating for decades. Heedless of the dangers, government and the telecom industry continue to propagate wireless technologies and infrastructure, helped along by captive regulatory agencies and successful effort, including legislative, to silence public debate about health effects.”

Tachover added: “At the same time, media campaigns and apps designed to addict the public — and especially children — have been effective in generating consumer enthusiasm. As a result, the wireless transformation has been hugely profitable.”

According to epidemiologist Dr. Devra Davis, founder and president of the Environmental Health Trust:

“Proposed 5G wireless installations transmit radiofrequency emissions that cause environmental pollution linked to cancer, DNA damage, neurological damage and other adverse health and environmental effects, including on birds, bees and trees, according to internationally recognized authoritative research. The prestigious institutions that have conducted these studies include the U.S. National Toxicology Program, the nation’s premier testing institute, and the Ramazzini Institute, a foremost testing center in Italy.”

Davis noted that an immediate moratorium on 5G has been called for by more than 400 scientists and supported by thousands of medical doctors, as cited in a court challenge last year by Environmental Health Trust to the FCC’s actions — and inaction — on 5G.

Moreover, Davis said, “Wired technologies such as fiber or coaxial cable are far superior to wireless as they are faster, more reliable, more resilient, more energy-efficient and more easily defended from cyber-attacks. Above all, wired connections are significantly less hazardous to our health and to other life forms with whom we share this planet.”

In a Scientific American article, Dr. Joel Moskowitz, director of the Center for Family and Community Health in the School of Public Health at the University of California, Berkeley, wrote:

In “We Have No Reason to Believe 5G Is Safe,” Moskowitz noted “we have considerable evidence about the harmful effects of 2G and 3G” and “little is known about the effects of exposure to 4G, a 10-year-old technology, because governments have been remiss in funding this research.”

Moskowitz asks: “As a society, should we invest hundreds of billions of dollars deploying 5G, a cellular technology that requires the installation of 800,000 or more new cell antenna sites in the U.S. close to where we live, work and play?”

According to “What 5G Means to the Military,” published Dec. 2, 2020, on the Military & Aerospace Electronics website:

The article further states: “The promise of 5G is for instant situational awareness anywhere on earth, smart hypersonic weapons with re-targeting on-the-fly, rich access to mission-critical data on the leading edge of the battlefield.”

The U.S. is seeking to acquire “volumes of hundreds or even thousands” of “stealthy” hypersonic missiles, according to an article published in a May 2020 issue of Aviation Week & Space Technology.

“Military experts foresee that the 5G system will play an essential role for the use of hypersonic weapons — missiles, including those bearing nuclear warheads, which travel at a speed superior to Mach 5 … in order to guide them on variable trajectories, changing direction in a fraction of a second to avoid interceptor missiles,” according to “The Hidden Military Use of 5G Technology,” by Manlio Dinucci. The original article was published in the Italian web newspaper, Il Manifesto. Telesur published a version of the article in English in December 2019.

Dinucci cites a report, “Defense Applications of 5G Network Technology, ”published by the Defense Science Board, a federal committee that provides scientific advice for the Pentagon. According to Dinucci, the report states: “The emergence of 5G technology, now commercially available, offers the Department of Defense the opportunity to take advantage, at minimal cost, of the benefits of this system for its own operational requirements.”

On Oct. 8, 2020, the U.S. Department of Defense (“DOD) announced $600 million in awards for 5G experimentation and testing at five U.S. military test sites. According to the DOD, the awards represented “the largest full-scale tests for dual-use applications in the world.”

The term “dual-use” is common in the U.S. space program to describe a program that has both a civilian and military purpose. The DOD press release stated: “The Department of Defense is at the forefront of cutting edge 5G testing and experimentation, which will strengthen the Nation’s warfighting capabilities as well as U.S. economic competitiveness in this critical field.”

The DOD identified the five 5G test sites as: Hill Air Force Base in Utah; Joint Base Lewis-McChord in Washington; Marine Corps Logistics Base in Georgia; Naval Base San Diego in California; and Nellis Air Force Base in Nevada.

A Feb. 23 article on the Defense One website, “Pentagon Looks to Tap 5G in Space,” summed up the military’s 5G drive this way: “Space Force officials and others in the Air Force office responsible for enterprise data transport intend to tap ‘rapidly emerging 5G technologies to support space data transport terrestrially, in space, and in the space-ground links,’ according to a request for information published by the latter Thursday.”

As for the military component of 5G, Bruce Gagnon, coordinator of the Global Network Against Weapons & Nuclear Power in Space, said in an interview:

“It is no surprise that the corporate media is pushing 5G so widely and eagerly — without the slightest bit of critical thought. The Pentagon knows that faster speeds from 5G will enable greater space surveillance, targeting and offensive military operations as a result.

“Launches of tens of thousands of 5G satellites will ensure that every person on Earth will have a satellite over their head 24/7. Imagine the surveillance and targeting capabilities that would become available. And the taxpayer is fronting much of the money. The DOD and NASA are awarding hundreds of billions of dollars to the likes of Elon Musk of Space X and other private launch corporations to hoist the 5G satellites into the heavens.”

According to Gagnon, there is another downside to all these 5G satellite launches: “With each launch, the resulting toxic rocket fuel is punching a larger hole in our planetary ozone layer which exacerbates the climate crisis. In addition, the orbital parking lots, which are already quite crowded, are quickly filling up, which will become a point of conflict in the near future as other nations become agitated that the U.S. is grabbing most of the parking spaces in the increasingly contested orbits.”

Gagnon said there is presently no national or international regulation over the use of space. Not only is this a worry because of the resulting increase in dangerous space debris, “but one must recognize that humankind is creating a deadly new arena of competition and military confrontation,” he said.

“It is up to all of us,” Gagnon said,“to speak out and demand that NASA, the FCC, the United Nations and the Pentagon quickly undertake a process of fair regulation of space launch operations. If not done immediately we will face a cascade of deadly collisions and even war in space.”

Gagnon said there are many reasons to oppose 5G — health impacts, environmental impacts, loss of the night sky which is angering astronomers — “but the military use of 5G is possibly the worst as it needlessly accelerates the already huge concern about keeping space for peace.”

StopG International is asking individuals and organizations to sign its “Open Letter to Elon Musk & SpaceX.” The letter reads in part:

“We are writing to you at this time because SpaceX is in the process of surrounding the Earth with a network of thousands of satellites whose very purpose is to irradiate every square inch of the Earth. SpaceX, like everyone else, is treating the radiation as if it were not there … We write to you today to ask you to halt the Starlink project because it is so destructive.” 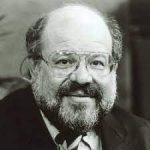