Children’s Health Defense is one of several groups planning a March 19 protest at SpaceX headquarters to demand the company end its planned deployment of 42,000 low-orbit satellites. 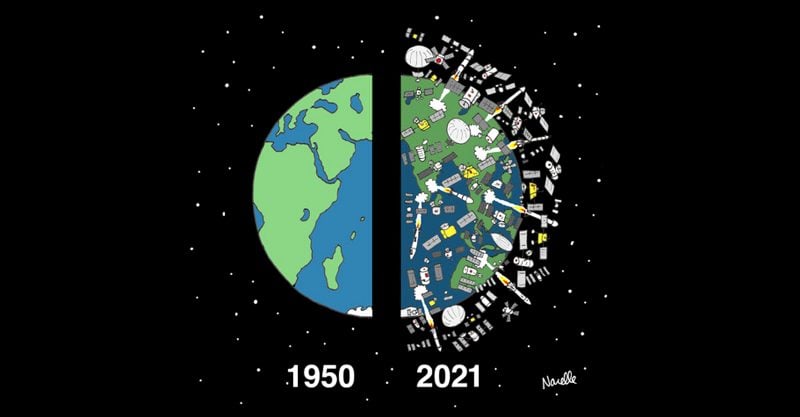 Safe technology advocates, environmentalists and astronomers from California and beyond will gather March 19, 10 a.m. – 2 p.m. PT at SpaceX headquarters in Hawthorne, Calif., to demand the company end its planned deployment of 42,000 low-orbit satellites.

The groups are gathering signatures worldwide on an open letter to Elon Musk and SpaceX, urging Musk to sit down with scientists, astronomers and all stakeholders to discuss the dangers of satellite programs. A group of children will hand-deliver the letter at the March 19 rally.

The SpaceX low-orbit satellites, using 5G technology, would bathe the world with microwave radiation including the mid-ocean, Antarctic and wildlife preserves and protected natural areas. Other companies such as One Web and Amazon have plans to launch up to 40,000 additional satellites.

The SpaceX Starlink program calls for 8,400 satellites, each with a lifespan of only 5 years, to be built, launched, deorbited and burned up each year. This will add to ozone depletion, space debris and collisions, the conversion of deorbited satellites to toxic dust and smoke as they burn up in the atmosphere, and the proliferation of spaceports on pristine land and ground and water pollution around them.

Of particular concern is the global increase in microwave radiation from the satellites, ground stations and millions of  “user terminals” which are, in effect, cell antennas all over the planet, one for each subscriber.

On Feb. 26 Children’s Health Defense filed a case against the Federal Communication Commission challenging an amendment to the “Over the Air Reception Devices” rule (OTARD). Among other things, the amended rule enables the deployment of at least 1,000,000 antennas which will provide the ground infrastructure for the SpaceX satellites. The amended rule goes into effect March 29.

“We are literally guinea pigs for this technological experiment about which we have not been consulted, and for which we have not given our consent,” said David Goldberg, an event organizer. “This is the same technology used in the microwave attacks on diplomats, currently under federal investigation. Safer and more energy-efficient wired technologies are available and should be implemented, instead of thousands of satellites and millions of cell antennas that will increase wireless radiation and harm the environment.”

Participants are being asked to please abide by all California COVID-19 public health laws and mandates. For more information on the planned protest, click here.

Watch this video on the planned protest: