In her new book, “Countdown,” environmental and reproductive epidemiologist Shanna Swan predicts sperm counts could reach zero by 2045 thanks to hormone-disrupting chemicals that are “everywhere.” 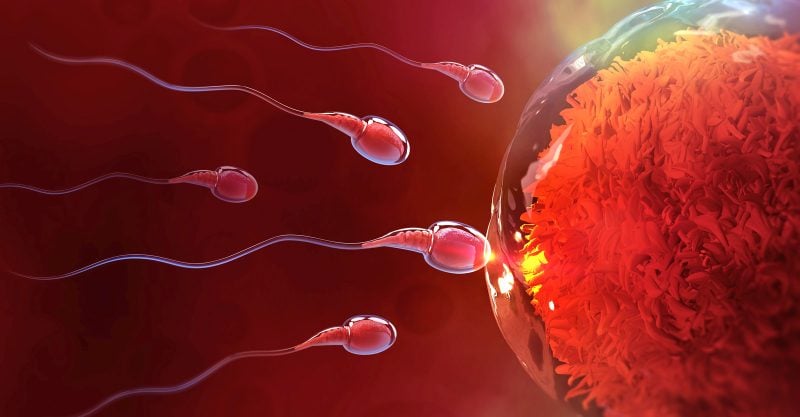 The end of humankind? It may be coming sooner than we think, thanks to hormone–disrupting chemicals that are decimating fertility at an alarming rate around the globe.

A new book called “Countdown,” by Shanna Swan, an environmental and reproductive epidemiologist at Icahn School of Medicine at Mount Sinai in New York, finds that sperm counts have dropped almost 60% since 1973.

Following the trajectory we are on, Swan’s research suggests sperm counts could reach zero by 2045. Zero. Let that sink in. That would mean no babies. No reproduction. No more humans. Forgive me for asking: why isn’t the UN calling an emergency meeting on this right now?

The chemicals to blame for this crisis are found in everything from plastic containers and food wrapping, to waterproof clothes and fragrances in cleaning products, to soaps and shampoos, to electronics and carpeting. Some of them, called PFAS, are known as “forever chemicals,” because they don’t break down in the environment or the human body. They just accumulate and accumulate — doing more and more damage, minute by minute, hour by hour, day by day. Now, it seems, humanity is reaching a breaking point.

Swan’s book is staggering in its findings. “In some parts of the world, the average twenty-something woman today is less fertile than her grandmother was at 35,” Swan writes. In addition to that, Swan finds that, on average, a man today will have half of the sperm his grandfather had. “The current state of reproductive affairs can’t continue much longer without threatening human survival,” writes Swan, adding: “It’s a global existential crisis.” That’s not hyperbole. That’s just science.

As if this wasn’t terrifying enough, Swan’s research finds that these chemicals aren’t just dramatically reducing semen quality, they are also shrinking penis size and volume of the testes. This is nothing short of a full-scale emergency for humanity.

Swan’s book echoes previous research, which has found that PFAS harms sperm production, disrupts the male hormone and is correlated to a “reduction of semen quality, testicular volume and penile length”. These chemicals are literally confusing our bodies, making them send mixed messages and go haywire.

Given everything we know about these chemicals, why isn’t more being done? Right now, there is a paltry patchwork of inadequate legislation responding to this threat. Laws and regulations vary from country to country, region to region, and, in the United States, state to state. The European Union, for example, has restricted several phthalates in toys and sets limits on phthalates considered “reprotoxic” — meaning they harm the human reproductive capacities — in food production.

In the U.S., a scientific study found phthalate exposure “widespread” in infants, and that the chemicals were found in the urine of babies who came into contact with baby shampoos, lotions and powders. Still, aggressive regulation is lacking, not least because of lobbying by chemical industry giants.

In the state of Washington, lawmakers managed to pass the Pollution Prevention for Our Future Act, which “directs state agencies to address classes of chemicals and moves away from a chemical by chemical approach, which has historically resulted in companies switching to equally bad or worse substitutes. The first chemical classes to be addressed in products include phthalates, PFAS, PCBs, alkylphenol ethoxylate and bisphenol compounds, and organohalogen flame retardants.” The state has taken important steps to address the extent of chemical pollution, but by and large, the U.S., like many other countries, is fighting a losing battle because of weak, inadequate legislation.

In the U.S. today, for example, you can’t eat the deer meat caught in Oscoda, Michigan, as the health department there issued a “do not eat” advisory for deer caught near the former air force base because of staggeringly high PFOS levels in the muscle of one deer.

And, just the other week, hundreds of residents who live near Luke Air Force Base in Arizona were advised not to drink their water when tests detected high levels of toxic chemicals. Scientists have found these substances in the blood of nearly all the people they tested in the U.S. No country or region on earth is untouched by PFAS contamination. It is a global problem. PFAS has been found in every corner of the globe. It is virtually present in the bodies of every human. It’s found in fish deep in the sea, and birds flying high in the sky.

And it’s killing us, literally, by harming and attacking the very source of life: our reproductive capacities. The rapid death and decline of sperm must be addressed, and it must be addressed now. There simply is no time to lose.

Erin Brockovich is an environmental advocate and author of the new book, "Superman’s Not Coming: Our National Water Crisis and What We the People Can Do About It."