Novavax on Wednesday announced that early data on its combination vaccine targeting COVID-19 and influenza showed the vaccine produced a strong immune response. The U.S. Food and Drug Administration has yet to grant the Maryland-based company’s request for Emergency Use Authorization for its COVID-only vaccine. 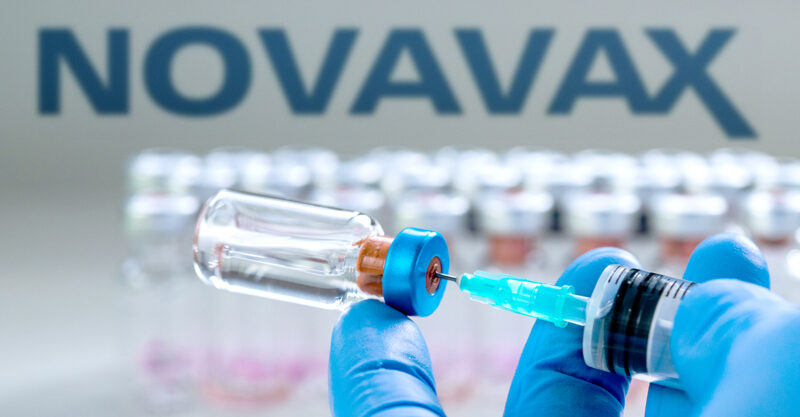 Chief Medical Officer Filip Dubovsky, during a call with reporters, said the Maryland-based company’s early phase clinical trial found that up to 25 micrograms of the COVID formulation combined with up to 35 micrograms of the flu formulation triggered a promising level of protective antibodies in the Novavax COVID-Influenza Combination Vaccine.

The shot would combine a seasonal booster for COVID with a seasonal flu shot.

“What we demonstrated in this study is we were able to get the immune responses really comparable to what the individual vaccines did prior to combination,” Dubovsky said.

Participants in the Phase 1 trial had a median age of 59 and all previously had received COVID vaccines.

Novavax plans to move forward with a Phase 2 trial this year to confirm the appropriate dosing levels, and plans to launch a Phase 3 trial on efficacy during the 2023 flu season at the earliest, Dubovsky said.

Novavax’s COVID vaccine uses different technology than the Pfizer and Moderna shots, which rely on messenger RNA to turn human cells into factories that produce copies of the virus spike protein, inducing an immune response that fights COVID.

The spike is the part of the virus that latches onto and invades human cells.

Novavax’s shots, in contrast, synthesize the virus spike outside the human body. The genetic code for the spike is put into a baculovirus that infects insect cells, which then produce copies of the spike that are purified and extracted.

The spike copy is then injected into people to induce an immune response against the virus.

The vaccine also uses a novel adjuvant that contains a purified extract from the bark of a tree in South America, to induce a broader immune response.

The most common side effects of the Novavax combination vaccine were injection site pain, fatigue and headaches, Dubovsky said.

Novavax said clinical modeling results also showed a combined formulation has the potential to reduce total antigen amount by up to 50% overall, optimizing production and delivery, and reducing side effects.

“We continue to evaluate the dynamic public health landscape and believe there may be a need for recurrent boosters to fight both COVID-19 and seasonal influenza,” said Dr. Gregory M. Glenn, president of research and development at Novavax.

“We’re encouraged by these data and the potential path forward for a combination COVID-19-influenza vaccine as well as stand-alone vaccines for influenza and COVID-19.”

The World Health Organization in December 2021 approved Novavax’s COVID vaccine (not the new COVID-flu combination vaccine) for use in the European Union, but the FDA has yet to grant Emergency Use Authorization (EUA) of the product in the U.S.

Novavax’s Glenn today told attendees at the World Vaccine Congress the company is still optimistic about obtaining the EUA.

In a statement later in the day, the company said:

“We continue to have a productive dialogue with the FDA as they review data and we answer inquiries related to clinical and manufacturing data as expected. We look forward to scheduling our VRBPAC meeting in the near future as indicated by the FDA.”

At a Wednesday meeting of the Centers for Disease Control and Prevention’s (CDC) vaccine advisory committee, an FDA official indicated the agency was still awaiting manufacturing data from Novavax.

But an FDA spokesperson later said it was nothing more than the usual back-and-forth as part of the regulatory process.

“While the FDA cannot predict how long its evaluation of the data and information will take, the agency will review the EUA request as expeditiously as possible using its thorough and science-based approach.

“The agency plans to schedule a meeting of the Vaccines and Related Biological Products Advisory Committee (VRBPAC) to discuss the EUA request with the FDA’s panel of outside scientific and medical experts.”

The company published its clinical data in the New England Journal of Medicine soon after filing its EUA application on Jan. 31, but still has not received a date for its FDA advisory committee meeting.

Nass said similar to trials for other COVID vaccines, the Novavax trial followed participants for only 70 days post-“full vaccination” status — not long enough to identify the waning efficacy and determine how well the vaccine really works over 6 to 12 months and more.

“The bottom line is that with yet another brief-duration trial, we can’t say anything about the long-term safety or efficacy, which are the only measures that really matter,” Nass said.

By comparison, the other three vaccines available in the U.S. were authorized prior to publication of their clinical data.

Also, the vaccine applications of Pfizer and Moderna in late November 2020 were authorized by the FDA in just over three weeks.

“It’s been far too long since Novavax has asked for authorization and I think the FDA has been slow-walking it,” said Lawrence Gostin, professor of global health law at Georgetown University.

Another vaccine option is important for the U.S., Gostin said.

“The FDA should authorize it and it should be another vaccine in the toolbox for the United States and the world,” he said.

In an interview with CBS affiliate WUSA9 just days after filing for emergency use, a Novavax official said unlike Moderna and Pfizer’s mRNA vaccines, many people are holding out for Novavax’s protein-based shot, which is very similar to many childhood immunizations.

“We think that our vaccine can be an important option in making people feel more comfortable and confident in getting their vaccination,” said Silvia Taylor with Novavax Global Corporate Affairs.

Clinical trials have shown Novavax to be 90% effective against COVID infection. If approved, those 18 years and older would be eligible for the shot.

“It may not be that there will be a very large uptake of Novavax, but there’s a certain segment of the population that really wants to use a much more traditional vaccine and not a messenger RNA vaccine,” said Gostin.

“It just seems rather unusual that people are waiting for something else when you have vaccines that have been given to 9 billion people,” Fauci told Yahoo Finance. (The global population is estimated to be only about 8 billion people.)

Meanwhile, Japan’s health ministry on Tuesday joined a list of more than 40 countries that have approved Novavax’s COVID vaccine, announcing the purchase of 150 million doses.

Japan in recent days reported a resurgence of the fast-spreading omicron BA.2 variant.

The ministry approval came the day after its expert panel endorsed use of Novavax’s protein vaccine, which is designed with vaccine technology similar to that used in vaccines for the flu and hepatitis B.

Health Minister Shigeyuki Goto told reporters the Novavax product adds variety to the choices available and could appeal to those who are hesitant to use COVID vaccines such as Pfizer’s and Moderna’s, which are designed with newer technologies.

Shots are expected to be available in Japan as soon as early May.

In March, the country lifted all COVID restrictions as infections slowed significantly, but experts noted signs of a resurgence in a number of prefectures during a season of traveling and parties marking graduation and the start of the academic and business year.