FDA Could Authorize Novavax COVID Vaccine by February, But Is It ‘Safe and Effective?’

The U.S. Food and Drug Administration could authorize the Novavax vaccine by February. Unlike the Pfizer and Moderna mRNA vaccines, Novavax relies on more conventional vaccine technology shown in clinical trials to have fewer side effects, but safety of spike protein still in question. 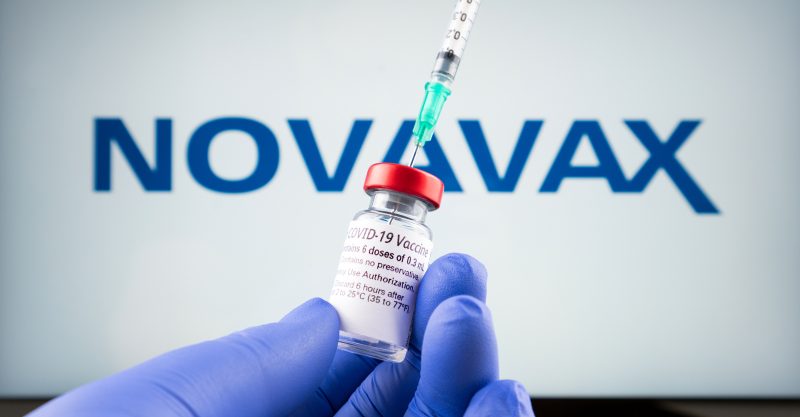 The Novavax COVID vaccine, approved last month by the World Health Organization for use in the European Union, could be available in the U.S. within the next two months.

The company has filed for emergency authorization in the U.S. and nine other countries, Novavax CEO Stanley Erck on Monday told CNBC’s “Squawk on the Street.”

“I expect in the next 90 days we could have all 10 of them,” Erck said. The vaccine is currently available in 170 countries.

According to Erck, the company submitted its final data to the U.S. Food and Drug Administration (FDA) on Dec. 31, 2021, and expects a decision in February.

Despite its late entry into the U.S. vaccine market, Novavax could be in high demand. That’s in part because the Novavax vaccine uses an alternative technology to the current mRNA and DNA vaccines authorized for emergency use in the U.S.

According to the University of Nebraska Medical Center, where Novavax phase 3 clinical trials were conducted, the Novavax vaccine uses moth cells to create a nanotechnology version of the COVID-19 spike protein, which then triggers the immune system to produce antibodies against it.

“Unlike mRNA vaccines, the spike protein is already premade in the Novavax vaccine. It’s a shortcut,” explained Dr. Florescu, who led the clinical trial. “All the synthesis happens outside the body and we just give the end product: the spike protein.”

“We have experience with this well-established technology and these vaccines are relatively very stable,” said Inci Yildirim, M.D., Ph.D., vaccinologist, pediatric infectious diseases specialist, and associate professor of pediatrics and global health at the Yale School of Medicine.

“They are also relatively cheap and easy to produce,” said Yildirim.

Clinical trials suggest the vaccine also has fewer side effects than Pfizer or Moderna, both in terms of frequency and duration, as summarized by Novavax and published in the New England Journal of Medicine.

Side effects among the vaccinated were shown to be similar to those experienced by the placebo group. Also, unlike the mRNA vaccines, Novavax does not contain polyethylene glycol, an ingredient to which some individuals are allergic.

The trials showed Novavax had initial efficacy on a par with Pfizer and Moderna against prior strains of COVID, and potentially superior results as a booster against Omicron.

Novavax said its vaccine showed “cross-reactive immune response” against Omicron and other coronavirus variants, though the company noted the efficacy against the Omicron variant was four times lower than for the original Wuhan strain.

According to Forbes, “the 73.5-fold increase was higher than for Pfizer and Moderna booster shots, which increased antibody levels 25-fold and 37-fold, respectively.”

The Pfizer study showed the spike protein gets into the blood where it circulates for several days post-vaccination and then accumulates in organs and tissues including the spleen, bone marrow, the liver, adrenal glands and in “quite high concentrations” in the ovaries.

“We have known for a long time that the spike protein is a pathogenic protein,” Bridle said. “It is a toxin. It can cause damage to our body if it gets into circulation.”

According to Brian Hooker, Ph.D., chief scientific officer at Children’s Health Defense, the spike protein is likely to last a shorter time in the human body with the Novavax vaccine than with the currently FDA-authorized vaccines due to its use of a more established technology for the delivery of the protein.

However, “since the spike protein has been consistently shown to create clotting issues in the blood,” said Hooker, “there are still concerns that need to be addressed and tracked.”