The bar association’s resolution fails to mention the principle of informed consent, the bedrock of ethical medicine. 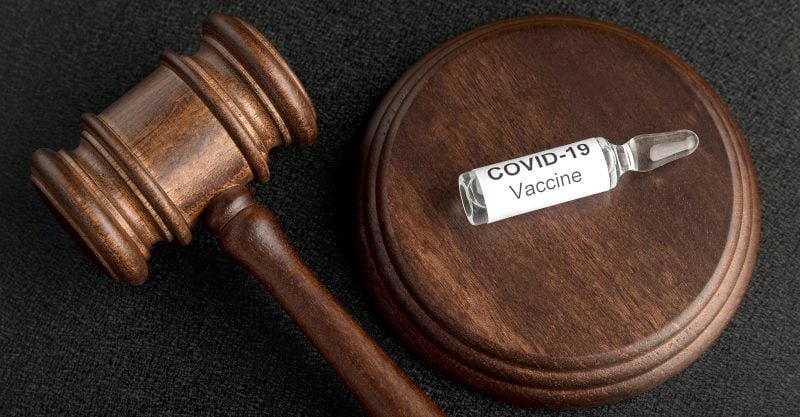 The New York State Bar Association Saturday passed a resolution urging the state to consider mandating COVID-19 vaccinations if “expert medical and scientific consensus” decides it is necessary. The resolution does not provide any exemptions for religious, philosophical or personal reasons. The group recommended only medical exemptions.

According to Law.com, the New York State Bar Association’s resolution had the majority support of its 277-member House of Delegates. In a statement, Mary Beth Morrissey, chair of the group’s Health Law Section’s Task Force on COVID-19, said:

“The authority of the state to respond to a public health crisis is well-established in constitutional law. It may become necessary to require that certain individuals or communities be vaccinated, such as health care workers and students, to protect the public’s health.”

But according to Precision Vaccinations, the mandate proposed by New York’s Bar  Association is at odds with the U.S. Food and Drug Administration’s Vaccines and Related Biological Products Advisory Committee recommendation on Oct. 22, which opposes mandatory vaccination policy on the premise that “the initial COVID-19 vaccines are considered ‘experimental’ without proven vaccine efficacy.”

Commenting on the Bar Association’s recommendation, Robert F. Kennedy, Jr., chair and chief legal counsel for Children’s Health Defense, said, “The New York Bar Association, of which I am a member, this week abandoned its long history of defending civil and constitutional rights to engage in the practice of medicine.”

“To protect the public’s health, it would be useful to provide guidance, consistent with existing law or a state emergency health powers act as proposed in Resolution #1, to assist state officials and state and local public health authorities should it be necessary for the state to consider the possibility of enacting a vaccine mandate.”

The resolution recommends the state only consider making COVID-19 vaccinations mandatory if voluntary vaccinations fail to produce “needed levels of population immunity; that an assessment of the health threat to various communities be made so that perhaps the mandate can be targeted; and that a mandate only be considered after there is expert consensus regarding the vaccine’s safety and efficacy.”

Despite these qualifications, the recommendation leaves it to experts, not individuals, to decide on this serious medical intervention. Strikingly, the recommendation fails to mention the principle of informed consent, the bedrock of ethical medicine.

Children’s Health Defense General Counsel Mary Holland noted, “At the end of the day, this prominent lawyers’ group endorsed medical coercion for an experimental medical intervention, which has been anathema in a free society since World War II.”

New York law already requires a long list of vaccinations for children, from preschool age on up, before they can attend public or private school. The state, which has some of the strictest vaccine laws in the country, last year became one of only five states to eliminate religious exemptions.Children’s Health Defense is engaged in litigation in New York State to restore the religious exemption and to ensure that medical exemptions from licensed physicians cannot be overruled by school officials.