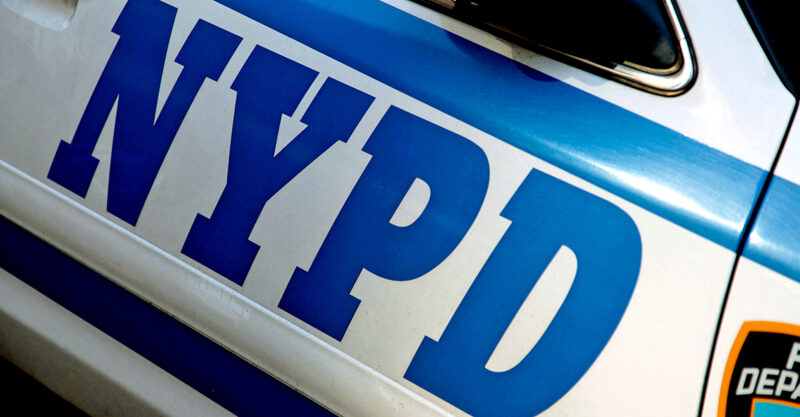 New York City paused its COVID-19 vaccine mandate for New York Police Department (NYPD) employees so the department can retain roughly 5,000 police and other employees who have not received the vaccine.

The May 19 announcement came one day after Magistrate Judge Vera M. Scanlon issued an order allowing depositions to be taken in a class-action lawsuit on behalf of NYPD and municipal employees alleging the city violated their religious and constitutional rights through widespread discrimination.

According to city officials, 91% of the NYPD uniformed cops and other employees are vaccinated, leaving approximately 4,659 NYPD unvaccinated employees despite a deadline to get the jabs by Oct. 29, 2021.

“In a nutshell, no decisions will be made, no further members will be forced to leave until further notice,” an NYPD sergeant told the New York Post. “There hasn’t been any memo, just basically keep everything status quo and if issues arise we will revisit it down the road.”

Last month, an unknown number of officers received final notices rejecting their requests for religious or medical exemptions to the COVID-19 vaccine mandate for municipal employees.

As of November 2021, NYPD employees had filed 6,170 requests for religious or medical exemptions.

Gibson said the city’s “carved-out exceptions” for athletes and entertainers to its vaccine mandate were based on politics.

“It is well established under law that where the government allows exemptions for political reasons but not religious, the law is likely unconstitutional,” Gibson said.

Attorneys for the plaintiffs on Tuesday deposed Eric Eichenholtz, chief assistant corporation counsel for employment policy and litigation for the New York City Law Department, which represents the city as defense attorneys in the lawsuits and oversees the “neutral” citywide panel appeals of religious exemption denials.

“The depositions revealed a shocking disregard for religious rights,” said Gibson. “Attorney Eichenholtz admitted the city did not follow basic Title VII procedures for determining reasonable accommodations, and continues to employ unconstitutional and discriminatory standards to these reviews.”

The deposition was conducted over an objection in support of a pending preliminary injunction motion seeking to suspend the city’s employee mandates.

Commenting on the case, Mary Holland, Children’s Health Defense (CHD) president and general counsel and of counsel on the case, said:

“It is now well-established that vaccination cannot stop the spread of COVID-19. A ‘pause’ is not enough — it is time for New York City to follow the science and revoke these emergency mandates, which impermissibly force hard-working New Yorkers to have to choose between their job and their faith. Firing thousands of essential workers is harming New Yorkers, not helping.”

NY mayor carves out exceptions for politics, not religious beliefs

Since August 2021, New York City has issued more than 93 vaccine mandates by executive order, according to Gibson, who said the city is “collectively functioning to mandate COVID-19 vaccines for nearly every employee in the public and private sector.”

“But as political and legal pressure mounts, the city continues to make carve-outs,” Gibson said.

Among those who blasted Adams’ decision was the city’s next-highest elected official, Adrienne Adams, democrat and city council speaker.

Adrienne Adams, who is not related to the mayor, voiced “serious concerns” over what she called a “step away from following sensible, public health-driven policies that prioritize equity.”

“I’m worried about the increasingly ambiguous messages that are being sent to New Yorkers about public health during this continuing pandemic,” Adrienne Adams said.

“This exemption sends the wrong message that higher-paid workers and celebrities are being valued as more important than our devoted civil servants, which I reject.”

“The objective, scientific findings do not support giving athletes one option and New York City detectives another option,” he said. “This vaccine mandate is being done in the middle of a crime wave. We are losing experienced detectives in the homicide squad and precinct squads. The only losers are the people of New York.”

Patrick Lynch, president of the 24,000-member Police Benevolent Association, told the New York Post, “We have been suing the city for months over its arbitrary and capricious vaccine mandate — this is exactly what we are talking about.”

“While celebrities were in lockdown, New York City police officers were on the street throughout the pandemic, working without adequate PPE and in many cases contracting and recovering from COVID themselves. They don’t deserve to be treated like second-class citizens now.”

In a similar lawsuit filed on behalf of teachers, and supported by CHD, the 2nd Circuit held the Department of Education adopted an unconstitutional religious accommodation policy, which excluded minority religious beliefs from protection.

Despite prevailing in the 2nd Circuit, most municipal employees have yet to see relief.

On remand, the city allowed a newly created “citywide panel” to review the

But Gibson says the evidence shows this has not happened.

“Rather than disavow the discriminatory policy, discovery in the new case reveals the city extended these unconstitutional standards to most municipal departments and instructed members of the citywide panel to continue the discrimination in the closed-door appeals,” she said.