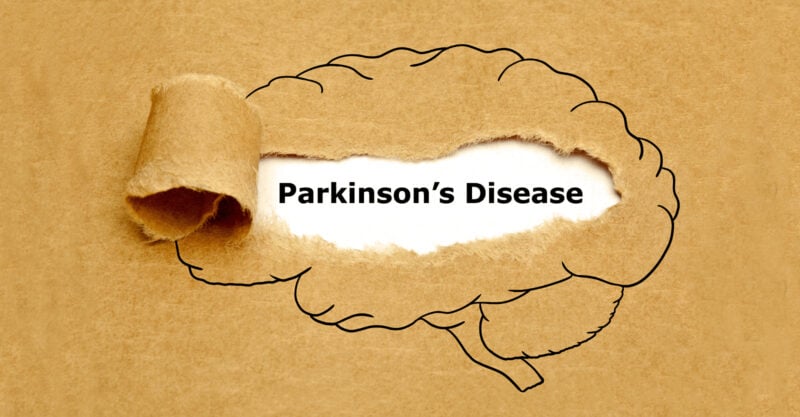 Research finds exposure to chemical toxicants, like pesticides, can cause neurotoxic effects or exacerbate preexisting chemical damage to the nervous system.

Enteric glial cells (EGCs) are GI cells that play a critical role in the functional changes that accompany GI dysfunction, as this dysfunction is one of the earliest symptoms indicating the onset of PD.

Parkinson’s disease is the second most common neurodegenerative disease, with at least one million Americans living with PD and about 50,000 new diagnoses each year.

The disease affects 50% more men than women, and individuals with PD have a variety of symptoms, including loss of muscle control and trembling, anxiety and depression, constipation and urinary difficulties, dementia and sleep disturbances.

Identifying early biomarkers of PD, such as pesticide-mediated toxicity on GI cells, is crucially important as symptoms intensify over time, with no current cure for this fatal disease.

While only 10 to 15 percent of PD incidents are genetic, PD is quickly becoming the fastest-growing brain disease due to nongenetic factors.

Therefore, research like this highlights the need to examine alternate risk factors for disease development, especially if disease triggers are overwhelmingly nonhereditary.

The pesticides implicated in the study include rotenone and tebufenpyrad. Both pesticides induce cell death via mitochondrial dysfunction among neurotransmitters that release, activate, or involve dopamine, also known as dopaminergic cell damage.

The gut, also known as the “second brain,” shares similar structural and chemical parallels with the brain. The microbiota in the gut plays a crucial role in lifelong digestion, immune and central nervous system regulation, as well as other bodily functions.

Through the gut biome, pesticide exposure can enhance or exacerbate the adverse effects of additional environmental toxicants on the body.

Since the gut microbiome shapes metabolism, it can mediate some toxic effects of environmental chemicals.

The impacts of pesticides on the human gut microbiome represent another pesticide assault on human health.

Because the biome harbors between 10 and 100 trillion symbiotic microbes, pesticide exposure has effects on some of those bacteria.

The human gastrointestinal tract and its digestive processes (aka, the “gut”) mediate the function of several systems.

Dysfunction of the gut microbiome is associated with a host of diseases, including cardiovascular disease, some cancers, multiple sclerosis, diabetes, asthma, Crohn’s disease, Parkinson’s disease and inflammatory bowel disease, as well as allergies, autism, depression, obesity and other disorders or syndromes.

Parkinson’s disease occurs when there is damage to the dopaminergic nerve cells (i.e., those activated by or sensitive to dopamine) in the brain responsible for dopamine production, one of the primary neurotransmitters mediating motor function.

Although the cause of dopaminergic cell damage remains unknown, evidence suggests that pesticide exposure, especially chronic exposure, may be the culprit.

Several studies identify various pesticides involved in the pathology of PD, including insecticides, rotenone and chlorpyrifos, and herbicides 2,4-D, glyphosate and paraquat.

Literature comprehensively documents the neurotoxic properties of paraquat and rotenone as laboratory experiments reproduce features of Parkinson’s in the brain of animals.

A Washington State University study determined that residents living near areas treated with glyphosate — the most widely used herbicides in the U.S. — are one-third more likely to die prematurely from Parkinson’s disease.

In the Louisiana State University study, exposure to 2,4-D, chlorpyrifos and paraquat from pasture land, forestry, or woodland operations are prominent risk factors for PD, with the highest risk in areas where chemicals quickly percolate into drinking water sources.

Overall, research finds exposure to pesticides increases the risk of developing PD from 33 percent to 80 percent, with some pesticides prompting a higher risk than others.

Another study finds a 2.5-fold increase in PD risk among users of each chemical compared to non-users.

Occupational pesticide exposure poses a unique risk through direct handling and application. A 2017 study finds that occupational use of pesticides (i.e., fungicides, herbicides, or insecticides) increases PD risk by 110 to 211 percent.

Even more concerning is that some personal protection equipment (PPE) may not adequately protect workers from chemical exposure during application.

However, indirect nonoccupational exposure to pesticides can also increase the risk of PD.

For instance, 90 percent of Americans have at least one pesticide compound in their body, primarily stemming from dietary exposure, like food and drinking water.

These compounds have a global distribution, with evaporation and precipitation facilitating long-range atmospheric transport, deposition and bioaccumulation of hazardous chemicals in the environment.

Thus, exposure to these toxicants can cause several adverse environmental and biological health effects.

With the increasing ubiquity of pesticides, current measures safeguarding against pesticide use must adequately detect and assess total chemical contaminants.

This study is the first to demonstrate that exposure to environmental neurotoxic pesticides impairs mitochondrial transformation of energy in living organisms, causing inflammation in EGCs.

Although many countries, including Europe and Canada, ban the use of chemicals like rotenone and organochlorines due to concerns about links to Parkinson’s, among other illnesses, the U.S. merely restricts use as the U.S. Environmental Protection Agency (EPA) permits the use of rotenone to kill invasive fish species.

Considering research demonstrates that a multitude of pesticides presenting a risk of developing PD belong to various pesticide classes and have different modes of action, advocates say that government officials must evaluate all health effects related to chemical exposure equally regardless of chemical composition.

The study concludes, “Our findings have major implications in understanding the GI-related pathogenesis and progression of environmentally linked PD.”

Although the exact cause of PD remains unknown, studies continuously identify exposure to pesticides and specific gene-pesticide interactions as significant adverse risk factors.

Environmental triggers like occupational exposure to pesticides can prompt PD in individuals with or without the genetic precursor.

However, PD can develop regardless of whether an individual is a carrier of the PD gene mutation. Pesticides themselves can possess the ability to disrupt neurological function.

Therefore, the impacts of pesticides on the nervous system, including the brain, are hazardous, especially for chronically exposed individuals (e.g., farm workers) or during critical windows of vulnerability and development (e.g., childhood, pregnancy).

Considering that health officials expect Parkinson’s disease diagnosis to double over the next 20 years, it is essential to mitigate preventable exposure to disease-inducing pesticides.

For more information on the effects of pesticide exposure on neurological health, see Beyond Pesticides’ Pesticide-Induced Diseases Database pages on Parkinson’s disease, dementia-like diseases, such as Alzheimer’s and other impacts on cognitive function.

Parkinson’s disease may have no cure, but prevention practices like organics can eliminate exposure to toxic PD-inducing pesticides. Organic agriculture represents a safer, healthier approach to crop production that does not necessitate toxic pesticide use.

Beyond Pesticides encourages farmers to embrace regenerative, organic practices. A compliment to buying organic is contacting various organic farming organizations to learn more about what you can do.

Those impacted by pesticide drift can refer to Beyond Pesticides’ webpage on What to Do in a Pesticide Emergency and contact the organization for additional information.

Furthermore, see Beyond Pesticides’ Parkinson’s Disease article from the Spring 2008 issue of Pesticides and You.