Glyphosate: What It Is, Where It Is … and What You Can Do About It

Scientists now link glyphosate to a number of human health problems, from cancer and neurological diseases to endocrine disruption and birth defects, but the full range of glyphosate’s health effects remains unknown. 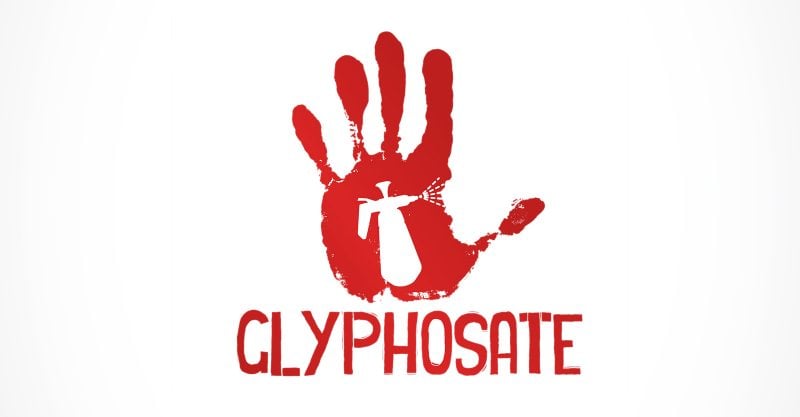 Since it first went on the market in 1974, glyphosate has been used for weed control, as an exfoliant to eradicate unwanted vegetation and illegal crops and as a crop desiccant — a chemical applied to crops to dry them out more quickly before harvest

As a non-selective herbicide, it kills most plants. Scientists now link glyphosate to a number of human health problems, from cancer and neurological diseases to endocrine disruption and birth defects. But the full range of glyphosate’s health effects remains unknown.

What is glyphosate used for?

Various formulations of glyphosate-based herbicides, like Monsanto’s Roundup, are used in agriculture and forestry. Since the mid-1990s, global use has risen dramatically, thanks to the introduction of genetically engineered “Roundup Ready” crops like corn, soybeans, cotton and alfalfa that resist damage from the herbicide.

Today, Roundup and other glyphosate-based herbicides are also frequently used on lawns, gardens, parks and school grounds for weed control.

The widespread use of glyphosate makes it ubiquitous in the environment. Researchers have found it in our food, soil, air, groundwater, surface waters like lakes and rivers and even in rainwater.

That means glyphosate not only enters our bodies when we come in direct contact with it, but when we breathe, eat and drink.

As worldwide use of glyphosate has increased during the past 25 years or so, human exposures to glyphosate-based herbicides have also risen significantly. A 2017 study found that human glyphosate exposure increased more than 500% in two decades.

Why is glyphosate a health concern?

Researchers are also beginning to explore potential impacts of glyphosate on pregnancy. Emerging findings suggest glyphosate could be associated with shorter pregnancies.

Shorter pregnancies can be detrimental to maternal health and increase the risk of infant mortality and learning problems as children develop.

In 2015, the World Health Organization’s International Agency for Research on Cancer classified glyphosate as a probable human carcinogen.

However, the U.S. Environmental Protection Agency has long maintained that glyphosate poses no risk for human health when used according to the manufacturer’s instructions — a finding criticized by many scientists.

While most health research on glyphosate to date focuses on cancer, there is much that science doesn’t yet know about its other potential impacts on human health. Much more research is needed to understand the full range of effects, how they may differ in children and adults and the extent of glyphosate’s environmental impacts.

In addition, scientists have raised concerns about the other ingredients in glyphosate-based herbicides. While glyphosate is the active ingredient, companies don’t have to publicly disclose other proprietary chemicals in these herbicide formulations.

Consequently, regulators and researchers can’t fully study these “inert” chemicals to determine their health effects — alone and in combination with each other. Some scientists and activists want to reform the regulatory system so that companies can’t keep these chemicals secret.

Why are there so many glyphosate lawsuits right now?

The World Health Organization’s 2015 declaration that glyphosate probably causes cancer opened the floodgates to litigation. The German company Bayer A.G. bought Monsanto in 2018, and tens of thousands of lawsuits have been filed against the company by people claiming that Roundup and other glyphosate-based herbicides caused their cancer, especially non-Hodgkin lymphoma.

Most claimants in these lawsuits worked in jobs like agriculture, maintenance, landscaping and other professions with significant exposure risk, or used the products long-term on their lawns and gardens. They say the companies failed to adequately warn the public about health risks.

A lawsuit filed against Bayer by the chemical giant’s own shareholders could lead to even more details about how Monsanto, now owned by Bayer, covered up the dirty truth about its flagship product, Roundup weedkiller.https://t.co/orxuYMBoYh

In 2021, Bayer announced it would replace glyphosate in all lawn and garden products sold in the U.S. by 2023. The company said the removal of glyphosate from these products is “exclusively to manage litigation risk and not because of any safety concerns,” and indicated it has no plans to remove glyphosate from professional and agricultural market products in the U.S.

One group that’s been largely excluded from glyphosate lawsuits is migrant farmworkers, who are on the front lines when it comes to glyphosate exposure. EHN found that fear of retaliation, and a lack of legal resources and legal immigration status, has diminished migrant farmworkers’ ability to seek justice and compensation.

Where is glyphosate used most?

Glyphosate is the most used pesticide on agricultural crops in the U.S., according to a 2019 analysis by the Midwest Center for Investigative Reporting. The Midwest, California and Texas represent about three-quarters of agricultural glyphosate use in the U.S., with the Midwest alone comprising a full two-thirds of total use.

Glyphosate’s popularity comes in part from the fact that it is effective and relatively cheap. Low-cost versions from China and other countries with relatively lax environmental and health regulations flooded the market as glyphosate patents expired in the 1990s, making it even cheaper.

This helps explain why its use has increased so dramatically in the past two decades. But some local, state and national governments are bucking that trend.

Where is glyphosate banned?

Glyphosate has been or will soon be banned in at least 10 countries, including Mexico, Germany, Saudi Arabia, Vietnam and at least 15 others have restricted its use, according to Human Rights Watch.

Individual cities and counties, including Los Angeles, Seattle, Miami, Baltimore, Austin and Portland, have taken action to restrict or ban glyphosate, as have some states.

Can glyphosate exposure be avoided?

The Detox Project on Tues. released a detailed report showing the true levels of #weedkiller contamination in essential foods sold by some of the top grocery stores in the country. #glyphosate #Roundup @GlyphosateTest#TheDefender: https://t.co/UTTfyj2wHihttps://t.co/kzBcyngyrO

Joining with others to ban glyphosate-based products (and other pesticides) in schools, parks, and your community at large are other effective ways to reduce local exposures.

Ways to take action on glyphosate

Here are a few links to organizations keeping track of the latest science on glyphosate and working to hold regulators, politicians, corporations and employers accountable for protecting human health: 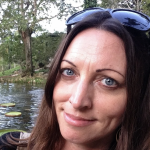 Autumn Spanne is an Environmental Health News researcher and independent journalist who writes about science, the environment, education and travel.