A new study confirmed that natural gas and wood — billed by proponents as "cleaner" alternatives to coal and oil — are responsible for pollution that causes tens of thousands of premature deaths each year. 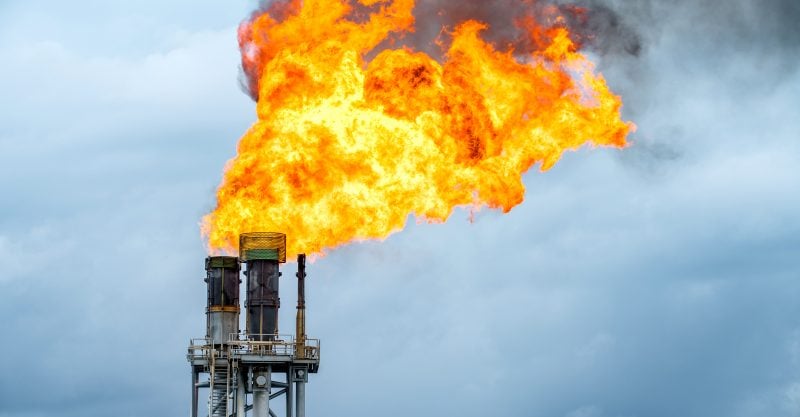 A new study by researchers at Harvard University confirmed Wednesday that natural gas and wood as energy sources — billed by proponents as “cleaner” alternatives to coal and oil — are a major threat to public health and are responsible for pollution which causes tens of thousands of premature deaths each year.

The study, published in the journal Environmental Research Letters, linked 29,000 to 46,000 premature deaths each year to fumes from natural gas, wood and biomass which are used to electrify and heat buildings and power generators.

Air pollution from burning natural gas and wood is killing up to 46,000 Americans per year, a new Harvard study shows.

“If you swap out one combustion fuel for another, that’s not a pathway toward a healthy energy system,” the lead author told me. https://t.co/9jZ4VxAbfR

Although the use of natural gas has been applauded by those who oppose a transition to renewable energy, natural gas in at least 19 states and Washington, D.C. is now responsible for more deaths than coal due to its ties to particulate matter in the environment.

As Common Dreams reported last year, industrial soot pollution, also known as PM 2.5, is linked to asthma attacks, bronchitis, strokes, neurological problems and heart disease. Exposure to such pollution disproportionately affects poor communities, with low-income people of color more likely to be impacted on average than white Americans, according to numerous studies including one published last week in the journal Science Advances.

The Harvard study showed that the sharp reduction in coal-fired power plants in the U.S. in recent years did have a marked effect on premature deaths; in 2008, emissions from the power sector, half of which was then made up of coal plants, were linked to at least 59,000 premature deaths. That number plummeted to 10,000 to 12,000 by 2017. But the health effects of emissions from buildings, caused by natural gas and other so-called “cleaner” energy sources, cannot be dismissed, the study indicated.

“Its usage still results in significant co-product emissions and corresponding public health impacts,” Eric Daniel Fournier, research director at UCLA’s California Center for Sustainable Communities, told HuffPost of natural gas. “As gas comes to represent a larger fraction of the country’s primary fuel portfolio, it will naturally come to be responsible for a larger proportion of the health impacts from stationary sources, of which electricity production is a major contributor.”

Researchers at Harvard, led by Jonathan Buonocore, a scientist at the Center for Climate, Health, and the Global Environment at the university’s T.H. Chan School for Public Health, combined emissions data from the EPA with data from the Energy Information Administration. They then estimated the mortality in counties across the nation from PM 2.5 pollution associated with residential and commercial buildings and other stationary sources.

Up to two-thirds of the premature deaths the researchers studied were associated with fuel sources other than coal, the researchers found, and emissions from gas, biomass and wood were the most deadly in buildings and industrial boilers.

“What this really points to is if you replace one combustion fuel for another combustion fuel, that is not a pathway to get you to a healthy energy system,” Buonocore told Fast Company.

The risk of natural gas emissions causing PM 2.5 pollution is compounded by the climate risks associated with methane, the main ingredient in natural gas which warms the atmosphere more than 80 times as much as carbon does over a 20-year period.

Carbon emissions in the U.S. electricity sector fell by 23% over the past two decades as coal plants were put out of commission, but if the natural gas plants built over the last decade are used as frequently as coal-fired plants were for decades, HuffPost reported, “the projected emissions for the U.S. power sector over those generators’ lifespan will decrease climate-changing pollutants by just 12%,” with those reductions “effectively eliminated” should methane emissions continue.

“This study highlights the gap there’s been in our climate planning,” Parichehr Salimifard, a co-author of the Harvard study, told HuffPost. “Because we’ve been focusing on gas emissions, there’s been a blindness to other air pollutants that are hazardous to health.”