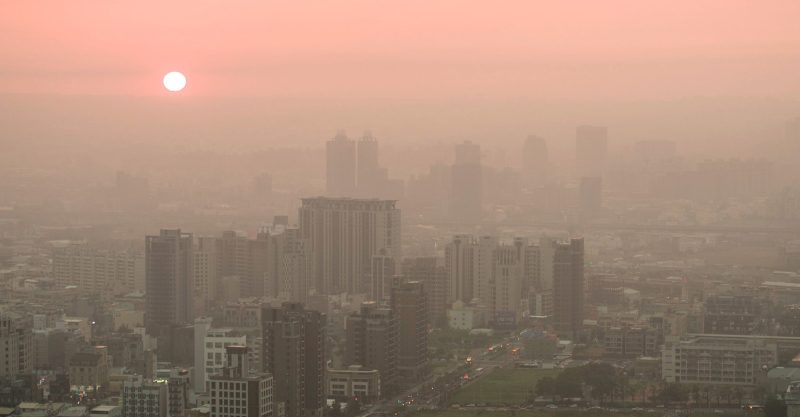 Fossil fuel air pollution is responsible for roughly one in five deaths worldwide, a much higher death toll than previously thought, according to a new study published Tuesday.

Poor air quality from burning fossil fuels such as coal and diesel was responsible for more than 8 million deaths in 2018, according to research published Feb. 9 in the journal Environmental Research by Harvard University, the University of Birmingham, the University of Leicester, and University College London.

This new research suggests that mortality from fossil fuel air pollution is twice as high as previously thought; an earlier estimate from the Global Burden of Disease Study in 2015, the largest and most comprehensive study on the causes of global mortality, pegged the number of deaths from all sources of air pollution at 4.2 million.

“Our study adds to the mounting evidence that air pollution from ongoing dependence on fossil fuels is detrimental to global health,” Eloise A. Marais, a professor in the Department of Geography at the University College London, and a co-author of the report, said in a statement. “We can’t in good conscience continue to rely on fossil fuels, when we know that there are such severe effects on health and viable, cleaner alternatives.”

The study’s high death toll is the result of an improved understanding and mapping of particulate matter, or PM2.5 — microscopic pollution particles found in the air which are 30 times smaller than the width of human hair.

PM2.5 lodges in the lungs and contributes to respiratory illnesses, such as asthma, and can lead to lung cancer. The latest study looks at global mortality, but it is important to note that at the local level, air pollution is disproportionately felt by low-income communities and communities of color. Suffering from these types of respiratory illnesses also contributes to worse effects from COVID-19.

The new study provides a more precise understanding of how fossil fuels specifically impact human health. Prior studies relied on satellite and surface observations of PM2.5, an approach that cannot discern the pollutant’s source; satellite data wouldn’t be able to tell the difference between pollution from a diesel engine or a wildfire.

The new study overcomes this challenge by using a sophisticated 3-D modelling program of atmospheric chemistry called GEOS Chem. The researchers used the program to divide up the world into small 50-kilometer by 60-kilometer boxes. They then incorporated data on emissions from industry, ships, aircraft, and ground transportation. This allows for a much more accurate portrait of what people are breathing, and where the pollution comes from.

“Rather than rely on averages spread across large regions, we wanted to map where the pollution is and where people live, so we could know more exactly what people are breathing,” said Karn Vohra, a graduate student at University of Birmingham and lead author of the study.

There also haven’t been many detailed health studies of high-levels of exposure to pollution. But recent studies from highly-polluted areas in Asia have offered new insights into precisely how pollution affects human health. The researchers incorporated this new data into their model to more accurately quantify mortality linked to such pollution.

Unsurprisingly, the worst death toll is found in China and India, where dense populations live among the highest concentrations of PM2.5 in the world, due to the burning of coal in hundreds of coal-fired power plants and the combustion of gasoline from millions of vehicles. Together, the two countries accounted for more than 60% of fossil fuel pollution-related mortality worldwide in 2012 (a year with comprehensive global data), with 3.9 million and 2.5 million deaths, respectively.

That same year, the U.S. had 355,000 premature deaths attributable to fossil fuel pollution, the study estimates.

“As a pediatrician in Richmond, California — an area that is home to several oil refineries and a coal terminal — I see in my clinic every day the ways in which babies, children, and teenagers are harmed by pollution from fossil fuels,” Dr. Amanda Millstein, a Richmond-based pediatrician, said in a statement commenting on the new study. “From increased rates of asthma to higher rates of prematurity, my patients’ health is harmed by fossil fuel pollution from before they are even born.”

Indeed, PM2.5 has been found to impact fetal growth inside the womb.

While the new evidence depicts a more menacing impact of PM2.5, there has long been ample evidence that air pollution has disastrous effects on human health. Despite this, the Trump administration sought to maintain weak regulations on PM2.5 as recently as last year. In fact, Trump’s EPA was “willfully ignoring inconvenient studies,” a former EPA official told DeSmog last year.

Cleaning up the air, however, can yield rapid improvement in health, the study noted. While fossil fuel pollution was responsible for 21.5% of all global deaths in 2012, that share fell to 18% in 2018, largely due to tightening air quality standards in China, which resulted in a 30 to 50% decline in annual average PM2.5 emissions nationally.

“Our study adds to the mounting evidence that air pollution from ongoing dependence on fossil fuels is detrimental to global health,” said Marais. “We can’t in good conscience continue to rely on fossil fuels, when we know that there are such severe effects on health and viable, cleaner alternatives.” 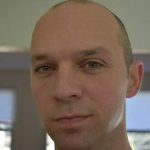 Nick Cunningham is an independent journalist covering the oil and gas industry, climate change and international politics. He has been featured in Oilprice.com, The Fuse, YaleE360 and NACLA.