A new study shows glyphosate, the key ingredient in Monsanto-Bayer’s Roundup weedkiller, weakens the immune systems of mosquitoes making them more susceptible to infection by Plasmodium falciparum, the most dangerous species of malaria parasite. 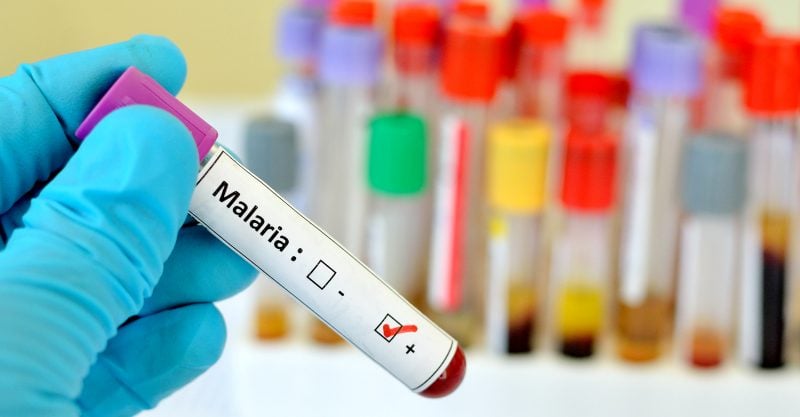 The chemical compound glyphosate, the world’s most widely used herbicide, can weaken the immune systems of insects, suggests a study, published in PLoS Biology, May 12 from researchers at the Johns Hopkins Bloomberg School of Public Health. Glyphosate is the active ingredient in Roundup, a popular U.S. brand of weedkiller products.

The researchers investigated the effects of glyphosate on two evolutionarily distant insects, Galleria mellonella, the greater wax moth, and Anopheles gambiae, a mosquito that is an important transmitter of malaria to humans in Africa. They found that glyphosate inhibits the production of melanin, which insects often use as part of their immune defenses against bacteria and parasites — it thereby reduces the resistance of these species to infection by common pathogens.

“The finding that glyphosate appears to have an adverse effect on insects by interfering with their melanin production suggests the potential for a large-scale ecological impact, including impacts on human health,” says study co-first author Daniel Smith, a Ph.D. candidate in the laboratory of Arturo Casadevall MD, Ph.D., Alfred and Jill Sommer Professor and chair of the department of Molecular Microbiology and Immunology at the Bloomberg School.

The study was a collaboration between the laboratories of Casadevall and Nichole Broderick, Ph.D., assistant professor in the Department of Biology at Johns Hopkins University.

“Our results show unexpected effects from a widely used herbicide, and alert us to the fact that spreading these chemicals in the environment may have unintended consequences,” says Casadevall, a Bloomberg Distinguished Professor.

The idea that human products and activities can inadvertently disrupt surrounding animal populations through the use of ordinary household or industrial chemicals is by now widely accepted. About 50 years ago, for example, most countries banned the common pesticide DDT due to its deleterious effects on insects, fish, and birds. In recent years, apparent declines in some insect populations have led to concerns among scientists that other common chemicals, including glyphosate, may also be causing harmful disruptions to ecosystems.

Prior research suggests that glyphosate may have adverse effects on honeybees and other insect species, linking the effect to oxidation or disrupting gut bacteria, but scientists haven’t investigated additional adverse effects that could occur. In 2001, Casadevall and colleagues found that glyphosate can weaken fungi by inhibiting their production of melanin, a compound that helps pathogenic fungi resist the immune systems of animals they infect.

Melanin has many other functions in the animal kingdom. While in humans it is best known as a light-absorbing pigment that protects the skin from ultraviolet radiation damage, melanin plays an important role in immunity in insects. Thus, in the new study, the researchers examined glyphosate’s effects on melanin production and immunity in two representative insect species, the greater wax moth and an African mosquito that can carry malaria.

Melanin works in insect immunity essentially by trapping and killing an invading bacterium, fungal cell, or parasite. Melanin production rises in response to the infection, and in a process called melanization, melanin molecules surround the invading pathogen — while highly reactive molecules produced as part of the melanin-synthesis process, effectively destroy the invader.

Smith and colleagues found that in the larvae of Galleria mellonella moths, glyphosate inhibits the complex set of reactions that synthesize melanin, and thus weakens the melanization response and shortens the survival of the insects when they are infected with the yeast Cryptococcus neoformans.

Similarly, the researchers found that in A. gambiae mosquitoes, glyphosate inhibits melanin production and melanization, and thereby makes the mosquitoes more susceptible to infection by Plasmodium falciparum, the most dangerous species of malaria parasite. They also found that glyphosate alters the composition of the bacterial and fungal population in the mosquito midgut — the “gut microbiome” that, as in humans, helps regulate mosquito health.

In a further set of experiments, Smith and colleagues found that other phosphate-containing compounds related to glyphosate have similar effects in reducing melanization.

To the researchers, the results raise concerns that glyphosate and possibly other phosphate-containing compounds may be harming insect populations. Insects have many roles in the global ecosystem, and disrupting their populations could in turn have major adverse effects on people, for example in agriculture, and even in the realm of infectious diseases.

“Mosquitoes exposed to glyphosate were less able to control Plasmodium infections they would have otherwise resisted, which hints that glyphosate exposure may make them better vectors for malaria,” Smith says. “These results raise concerns about the increasing use of glyphosate in regions of the world where malaria is endemic.”

The researchers are now studying the long-term, multi-generational effects of glyphosate on insect populations.