Melinda Gates: ‘We Hadn’t Really Thought Through the Economic Impacts’

Bill and Melinda Gates donated $500 million to pro-lockdown efforts around the world since the beginning of the pandemic. In an interview with the New York Times, Melinda Gates seems to suggest that the pandemic, not the lockdowns, is to blame for the economic devastation.

By
Jeffrey A. Tucker 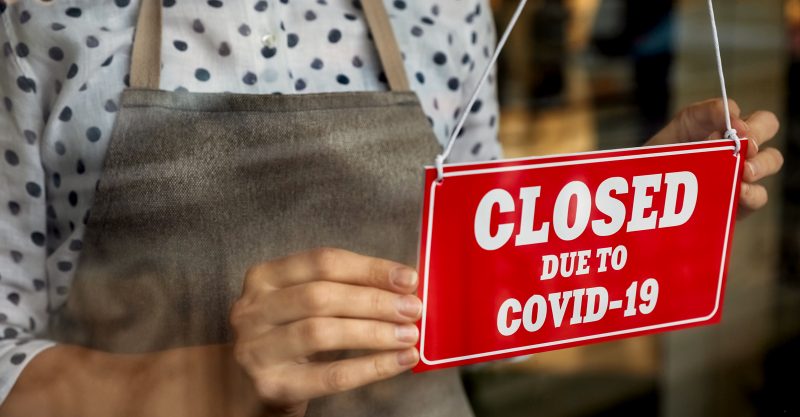 In a wide-ranging interview in the New York Times, Melinda Gates made the following remarkable statement: “What did surprise us is we hadn’t really thought through the economic impacts.” A cynic might observe that one is disinclined to think much about matters than do not affect one personally.

It’s a maddening statement, to be sure, as if “economics” is somehow a peripheral concern to the rest of human life and public health. The larger context of the interview reveals the statement to be even more confused. She is somehow under the impression that it is the pandemic and not the lockdowns that are the cause of the economic devastation that includes perhaps 30% of restaurants going under, among many other terrible effects.

She doesn’t say that outright but, like many articles in the mainstream press over this year, she very carefully crafts her words to avoid the crucial subject of lockdowns as the primary cause of economic disaster. It’s possible that she actually believes this virus is what tanked the world economy on its own but that is a completely unsustainable proposition.

Further, her comments provide a perfect illustration of the core problem all along: most of the people who have been advocating lockdowns in fact have no actual experience in managing pandemics. To many of these, COVID-19 became their new playground to try out an unprecedented experiment in social and economic management: shutting down travel, businesses, schools, churches, and issuing stay-at-home orders that smack of totalitarian impositions.

Here is what she says:

“You can project out and think about what a pandemic might be like or look like, but until you live through it, it’s pretty hard to know what the reality will be like. So I think we predicted quite well that, depending on what the disease was, it could spread very, very, very quickly. The spread did not surprise us.

“What did surprise us is we hadn’t really thought through the economic impacts. What happens when you have a pandemic that’s running rampant in populations all over the world? The fact that we would all be home, and working from home if we were lucky enough to do that. That was a piece that I think we hadn’t really prepared for.”

There are plenty of specialists who have lived through pandemics in the past and managed them by maintaining essential social and economic functioning. A major case in point is Donald A. Henderson, who as head of the World Health Organization is given primary credit for the eradication of smallpox. He wrote as follows in 2006:

“Experience has shown that communities faced with epidemics or other adverse events respond best and with the least anxiety when the normal social functioning of the community is least disrupted. Strong political and public health leadership to provide reassurance and to ensure that needed medical care services are provided are critical elements. If either is seen to be less than optimal, a manageable epidemic could move toward catastrophe.”

Melinda, together with her husband Bill, have been the major funding source for pro-lockdown efforts around the world, giving $500M since the pandemic began, but also funding a huge range of academic departments, labs and media venues for many years, during which time they have both sounded the alarm in every possible interview about the coming pathogen. Their favored policy has been lockdown, as if to confuse a biological virus with a computer virus that merely needs to be blocked from hitting the hard drive.

We can look at how this disease traveled around the world and see that the countries who locked down first are doing better. Many African countries saw it coming and locked it down early. Their replication rate just never got as high as many other countries. And that is a good thing.

While it is true that Africa is an odd outlier, the claim that this is due entirely to early lockdowns has no support. Those who have looked at the anomaly in Africa point to the very young population (just 3% are over 65), cross immunities with other coronaviruses as the main reason for the low death rate, and stronger overall immunities. Indeed, the demographics alone could account for nearly the whole of the mortality difference with Europe and the U.S.

In addition, Melinda says here what Bill has said for years: The only solution to a virus is to suppress it and develop a vaccine — the previously untested experiment that has brought poverty, death and despair to the entire world. Africa in particular was devastated by lockdowns.

It’s still a good thing that she is opening up to the New York Times so that we can gain better perspective on her outlook. There will be a reckoning in the coming year concerning why and how all this happened to us. There will be no chance of suppressing the reality of what has happened. Indeed the center-left press is already starting to admit what AIER has been saying since March 2020.

Consider this roundup from just the last several days:

What Has Lockdown Done to Us? By Drew Holden (New York Times):

“Some researchers worry that the social isolation has inflicted damage to mental health that will outlast even the worst of the pandemic. We may not have a full accounting of the consequences for years to come ….There will be significant long term consequences from school closures as well. About half of the country’s school districts held remote classes, either exclusively or partially, at the start of the year. This approach has meaningfully reduced educational quality, particularly for children of color.

“These losses don’t even take into account the direct effects of the lockdowns on the economy. Small businesses have closed their doors at very high rates as the American economy sputtered in response to stay-at-home orders. One study estimates that 60 percent of the millions of jobs lost between January and April were a result of the lockdowns, not the virus itself. The economic uncertainty caused by unemployment comes with its own health risks …

“These tragedies have become an ambient backdrop to everyday life: present but forgotten, real but ignored. Perhaps America has simply gotten comfortable ignoring the quiet suffering of others.”

“The Problem With Underestimating How Much People Want to Be Together,” by Julia Marcus (The Atlantic)

“When a public-health approach isn’t producing the desired outcome, it’s time to try something different. Instead of yelling even louder about Christmas than about Thanksgiving, government officials, health professionals, and ordinary Americans alike might try this: Stop all the chastising. Remember that the public is fraying. And consider the possibility that when huge numbers of people indicate through their actions that seeing loved ones in person is non-negotiable, they need practical ways to reduce risks that go beyond ‘Just say no.’”

“COVID Used as Pretext to Curtail Civil Rights Around the World, Finds Report” (The Guardian)

“The state of civil liberties around the world is bleak, according to a new study which found that 87% of the global population were living in nations deemed “closed”, “repressed” or “obstructed” … A number of governments have used the pandemic as an excuse to curtail rights such as free speech, peaceful assembly and freedom of association, according to Civicus Monitor, an alliance of civil society groups which assessed 196 countries.”

The Parental Burnout Crisis Has Reached a Tipping Point, by Anna North (Vox)

“Lack of child care is likely a big reason more than 850,000 women dropped out of the workforce in September — more than in any other month on record except for this April, Covert reports. Overall, moms have borne a bigger share of the pandemic parenting burden than dads, with 80 percent of mothers of kids under 12 saying they are responsible for the majority of distance learning in their homes in one April survey. And single moms have been the hardest-hit of all: The share of unpartnered moms in the workforce dropped from 76.1 percent in September 2019 to 67.4 percent in September 2020, a significantly larger drop than those seen among partnered parents or single dads, according to a Pew analysis.”

“Health officials are up against a fatigued public, as well as a number of people who don’t believe in the danger of the virus, (Dr. Monica) Gandhi said. But she is also part of a growing number of experts who think there’s a better way to engage those who do want to take the pandemic seriously — by taking a lesson from the public health strategy known as harm reduction.”

Finally, it’s tremendously gratifying that the last column of the mighty genius Walter Williams specifically named the Great Barrington Declaration as the answer:

“What about the benefits and costs of dealing with the COVID-19 pandemic? Much of the medical profession and politicians say that lockdowns, social distancing, and mask-wearing are the solutions. CDC data on death rates show if one is under 35, the chances of dying from COVID-19 is much lower than that of being in a bicycle accident. Should we lock down bicycles? Dr. Martin Kulldorff, professor of medicine at Harvard University, biostatistician, and epidemiologist, Dr. Sunetra Gupta, professor at Oxford University and an epidemiologist with expertise in immunology, and Dr. Jay Bhattacharya, professor at Stanford University Medical School, a physician and epidemiologist were the initiators of the Great Barrington Declaration. More than 50,000 scientists and doctors, as well as more than 682,000 ordinary people, have signed the Great Barrington Declaration opposing a second COVID-19 lockdown because they see it doing much more harm than good.”

The authors of the Great Barrington Declaration never had any doubt that eventually most everyone would come to see that the traditional principles of public health prevail over the previously untested and now failed policy of lockdowns. They spoke out when they did as a means of forcing the issue, and their courage will long echo in the annals of history. Now if we could only get Melinda Gates to see it.

Published with permission from the American Institute for Economic Research. 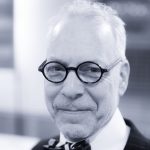 Jeffrey A. Tucker is editorial director for the American Institute for Economic Research.