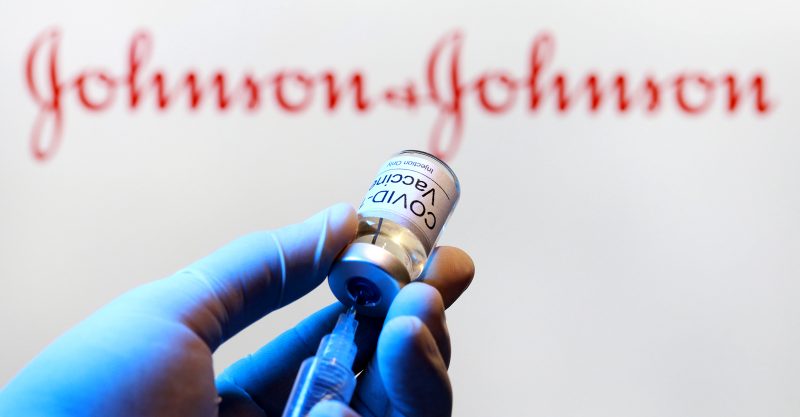 In what is believed to be the first reported case of its kind in a male, a 30-year-old Bay Area man is being treated for a blood clot disorder he developed after receiving the Johnson & Johnson (J&J) COVID vaccine, the San Francisco Chronicle reported.

The man was vaccinated April 8, and a week later experienced increasing lower back and leg pain. He was hospitalized at the University of California, San Francisco (UCSF) medical center where he received treatment “which includes intravenous immune globulin, the anticoagulant argatroban and prednisone,” UCSF spokeswoman Suzanne Leigh said in a statement Monday.

Doctors at UCSF said the man is being treated for vaccine-induced thrombotic thrombocytopenia (VITT) and that he is responding well to treatment and should be released soon.

VITT is characterized by the presence of two conditions concurrently: thrombosis (often in unusual sites like the cerebral sinus veins or splanchnic veins) and thrombocytopenia, and is associated with prior administration of the J&J or AstraZeneca COVID vaccines.

“To the best of our knowledge, this is the first male patient with VITT syndrome in the U.S. following the Emergency Use Authorization of the J&J vaccine on Feb. 27, 2021,” Leigh said.

Dr. Monica Gandhi, associate division chief and professor of medicine at UCSF said, “This particular person had a more mild clot, and one in the leg. But certainly it’s a real clot, and he’s in his early 30’s, so likely could be linked to the vaccine.”

The news comes just days after an independent advisory panel for the Centers for Disease Control and Prevention (CDC) on April 23 voted 10 to 4 to recommend the continued use of the J&J vaccine after acknowledging a “possible link” between the vaccine and rare blood clotting disorders, mostly in young people. The panel concluded the benefits of the vaccine outweigh the risks.

Earlier this month, the CDC had temporarily paused the J&J vaccine after confirming health officials were investigating six cases of blood clots in the U.S. All six occurred in women between the ages of 18 and 48, and symptoms occurred six to 13 days after vaccination.

However during the April 23 meeting, the CDC advisory panel said it had found 15 women diagnosed with rare blood clots, including three who died. Only two of the women were older than 50, with the risk highest in women ages 30 to 39.

The Hill reported today the CDC is investigating two new cases of rare blood clots linked to the J&J vaccine, one of which occurred in a male.

Still, the CDC findings so far appear to confirm the suspicion that younger women are more vulnerable to developing blood clots than men or older women, though CDC officials said during the meeting they were investigating “a few” cases in men.

Members of the CDC panel didn’t recommend U.S. regulators restrict use of the vaccine based on age or gender or require a warning label, but proposed the U.S. Food and Drug Administration consider adding a warning for women under age 50.

J&J suggested a new warning label for the vaccine that explains the risk of blood clots, similar to what the the European Medicines Agency (EMA) also previously confirmed a “possible link” between the J&J COVID vaccine and blood clots, but concluded the vaccine’s benefits outweigh the risks.

EMA’s safety committee (PRAC) said a warning should be added to the product label, but the blood clot-related disorders should be listed as “very rare” side effects of the vaccine. J&J resumed the European rollout after the pause was lifted.

According to the most recent data available from the CDC’s Vaccine Adverse Events Reporting System, there have been a total of 1,123 reports of clotting related disorders associated with J&J, Pfizer and Moderna COVID vaccines from Dec. 14, 2020, through April 16.

Of the 1,123 cases reported, there were 512 reports attributed to Pfizer, 448 reports to Moderna and 160 reports to J&J — far more than the six J&J cases U.S. health officials were originally investigating and the 15 cases reviewed during the temporary pause.

As The Defender reported April 16, numerous experts and scientists have warned all three vaccines approved for Emergency Use Authorization in the U.S. pose similar blood clot risks, though to date, only J&J and the AstraZeneca vaccine — a similar vaccine based on adenovirus technology — have been investigated.

Earlier this month, Florida health officials said their joint investigation into Michael’s death could find “no medical certainty” the vaccine caused the blood disorder that led to the doctor’s fatal brain hemorrhage.