In a recent interview with Russell Brand, Kim Iversen said she’s no longer co-host of The Hill’s “Rising” because she wasn’t allowed to interview Dr. Anthony Fauci. 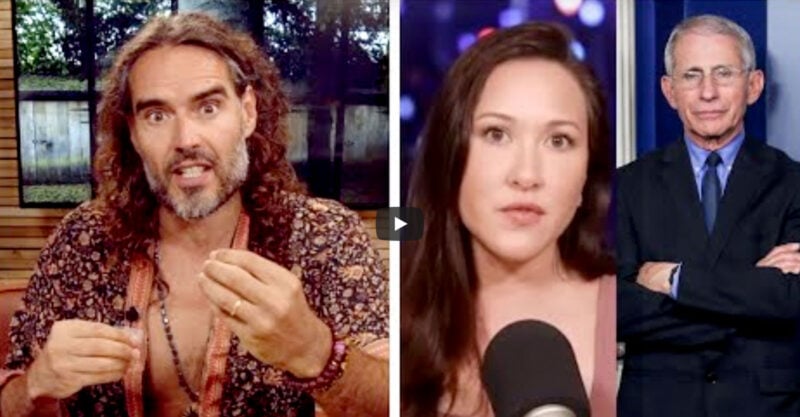 Political commentator Kim Iversen was excited when she learned the news show she co-hosted, The Hill’s “Rising,” had booked Dr. Anthony Fauci for an interview — until the night before the interview, she learned she wouldn’t be allowed to participate.

“I’m not on ‘The Hill’ because they would not allow me to interview Anthony Fauci,” Kim Iversen told Russell Brand during a recent interview about why she left The Hill.

Iversen said she doesn’t know for certain who was responsible for the decision — whether Fauci’s team said he wouldn’t come on the show if she did the interview, or if her producers didn’t present her name to Fauci’s team, for fear he’d back out.

All she knows is that the night before the interview was to take place, her producers said she wouldn’t be part of it.

Iversen told them, “That’s unacceptable,” because, after all, she’d been covering COVID-19 “at length” for the show.

When she joined The Hill, Iversen said she knew she was “joining corporate media” and therefore “part of the establishment to some degree,” she told Brand.

But she also told her producers, and her audience, that she wouldn’t remain on the show if she were “censored, held back or limited.”

“The minute that was to change was the minute that I would no longer be able to be there,” she said. “That would make me a liar to the audience.”

Iversen said she was excited to interview Fauci because “he is the person who guided the pandemic that put us in these limitations and mandates.”

“Our lives have drastically changed since the pandemic in many ways, and Fauci was the guiding force on a lot of that.”

As director of the National Institute of Allergy and Infectious Diseases, U.S. government authorities looked to him to manage the pandemic.

“As the world watched,” Kennedy wrote in his book, “Tony Fauci dictated a series of policies that resulted in by far the most deaths, and one of the highest percentage COVID-19 body counts of any nation on the planet.”

“Only relentless propaganda and wall-to-wall censorship could conceal his disastrous mismanagement during COVID-19’s first year.”

Brand said he thinks high-paying public officials like Fauci, who wield great amounts of power, should be held up to public scrutiny.

Brand emphasized the need for “transparency between powerful people that make decisions and the media that report on the decisions that are being made, so that we — the ordinary people of the world — are able to be part of a conversation regarding how we are governed.”

“What interests me about this subject is, Does Anthony Fauci refuse to answer difficult questions?” Brand said.

Brand wondered whether Fauci was avoiding answering tough questions about “things like natural immunity, recommendation of vaccines for those under 5 [years of age],  their clinical data and whether the clinical data underwrites the decision to extend the vaccine program to young people.”

What would Iversen have asked Fauci, had she been allowed to interview him?

Iversen expressed frustration at the “narrative” around COVID-19 and the “lack of ability to ask questions.”

“They [Fauci and his team] were not interested, it seems,” Iversen told Brand, “in finding out any of those questions and getting answers for us. Instead, it was just: ‘No, take this,’ make Big Pharma a bunch of money and silence to any of us who actually questioned it.”

Iversen also would like to have asked Fauci if he, himself, could generate any critical questions to ask.

“Does he have any at all?” she asked. “Because it doesn’t feel like there are any coming from him.”