Joe Rogan, Ivermectin and the ‘Politicization of Information’

Russell Brand slammed the mainstream media in a new video for having “very little objectivity,” and using everything as an “opportunity to score points for the ‘left’ and ‘right.’” 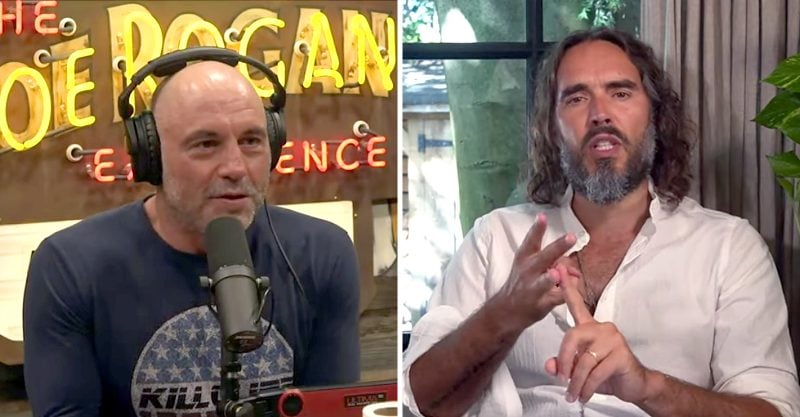 When comedian Joe Rogan contracted COVID, the media seemed to take delight in his illness and wanted him to suffer as a result of it, Russell Brand said in a new video.

Brand said he has no opinion on how COVID should be treated and isn’t qualified to offer advice — but he does have an opinion on how the media reports on certain issues and what biases are at play.

Brand questioned why information on ivermectin, an antiparasitic drug given to 4 billion people worldwide, is so politicized. He highlighted a clip from “The Joe Rogan Podcast” where Rogan addresses the media storm that ensued after he went public about using ivermectin.

In his podcast, Rogan said:

“They keep saying I took a horse dewormer. I literally got it from a doctor. It’s an American company. They won the Nobel Prize in 2015 for use in human beings, and CNN is saying I’m taking horse dewormer. They must know that’s a lie.”

Rogan said he’s considering suing CNN for accusing him of putting out misinformation about ivermectin.

To unpack the mainstream media’s condemnation of Rogan’s decision to take ivermectin, Brand points to an article by Matt Taibbi — “Ivermectin: Can a Drug Be ‘Right-Wing’?”

The article notes the varying opinions on using ivermectin to treat COVID.

“As is noted in nearly every mainstream story about the subject, the WHO has advised against its use pending further study, there have been randomized studies showing it to be ineffective in speeding recovery, and the drug’s original manufacturer, Merck, has said there’s no ‘meaningful evidence’ of efficacy for COVID-19 patients.

“However, it’s also patently untrue, as is frequently asserted, that there’s no evidence that the drug might be effective.

“This past week, for instance, Oxford University announced it was launching a large-scale clinical trial. The study has already recruited more than 5,000 volunteers, and its announcement says what little is known to be true: that ‘small pilot studies show that early administration with ivermectin can reduce viral load and the duration of symptoms in some patients with mild COVID-19,’ that it’s ‘a well-known medicine with a good safety profile,’ and ‘because of the early promising results in some studies, it is already being widely used to treat COVID-19 in several countries.

“The Oxford text also says ‘there is little evidence from large-scale randomized controlled trials to demonstrate that it can speed up recovery from the illness or reduce hospital admission.’ But to a person who might have a family member suffering from the disease, just the information about ‘early promising results’ would probably be enough to inspire demands for a prescription, which might be the problem, of course. Unless someone was looking for that information, they likely wouldn’t find it, as mainstream news even of the Oxford study has been effectively limited to a pair of Bloomberg and Forbes stories.”

Brand said what he found interesting about the article is the discussion about the “politicization of information.”

Mainstream media has “very little objectivity,” Brand said, and uses everything as an “opportunity to score points for what’s regarded as the ‘left’ and ‘right.’”

On Sept. 5, Rolling Stone published a now-debunked report falsely claiming the use of ivermectin to treat COVID had emergency rooms in Oklahoma “so backed up that gunshot victims were having hard times getting” access to medical care.

The story also sparked controversy because of the image Rolling Stone used in the article, which, on social media, looked as if the people waiting in line were waiting for treatment at an emergency room in Oklahoma.

Holy shift even the photo was fake pic.twitter.com/dOJw9D08Tn

Brand: ‘You should be entitled to make your own decision’ on vaccines

When it comes to COVID vaccines, Brand is a firm believer in personal choice.

And when people say “not being vaccinated affects” others, Brand said that same attitude of considering how your personal actions affect others should be applied to a whole host of issues, including distribution of wealth, public speech and education.

“It’s interesting that that’s being applied strictly in one area of public and medical life and not others. If you don’t understand why people are cynical of pharmaceutical companies and the government, then you haven’t been paying attention for the last 20 years.”