Household pesticide use is associated with harmful impacts to infant motor development, according to a study published late last year in the journal Paediatric and Perinatal Epidemiology. 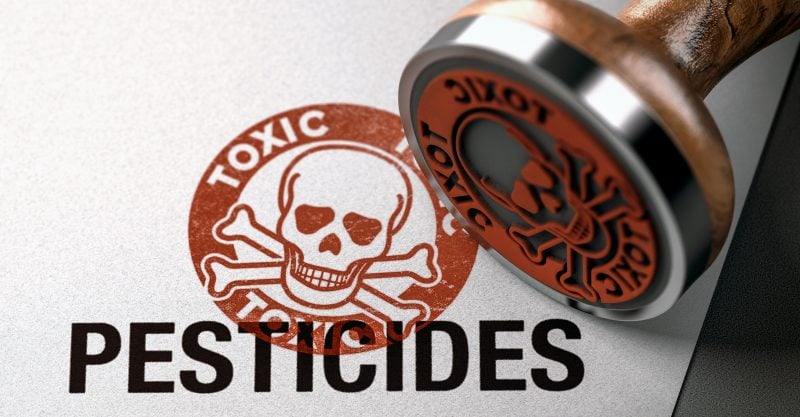 Household pesticide use is associated with harmful impacts to infant motor development, according to a study published late last year in the journal Paediatric and Perinatal Epidemiology.

The research focused on primarily low-income Hispanic women located in Los Angeles, California, enrolled in an ongoing study referred to as Maternal and Developmental Risks from Environmental and Social Stressors (MADRES).

As with other pollutants in society, low-income, people of color communities are disproportionately in contact with toxic pesticides, resulting in exposures that can start early, and affect health over the course of one’s lifetime.

Women enrolled in the MADRES cohort are over the age of 18 and speak English or Spanish fluently. For the present study, roughly 300 MADRES participants met the criteria for enrollment, and completed household pesticide use questionnaires at a three-month post-natal visit.

The questionnaire generally inquired whether pesticides had been used in one’s home since their child was born. After another three months, researchers also tested infants’ motor development using an Ages and Stages-3 protocol screening tool, which evaluates a child’s ability to execute muscle movements.

Overall, roughly 22% of mothers reported pesticide use in their home during the first months of their children’s lives. Analysis revealed that 21 of the infants tested fell below the cut-off for the screening tool that suggests further evaluation by a health professional.

While researchers indicate that additional data is needed to determine specific pesticides that may be playing a role, the general findings support a hypothesis that household pesticide use is associated with harm to infant motor development.

Using a method of calculating unmeasured variables that could influence final results, researchers note that, “The E-value of 1.92 (95% CI 1.28, 2.60) suggests substantial unmeasured confounding would be needed to reduce the observed association between household use of rodent and insect pesticides and infant gross motor development.”

Household pesticide use over the last decade has generally shifted away from the use of older organophosphate chemistries to the use of synthetic pyrethroid insecticides. But this switch has not resulted in safer exposures — a growing body of literature is finding that synthetic pyrethroids can cause a range of adverse health impacts, particularly in children.

Multiple studies have been published linking synthetic pyrethroids to developmental problems in children. Most recently, a 2019 Danish study found that higher concentrations of pyrethroid insecticides corresponded to higher rates of attention-deficit/hyperactivity disorder (ADHD) in children.

Pesticide exposure at a young age can have far-reaching effects. In addition to motor skills and learning development, young boys exposed to synthetic pyrethroids are more likely to experience early onset of puberty.

These data are all the more concerning in the context of findings that show how synthetic pyrethroids can persist as residue on hard surfaces in one’s home for over a year. This persistent residue can result in multiple re-exposures, turning what an individual may consider a one-time use into a chronic exposure event.

Unfortunately though, for many low-income residents in the U.S., pesticide use in and around one’s home or apartment isn’t a decision they can make. Many property management companies, landlords and public housing authorities have ongoing service contracts with chemical pest control companies or require residents to otherwise regularly treat their homes.

This outdated and dangerous approach to pest management, which often includes service visits that prophylactically spray toxic pesticides without considering need, results in disproportionate exposure to low-income individuals who may otherwise be keeping a spotless home.

It is little wonder why studies can match disease risk to zip code, with individuals in low-income, indigenous and people of color communities at greatest risk of developing pesticide and other environmentally induced diseases.

While research finds that feeding kids an organic diet improves scores on tests measuring memory and intelligence, the additional use of pesticides in one’s home can undermine those benefits, notwithstanding the increased strain of organic prices in many cases.

Ultimately, everyone should have access to healthy food grown without pesticides, and be able to live a life without mandated exposure to toxic pesticides that undermine your and your family’s health.

If pesticide use is modifiable — if you can stop using them in your home, or speak with your landlord or service provider — Beyond Pesticides strongly recommends you take actions to stop use.