Attorney Jenin Younes alleges the U.S. government’s orchestrated “takedown” of the “Great Barrington Declaration” may have led to more tragedy than necessary. 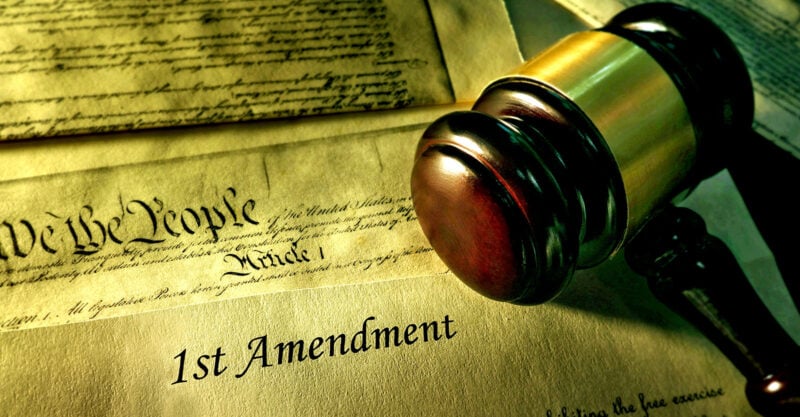 A lawsuit alleging the U.S. government censored the opinions of the scientists who wrote the “Great Barrington Declaration” illustrates the First Amendment’s “chief purpose, and why the framers of the Constitution did not create an exception for ‘misinformation,” according to Jenin Younes, litigation counsel for the New Civil Liberties Alliance (NCLA), which is representing the scientists.

Writing last month for Tablet — an online magazine of Jewish news, ideas and culture — Younes said censorship of “wrongthink” by Big Tech at the behest of the government is government censorship that violates the First Amendment.

Younes said the three experts, after conducting their own research, wrote that lockdowns create more harm than good, and that resources should be devoted to protecting the vulnerable rather than shutting down society.

They named their statement after Great Barrington, Massachusetts, the town where they gathered.

But their declaration — and its call for a robust public scientific debate on the appropriate governmental responses to COVID-19 — was thwarted by U.S. government censorship.

“Doctors Anthony Fauci and Francis Collins, enamored of newfound fame and basking in self-righteousness, took it upon themselves to suppress debate about the most important subject of the day,” Younes said.

While federal district courts recently dismissed similar cases on the grounds that the plaintiffs could not prove state action, Younes said the judge in the Missouri v. Biden  lawsuit “reached a different conclusion” and determined “there was enough evidence in the record to infer that the government was involved in social media censorship,” thus “granting the plaintiffs’ request for discovery at the preliminary injunction stage.”

Documents obtained so far, along with others obtained via a related case and a Freedom of Information Act (FOIA) request by America First Legal, have exposed the extent of the administration’s appropriation of Big Tech to create “a vast and unprecedented regime of viewpoint-based censorship on the information that most Americans see, hear and otherwise consume,” Younes said.

The NCLA is representing Bhattacharya, Kulldorff and two other individuals, Dr. Aaron Kheriaty and Jill Hines in the case, which was brought by the attorneys general of Missouri and Louisiana.

The lawsuit states that George Washington in a March 15, 1783, address to army officers warned that if the “the Freedom of Speech may be taken away,” then “dumb and silent we may be led, like sheep, to the slaughter” and that “the freedom of speech in the United States now faces one of its greatest assaults by federal government officials in the Nation’s history.”

Communications between Fauci and Collins showed that the two officials worked together and with media outlets as various as Wired and The Nation to orchestrate a “takedown” of the declaration,” according to Younes, who predicted more discoveries of this type as the case unfolds.

As the “Great Barrington Declaration” began circulating on social media and garnering signatures —  including those from other highly credentialed scientists — most mainstream media sources denounced the declaration, Younes said.

Fauci and Collins “publicly and vociferously repudiated the ‘dangerous’ declaration, smearing the scientists — all generally considered to be at the top of their fields — as ‘fringe epidemiologists,’” she added.

Emails obtained via FOIA by the American Institute for Economic Research revealed that the attacks were “not the products of an independent objective news-gathering process of the type that publications like the Times and the Guardian still like to advertise,” said Younes.

“Rather, they were the fruits of an aggressive attempt to shape the news by the same government officials whose policies the epidemiologists had criticized,” she added.

For instance, a text message exchanged between Jen Easterly, director of the Cybersecurity and Infrastructure Security Agency (CISA), and another CISA employee who now works at Microsoft, read: “Platforms have got to get more comfortable with gov’t. It’s really interesting how hesitant they remain.”

Younes said the statement showed social media companies are censoring content under duress from the government — not due to their directors’ own ideas of the corporate or common good.

One week after President Biden accused social media companies of “killing people,” a Meta executive wrote U.S. Surgeon General Dr. Vivek Murthy an email telling him, “I wanted to make sure you saw the steps we took just this past week to adjust policies on what we are removing with respect to misinformation, as well as steps taken further to address the ‘disinfo dozen’: we removed 17 additional Pages, Groups, and Instagram accounts tied to [them].”

About a month later, the same executive informed Murthy that Meta was planning to expand its COVID-19 policies to “further reduce the spread of potentially harmful content” and that the company was “increasing the strength of our demotions for COVID and vaccine-related content.”

Government actors ‘just as prone to bias, hubris, and error as the rest of us’

“If this does not qualify as government censorship of an individual based on official disapproval of his viewpoints, it would be difficult to say what might,” Younes said.

She noted that Berenson was reinstated on Twitter in July, as part of the settlement in his lawsuit.

The Biden administration — at least 11 federal agencies and about 80 government officials identified so far — were involved in coercing social media platforms into censoring the authors of the declaration and others for criticizing the government’s COVID-19 policies.

“As the Supreme Court has long recognized and Justice Thomas explained in a concurring opinion just last year, ‘[t]he government cannot accomplish through threats of adverse government action what the Constitution prohibits it from doing directly,’” Younes said.

“All Americans have been deprived — by the United States government — of their First Amendment rights to hear the views of Alex Berenson, as well as Drs. Bhattacharya and Kulldorff, and myriad additional people, like the reporters who broke the Hunter Biden laptop story for the New York Post and found themselves denounced as agents of Russian disinformation, who have been censored by social media platforms at the urging of the U.S. government.

“That deprivation strangled public debate on multiple issues of undeniably public importance. It allowed Fauci, Collins, and various other government actors and agencies, to mislead the public into believing there was ever a scientific consensus on lockdowns, mask mandates, and vaccine mandates.”

While it is yet to be seen whether Bhattacharya and Kulldorff will be able to show that Fauci and Collins explicitly ordered tech companies to censor them and their Great Barrington Declaration, it’s undeniable that they — and “countless social media users” — have had their First Amendment rights violated,” Younes said.

“The Founders of our country understood that line-drawing becomes virtually impossible once censorship begins and that the personal views and biases of those doing the censoring will inevitably come into play,” Younes said.

“They recognized that sunlight is the best disinfectant: The cure for bad speech is good speech. The cure for lies, truth. Silencing people does not mean problematic ideas disappear; it only drives their adherents into echo chambers.”

Younes said government actors are “just as prone to bias, hubris, and error as the rest of us,” and that if Americans been given the opportunity to contemplate the ideas outlined in the “Great Barrington Declaration,” the pandemic era “may have unfolded with far less tragedy—and with far less damage to the institutions that are supposed to protect public health.”