Choosing the path of diversity and life, as opposed to the violent path of monocultures and destruction, is our duty to the earth and future generations. 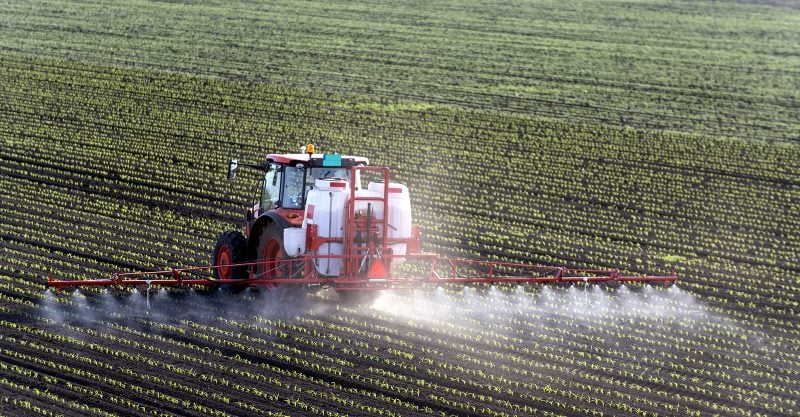 Editor’s note: This is the introduction to the “Gates to a Global Empire,” a report launched by Navdanya International.

Agriculture is the culture of the land. Respecting and caring for the land has sustained societies over thousands of years. Diversity of agricultural systems have evolved in different ecological climates and across diverse biomes — from mountains to coastal areas, from deserts to rainforests.

Food and agricultural systems have evolved from the land in diversity, sustainability and freedom.

Diversity and decentralization in living systems are the basis of freedom in nature and culture, in our seeds and agricultural systems, and in our food and knowledge systems.

Nature knows no monocultures. Cultures know no homogeneity and uniformity.

This was the agriculture we inherited before industrialization took hold.

Indigenous communities have evolved the most ingenious farming systems down the ages. Some examples follow.

Diverse indigenous peoples of the Amazon were gardeners and agroforesters, who grew crops among trees. Jennifer Watling, archaeologist at the University of São Paulo in Brazil, finds evidence of millions of inhabitants in the Amazon who carefully managed the soil and biodiversity, leaving both richer. “It looks a lot like agroforestry — managing the landscape, encouraging palms and probably other useful plants as well …”

In the Andes, indigenous cultures were growing peanut, cotton and squash 5,000-9000 years ago. Andean peasants of Peru and Bolivia evolved more than 4000 varieties of potatoes, grown alongside corn, quinoa, squash, and beans. The Aztecs, in 1265 AD, created floating gardens in the lakes of Chalco and Xochimilco that surrounded Tenochtitlan, the capital of the Aztec Empire.

Native American Indians began farming approximately 7,000 years ago. In Mesoamerica they transformed wild teosinte into the diversity of maize/corn varieties some 6000 years ago. By A.D. 1000, native American farmers had developed a complex agriculture based on three major crops — corn, beans and squash — which led to the breeding of a host of other plants providing diversity of supplemental crops.

In the Middle East, the land of the Fertile Crescent, earliest records of farming date back to 23,000 years ago. Cereals were grown in Syria as long as 9,000 years ago, while figs were cultivated even earlier; prehistoric seedless fruits discovered in the Jordan Valley suggest fig trees were being planted some 11,300 years ago.

In Asia agricultural systems evolved 40,000 years ago. The origins of rice and millet farming date to around 6,000 B.C.E. Indian indigenous peasants over time transformed a wild grass, Oryza sativa, into 200,000 rice varieties and have evolved a great diversity of crops with more than 30,000 plants and cultivated more than 10,000 species.

A century of chemical, industrial agriculture has destroyed the planet’s climate systems, pushed millions of species to extinction, desertified the soil and destroyed water systems.

One hundred years ago the chemicals produced by IG Farben and company (which today we know as the Poison Cartel) for use in the two world wars and concentration camps were then directed into agriculture and sold as agrichemicals. These chemicals found further fertile terrain In the 1960’s when the Green Revolution was imposed on the Third World by the World Bank, the U.S. government, and the Ford and Rockefeller Foundations, and vast areas of monocultures wiped out thousands of years of evolutionary diversity and innovation.

Farmers seeds, evolved and bred by farmers over millennia, were gathered up and stored in newly created institutions such as the International Rice Research Institute in the Philippines and the International Maize and Wheat Improvement Centre in Mexico. These institutions have today grown into the CGIAR systems which Bill Gates has now taken over as “One CGIAR” to be subsumed into his newest venture “Gates Ag One” or “One Agriculture,” towards controlling the world’s seeds. Any attempt to try and prevent this  take-over of farmers’ seeds to preserve their heritage has been bluntly prevented as in the case of India’s most eminent scientist Dr. R.H. Richaria.

Thus, we have today vast monocultures of the chemically responsive Green Revolution varieties of seed along with the conditionalities, credits and subsidies that come with them.

In the 1990’s, the Poison Cartel, having introduced chemicals in agriculture, were quick to adopt genetic engineering as a mechanism to patent seed. They freely took and patented the farmers seeds housed in the CGIAR and other gene banks, by simply adding the toxic Bt gene or the RoundUp Resistant gene.

Chito Medina, a leader in the struggle of peasants’ for Seed Sovereignty, Food Sovereignty and Knowledge Sovereignty in the Philippines outlines in his article how people’s movements are demanding the shutting down of the CGIAR institutions such as the International Rice Research Institute.

Monocultures of GMO corn, soya, cotton, and canola have spread over millions of acres. Monocultures intensified as did the use of toxic chemicals. Agriculture became decoupled from food, and crops were reduced to commodities to be used primarily as biofuel and animal feed.

Movements for Seed Freedom and Food Freedom against a globalised industrial agriculture grew stronger. Civil society marches against Monsanto and the Tribunal and People’s Assemblies against Monsanto widely made known the multinational’s relentless and innumerable toxic transgressions and violations — until its long time MoBay partner and pharmaceutical giant, Bayer, bought it up, thus conveniently taking it out of the public eye.

Long experience and research have shown that Agroecology based on Biodiversity, Seed Freedom and Food Freedom is essential to the future of food and farming.

The UN IAASTD seminal report showed that neither the Green Revolution nor GMOS could feed the world and at the same time protect the planet.

Nonetheless, blind to the thousands of years of farmers’ innovation and the biodiversity they had evolved, and dismissive of the voice of scientists and farmers, Gates continues with his vision of building an Agriculture Empire. Notwithstanding the scientific evidence of the failure of the Green Revolution, in 2006 he founded, along with the Rockefeller Foundation, AGRA, the Alliance for a Green Revolution in Africa.

Tim Wise’s contribution on AGRA in this report assesses the failure of this so called “green revolution” in Africa, which had already failed and caused more negative consequences in Asia, Latin America and the U.S.

“A clear sign of insanity is doing the same thing over and over again expecting a different outcome.”

Mounting evidence shows that industrially grown and industrially processed foods contribute significantly to the chronic disease epidemic we are now witnessing everywhere. But the issue of the industrial agriculture system’s impact on health is not one which Gates is particularly concerned with.

Twenty years ago, the Cartagena Protocol on Biosafety was established to regulate GMOS in the interests of safety of the environment and public health. Golden Rice was one of many GMO propaganda myths the biotech Poison Cartel attempted to promote.

Despite these warnings, Gates leads the way in the next step in disrupting our body’s metabolic systems and the symbiosis in the gut microbiome with his funding of industrially processed laboratory fake food — starting with his lab-made “breast milk” and “Impossible Burger.” Lab processed fake food is really about taking patents on our food, not about feeding people, as Gates and his fellow biotech friends would like us to think.

Since 2015, Gates has been swiftly expanding his empire over seed, agriculture and food, engaging in and funding large scale biopiracy.

Through digital technologies, he is voraciously mapping, patenting and pirating seeds from around the world, ignoring and eroding all international government treaties on the protection of biodiversity. And so, he continues to subvert and sabotage both farmers’ seed sovereignty and the seed sovereignty of countries.

False claims of precision and safety were made at the time for the first generation of GMOS, and today are again being made about gene editing technology.

Jonathan Latham’s article “God’s Red Pencil” shows how gene editing is by no means a precise “cut” and “paste” technology. It is scrambling the evolving tree of life and has unexpected and as yet unknown effects on organisms.

The European Court of Justice has ruled that gene edited organisms are GMOs. However, Gates is hastily pushing for deregulation with no regard for caution or potentially dangerous consequences. His “Gates Ag One” initiative has declared that time, essential to be able to assess and implement safety, is the enemy. He is rushing to impose untested seeds, foods, medicines on humanity, undermining all scientific and safety assessments, and destroying safe alternatives that have existed over thousands of years. Gates has no compunction in endangering life and people’s health in his pursuit of power and riches.

“Gates Ag One” is a clear declaration of his intent to create an empire over life and biodiversity, over food and farming, and over our daily bread.

As one humanity we cannot allow and must prevent this empire over life which builds on and reinforces the Poison Cartel’s century of  ecocide and genocide and is pushing us faster down the road towards extinction.

Choosing the path of diversity and life, as opposed to the violent path of monocultures and destruction, is our duty to the earth and future generations.

At stake is not only the biological and cultural diversity of the world, our seed freedom and food freedom, but our health and democracy, our life, our freedom.

Our very future as a species.

Vandana Shiva is the founder of Navdanya Research Foundation for Science, Technology and Ecology (India) and president of Navdanya International.