On the “RFK Jr. The Defender Podcast,” environmental attorney Rob Bilott and Robert F. Kennedy, Jr. discussed “forever chemicals” in food packaging, and what can be done about a problem the chemical industry says is “too big” to fix. 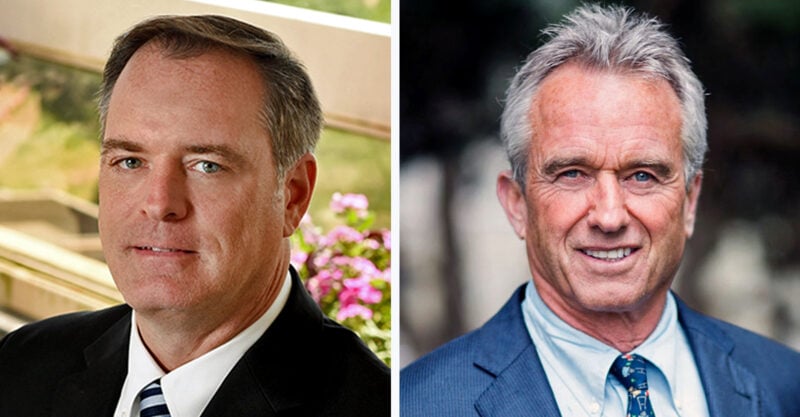 Forever chemicals — so called because they do not naturally break down — are all around us and nearly impossible to avoid, according to environmental attorney Rob Bilott.

“They’ve been out there for 70, 80 years in our environment, getting into our water, our soil, our air …  into all of us,” Bilott told Children’s Health Defense Chairman Robert F. Kennedy, Jr. on the May 19 episode of the “RFK Jr. The Defender Podcast.”

“They tend to get into our blood and stay there,” he said. “Our bodies don’t know how to process this stuff.”

Bilott is best known for taking on DuPont in a landmark case that exposed the harm caused by pollution from the company’s plant in Parkersburg, West Virginia.

A DuPont landfill in Parkersburg exposed people and animals in the area to perfluorooctanoic acid (PFOA), a type of polyfluoroalkyl substance, or PFAS — also known as “forever chemicals.”

The story of the case, on which Kennedy was co-counsel, was told in the film “Dark Waters,” starring actor Mark Ruffalo.

Bilott also wrote a book about the case, “Exposure: Poisoned Water, Corporate Greed, and One Lawyer’s Twenty-Year Battle against DuPont.”

Bilott told Kennedy he’s bringing a nationwide class-action lawsuit on behalf of people who have been exposed to PFAS, primarily through food packaging.

“We’re seeking not money, but to set up independent scientists in a scientific panel to look at what will this combination of PFAS do to us,” he said.

Bilott said the chemicals are used on items such as pizza boxes, hamburger wrappers and microwave popcorn bags to make them resistant to oils and grease.

Consumer Reports tested food packaging for its total organic fluorine content, which is an indicator of a material’s total PFAS content, according to the group’s website.

The testing detected fluorine in more than half the food packaging. Almost a third of the products had organic fluorine levels above 20 ppm, and 22 were above 100 ppm, the upper limit established by California beginning in 2023.

The U.S. Environmental Protection Agency recently reassessed PFOA and determined it should now be viewed as a likely human carcinogen, Bilott said. “There’s a concern now that there may not be a safe level for these chemicals in drinking water,” he added.

“We need to adopt laws to actually address this,” Bilott said, but the chemical industry claims the problem is simply “too big.”

“It’s so pervasive that if you begin to actually regulate and crack down on this, you’re going shut down the economy,” the argument goes, he said, because these chemicals are used in so many products, including computer chips.

“It’s almost like we’ve contaminated so much in so many people that it’s now too big to address,” said Bilott.

He was encouraged, though, when President Biden recently mentioned the need to address the problem — something he thought he would never see in his lifetime, he said.