Bypassing normal clinical trial guidance, the U.S. Food and Drug Administration on Tuesday expanded the Emergency Use Authorization for the Jynneos monkeypox vaccine to allow for an alternative method of injection and for “high-risk” children under 18 to get the vaccine. 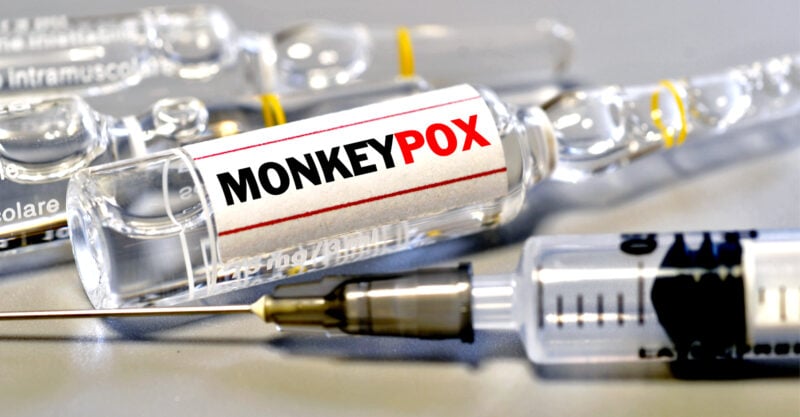 The U.S. Food and Drug Administration (FDA) on Tuesday expanded the Emergency Use Authorization (EUA) for the Jynneos monkeypox vaccine to allow for an alternative method of injection the agency said would help conserve low supplies.

The expanded EUA also allows the vaccine to be used in children under age 18 who are at “high risk” of infection.

Prior to issuing the expanded EUA, the FDA confirmed that “numerous” children were granted access to the vaccine on a “case-by-case basis” through a special permission process — even though the vaccine was not approved or authorized for emergency use in that age group — ABC News reported on Aug. 4.

News of the potential dose-sparing recommendations prompted some congressional staff — including from the Centers for Disease Control and Prevention (CDC) and U.S. Department of Health and Human Services — to question federal health officials about whether using the alternative injection method could affect the efficacy of the shot.

“They seemed to have no good answers for us, other than denying that it would impact things,” an individual who attended a briefing on the matter told Politico. “But they didn’t present any data.”

According to CNBC, monkeypox is rarely fatal and no deaths have been reported in the U.S. However, some patients need to be hospitalized to manage lesions, which can be painful.

Under the expanded EUA, healthcare providers can administer Bavarian Nordic’s Jynneos vaccine through intradermal injection — meaning between layers of the skin rather than below the skin — instead of subcutaneously, or beneath the skin.

The change in injection method will increase available doses fivefold — from 441,000 to more than 2.2 million — as intradermal injection uses only a fraction of the dose but provides the same protection, health officials said at a White House briefing.

“In recent weeks the monkeypox virus has continued to spread at a rate that has made it clear our current vaccine supply will not meet the current demand. The FDA quickly explored other scientifically appropriate options to facilitate access to the vaccine for all impacted individuals.

“By increasing the number of available doses, more individuals who want to be vaccinated against monkeypox will now have the opportunity to do so.”

Jynneos was approved in 2019 for the prevention of smallpox and monkeypox in high-risk adults 18 and older. The approval specified that the vaccine was to be administered subcutaneously, in two doses 28 days apart.

Using the intradermal method, the vaccine still will need to be administered in two doses, four weeks apart, the FDA said.

Children under 18 who are at high risk of monkeypox infection can receive the vaccine by subcutaneous injection, as it is easier to administer and there is not as much data available on the use of the vaccine in this age group.

The move to allow monkeypox vaccination in children under 18 is based on findings from the vaccine’s use in adults and on data on pediatric smallpox vaccination, CNN reported.

According to the CDC, Jynneos is approved to be administered subcutaneously into the fatty tissue over the triceps area in the upper arm.

The vaccine is administered as a “live Vaccinia virus preparation that is inoculated into the skin by pricking the skin surface.”

Although the National Institute of Allergy and Infectious Diseases is conducting a dose-sparing study of the Jynneos vaccine using intradermal injection, it could take months to complete, Politico reported.

In the meantime, the FDA based its authorization to allow the vaccine to be administered intradermally on data from a 2015 study of Jynneos in 524 participants, which “found a similar immune response when the vaccine was given intradermally in doses one-fifth the size of those given subcutaneously.”

“There is no traditional assessment of this vaccine … because there weren’t smallpox cases, and the monkeypox outbreaks before this were not large enough to really do a clinical trial,” Dr. Peter Marks, director of the FDA’s Center for Biologics Evaluation and Research, said Tuesday.

“We want to collect outcome data, as we do with all vaccines,” Marks said. “And I’d also point out that the NIH [National Institutes of Health] will be mounting a clinical trial and is working through the logistics of that now.”

CDC guidance ‘discourages variations from the recommended route, site, volume, or number of doses of any vaccine’

On a call with reporters, Califf said the “overall safety and efficacy profile [of Jynneos] will not be sacrificed” with a dose-sparing approach, which Dr. Anthony Fauci, chief medical advisor to President Biden, touted as a ”promising solution to the vaccine shortage.”

According to the CDC’s Advisory Committee on Immunization Practices, best practice guidance for the administration of a vaccine is normally “derived from data from clinical trials, practical experience, normal intervals of health care visits and theoretical considerations.”

The CDC website lists numerous examples where the method of administering a vaccine alters immunogenicity — the ability of a foreign substance, such as an antigen, to provoke an immune response in the human body.

A paper published in 2015, in the Expert Review of Vaccines assessed the effect of vaccine administration modality on immunogenicity and efficacy.

The authors found the “route of delivery can affect the vaccine localization that may influence the priming of immune cells as well as consequential local and systemic immune responses.”

They went on to say that “the choice of one strategy over the other depends on the type of vaccine and protective immunity needed to conquer the disease based on the route of infection and transmission.”