The U.S. Department of Health and Human Services on Thursday declared monkeypox a public health emergency. The U.S. Food and Drug Administration said it will offer monkeypox vaccines to children on a “case-by-case” basis, despite no clinical trials for kids under 18. 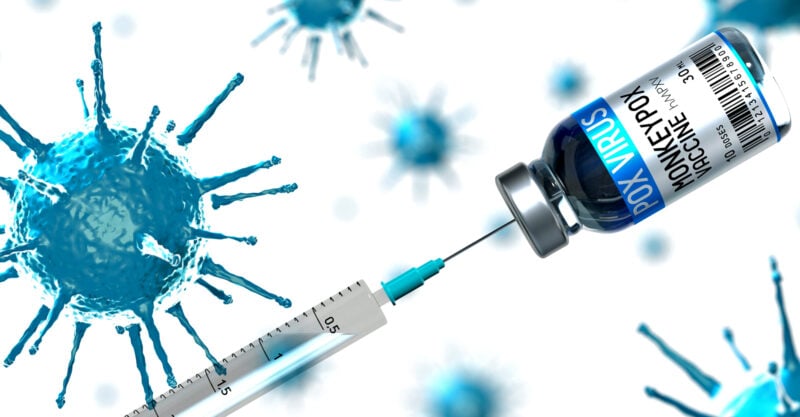 “We’re prepared to take our response to the next level in addressing this virus, and we urge every American to take monkeypox seriously and to take responsibility to help us tackle this virus,” Becerra said.

Becerra said he also is considering a second declaration that would allow federal officials to expedite medical countermeasures — such as potential treatments and vaccines — designed to ensure drugs are safe and effective.

“That’s why today’s public health emergency declaration on the virus is critical to confronting this outbreak with the urgency it warrants,” Biden said.

The last time the U.S. declared a public health emergency was in January 2020, for COVID-19.

According to the Centers for Disease Control and Prevention (CDC), more than 7,100 cases of monkeypox have been reported in the U.S., including five cases in children.

Symptoms of monkeypox infection are usually mild and include fever, rash and swollen lymph nodes, and occasionally intense headache, back pain, muscle aches, lack of energy and skin eruptions that can cause painful lesions, scabs or crusts.

The virus is rarely fatal and no deaths have been reported in the U.S.

Monkeypox primarily is spread through skin-to-skin contact during sex and affects mostly gay and bisexual men, public health officials say, although the virus can affect anyone.

According to the CDC, about 98% of monkeypox patients who provided demographic information to clinics identified as men who have sex with men.

Now that the Biden administration has declared the monkeypox outbreak a public health emergency, the U.S. Food and Drug Administration (FDA) can move to issue an Emergency Use Authorization for the JYNNEOS vaccine for children under 18.

There are two vaccines that may be used “for the prevention” of monkeypox virus infection: JYNNEOS — also known as Imvamune or Imvanex — and ACAM2000, which is licensed by the FDA for use against smallpox and “made available for use against monkeypox under an Expanded Access Investigational New Drug application.”

The FDA told ABC News on Thursday that while the current monkeypox vaccine, JYNNEOS, is approved only for adults ages 18 and older, it will be available for kids on a case-by-case basis.

The JYNNEOS vaccine, delivered in a two-dose series, was not tested through clinical trials in children.

“If a doctor decides a person under 18 was exposed to monkeypox and the benefit of the vaccine is greater than any potential risk, they can submit a request to the FDA,” ABC News reported.

According to the CDC, the “immune response” takes “14 days after the second dose of JYNNEOS and 4 weeks after the ACAM2000 dose for maximal development.”

The CDC website also states: “No data are available yet on the effectiveness of these vaccines in the current outbreak.”

According to the latest data from the Vaccine Adverse Event Reporting System (VAERS), between June 14 and July 21, 2022, 31 adverse events were reported following vaccination with JYNNEOS — manufactured by Bavarian Nordic.

The World Health Organization (WHO) declared monkeypox a global health emergency after more than 26,000 cases were reported across 87 countries.

A global emergency is the WHO’s highest level of alert, but the designation does not necessarily mean a disease is particularly transmissible or lethal.

The U.S. makes up 25% of confirmed cases globally although the U.K. was the first to alert the world to the outbreak in May after confirming several cases.

A monkeypox fictional simulation was held in March 2021

As The Defender reported in May, the Nuclear Threat Initiative, in conjunction with the Munich Security Conference, in March 2021 held a “tabletop exercise on reducing high-consequence biological threats,” involving an “unusual strain of monkeypox virus that first emerged in the fictional nation of Brinia and spread globally over 18 months.”

This is similar to “Event 201,” a “high-level pandemic exercise” organized by the Johns Hopkins Center for Health Security, along with the World Economic Forum and the Bill & Melinda Gates Foundation — just weeks before the COVID-19 outbreak — that mirrored what later followed with COVID-19 pandemic.

According to the Nuclear Threat Initiative, the monkeypox exercise, which was “developed in consultation with technical and policy experts,” brought together “19 senior leaders and experts from across Africa, the Americas, Asia, and Europe with decades of combined experience in public health, biotechnology industry, international security, and philanthropy.”

Key participants in the simulation included Johnson & Johnson and Janssen, the Bill & Melinda Gates Foundation, the Chinese Centers for Disease Control and Prevention, the Nuclear Threat Initiative, GAVI — the Vaccine Alliance, Merck and the WHO.