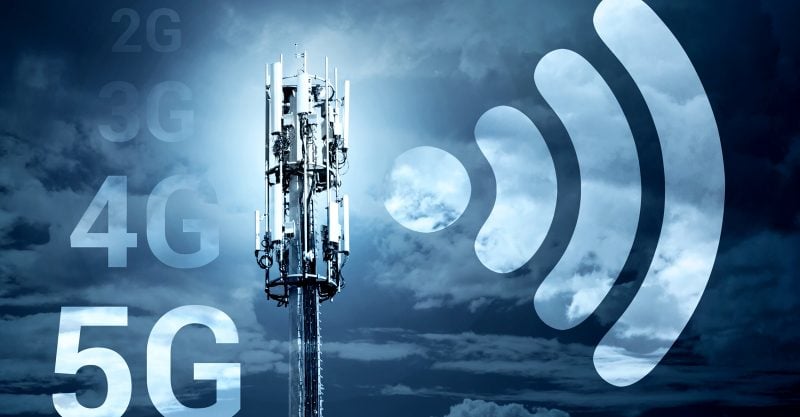 Two separate health advocacy organizations have sued the Federal Communications Commission (FCC) over its complete dismissal of evidence of serious health impacts from wireless technology devices and infrastructure, such as cell phones and cell towers.

The cases have been brought after the FCC completely dismissed all evidence presented to it during a six year public inquiry which the FCC opened itself. The FCC, which is “an independent agency of the U.S. government that regulates communications by radio, television, wire, satellite, and cable across the United States,” opened the inquiry in 2013, asking the public to submit comments to the inquiry’s docket as to whether or not the FCC should review its 1996 Radio Frequency (RF) radiation guidelines. The inquiry was closed in December 2019.

During that time tremendous amounts of scientific and human evidence of physical harm caused by radiation emitted from wireless technology such as Wi-Fi and cell towers, was submitted to the FCC in 1,700 filings. The filings contain peer-reviewed studies that show radiofrequency radiation contributes to cell damage, DNA damage, infertility, carcinogenicity, cognitive deficits, and cardiovascular disruption, among a wide array of negative health effects.

Pleas to reconsider radiation limits came from scientists and science organizations, such as the BioInitiative and EMF Scientist, from doctors and medical organizations, and from hundreds of individuals, including parents of children injured by wireless technology.

The scientific studies and testimony of the physical harm caused by RF radiation were requested by the FCC for the purposes of reassessing their “radiofrequency exposure limits and policies” after Congress’s Government Accountability Office recommended such a commission.

But the FCC summarily dismissed the evidence, without explanation.

The FCC declared that “the vast majority of filings were unscientific, and even the filings that sought to present scientific evidence failed to make a persuasive case for revisiting our existing RF limits,” the FCC stated in a resolution to close their inquiry.

The FCC also cited “sister” agencies such as the FDA, stating, “No evidence has moved our sister health and safety agencies to issue substantive policy recommendations for strengthening RF exposure regulation.”

“The Director of FDA’s Center for Devices and Radiological Health advised the Commission, as recently as April 2019, that ‘no changes to the current standards are warranted at this time,’ the FCC continued.

“Upon review of the record, we find no appropriate basis for and thus decline to initiate a rulemaking to reevaluate the existing RF exposure limits,” the FCC concluded, referring to its 1996 RF radiation exposure guidelines.

Their unsupported dismissal of both scientific studies and firsthand experience testimony prompted both the Children’s Health Defense (CHD) and the Environmental Health Trust (EHT) to sue the FCC.

During oral arguments one of the judges, Robert Wilkins, who is a chemical engineer by training, told the FCC, “I am inclined to rule against you.”

That response as well as other remarks by the judges critical of the FCC’s continued adherence to the 1996 guidelines has sparked hope for what the advocacy organizations are calling a “landmark case.”

“I hear all the time from people whose lives are devastated, and they don’t know what to do, they don’t know where to go, and they need help. Some are driven to suicide. And as a society we owe them an answer,” said Scott McCollough, an attorney for CHD, during a press conference which the advocacy organisations held on the case’s oral arguments. McCullough presented the arguments on behalf of the CHD, the EHT, Consumers for Safe Cell Phones, and other petitioners.

“Hundreds of people wrote [to the FCC] with just horrible letters; It tears you up to read what these people told the Commission. They did nothing. They kicked everybody in the teeth. We described it as a gut punch in our brief and that’s exactly what it was,” said McCollough.

CHD and EHT argued in their jointly filed briefs that the FCC did not back up their decision with any evidence of their own. The groups are arguing that the dismissal “lacked evidence of reasoned decision-making” and therefore was “arbitrary.” It was furthermore, they said, a violation of the Administrative Procedures Act as well as the National Environmental Policy Act and the 1996 Telecommunications Act, “because it failed to consider the impact of its decision on public health and safety.”

‘We don’t deal with humans, only frequencies’

The FCC’s approach to claims of RF radiation harm is encapsulated by one phone call, said CHD attorney Scott McCollough while opening his oral argument in court.

“One of the petitioners recently contacted the FCC to seek redress for injuries she attributes to RF exposures. The commission representative said, ‘We don’t deal with humans, only frequencies,’ and hung up,” McCollough revealed.

“They [the FCC] don’t understand biological effects, and they don’t want to. It makes their head hurt,” McCollough later said during the press conference.

That is why, McCollough argues, that the FCC continues to insist there is no evidence that wireless technology causes harm, in the face of the 11,000 pages of scientific and human evidence showing “profound harmful effects and widespread sickness from wireless technology” filed by theCHD, the EHT, and their fellow petitioners in the case.

And these 11,000 pages are only “the tip of the iceberg” regarding the harmful effects of wireless technology, explained attorney Dafna Tachover, CHD’s 5G and Wireless Harms director.  “In these kinds of cases, we have to rely on the evidence that was submitted to the docket,” Tachover said during the press conference.

Included in the 11,000-page “Joint Appendix” are “references to thousands of peer-reviewed scientific studies showing DNA damage, reproductive harm, neurological effects such as ADHD, and radiation sickness, which seems to be the most widespread manifestation of wireless harms,” reported CHD.

“The evidence shows effects on the brain, including impaired blood flow and damage to the blood-brain barrier, cognitive and memory problems and effects on sleep, melatonin production and mitochondrial damage,” the CHD report continues.

CHD also reported that the evidence found the “Causal mechanism of harm”: Oxidative Stress, which “was found in 203 out of 225 studies,” and “can lead to cancer, non-cancer conditions and DNA damage.”

Judges critical of the FCC

During a press conference on the oral arguments of the case, Robert F. Kennedy Jr., chairman of CHD, said that the organizations “were blessed with what we call a ‘hot bench.’”

“A lot of work on the argument was done by the judges who were clearly familiar with the case and were extremely skeptical of FCC’s position,” Kennedy said.

During the oral arguments for the case Judge Millet challenged the FCC attorney multiple times regarding the FCC’s reliance on the FDA, and the inadequacy of the FDA’s input.

“How was it reasonable for the FCC to rely so heavily on a response from the FDA that did not address the very things you asked for information on: devices [other than cell phones], the use of multiple devices and physical harms other than cancer?” Millet asked.

The FCC attorney also admitted that even after the FCC “made very clear” that they rely upon “other agencies with expertise in this area,” they were met with silence.”

“We formally solicited the views of other agencies with expertise in this area, we made very clear that we wanted to rely on them. We relied on the views of expert agencies in adopting these limits in the first place,” the FCC attorney told the judges.

When asked by Judge Millet if the FCC relied on agencies besides the FDA, the FCC attorney said: “We formally seek the input of all expert bodies in this area, and we left the docket open for seven years giving ample opportunity to weigh in and not one of these bodies said you need to change your standards. And we’re not arguing that silence should be construed as endorsement, but it shouldn’t be construed as disapproval of the agency’s existing limits.”

Is the regulation of the FCC fit-for-purpose?

Reflecting on this silence of the “expert” agencies during the case press conference, McCullough suggested that the regulation system was no longer fit-for-purpose.

“Over all of this time it has become obvious that agencies that are charged with regulating entities almost inevitably become captured by them,” he said. “They are inculcated in how the industry [works] and they begin to develop some kind of Stockholm Syndrome by these agencies that they have to deal with. Quite frankly, that’s all they see most of the time.”

Tachover asked Kennedy during the case press conference what he thinks is “the most effective thing that our movement can do to create change.”

He replied, “I think we have to keep the pressure up on the agency. The ultimate issue is we’ve gotta get money out of politics, because as Scott pointed out, agency capture is not controversial. There are hundreds of articles that document the process. It occurs, as Scott says, directly and indirectly. In some [agencies] it’s innocent, but in most of them it does become corrupt. And it’s reinforced through budgeting.”

He went on to describe how the agency “capture” process can work.

“As highly visible and powerful regulators approach retirement age, they know that they can quintuple their salary by going to work for the agency that they regulated,” he said.

“And so usually in a year or two, before they approach retirement, they begin doing really extravagant favors, highly visible favors for the industry that they regulate. As it happens, those regulators are the people who chair the departments, and hire new people, and who set the example for their underlings. And gradually the entire agency becomes subsumed in the process,” Kennedy continued.

“The judges in this country, and really everywhere, will not give us victories in a vacuum. We have to lay the public groundwork. We have to show the judge that the public is out there and they want reform. That there are people like you who have been injured. We need to come in with those stories, those very powerful parables about how democracy is failing, it’s being held up to ridicule, and people are being harmed in terrible ways. And we need a grassroots movement to continually promote those stories,” Kennedy concluded. 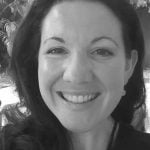 Emily Mangiaracina is a Miami-based journalist for LifeSiteNews. 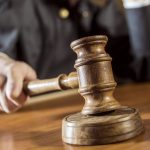 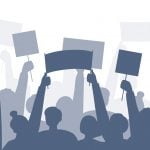 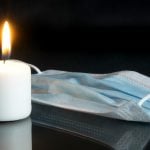