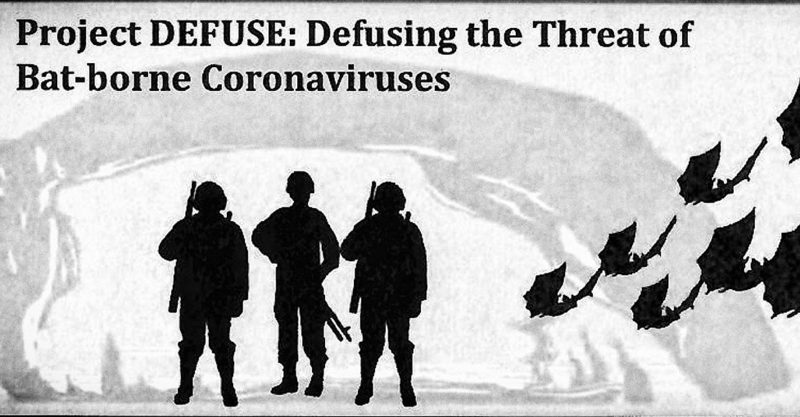 The DisInformation Chronicle analyzed grants awarded by NIH to EcoHealth Alliance for research on bat coronaviruses, and compared them to leaked documents from the Defense Advanced Research Projects Agency (DARPA), a research group housed within the U.S. Department of Defense.

“Some of the same experimental platforms flagged by DARPA as being gain-of-function and dual-use research were those performed in the bat coronavirus emergence grant funded by [NIH] for 6 years,” a staff scientist at U.S. Right to Know told The DisInformation Chronicle.

“Newly leaked Defense Department documents made public by the research group DRASTIC further erode the vanishing credibility of NIH’s Anthony Fauci and pandemic researcher Peter Daszak regarding their claims about gain-of-function studies at the Wuhan Institute of Virology.”

Science reporters close to Daszak have long carried his denials.

“If you look at the narratives we were told, some of them were obviously not true,” Gilles Demaneuf of DRASTIC told The DisInformation Chronicle.

In reporting last year, National Public Radio ignored that Daszak’s NIH grant included gain-of-function research, as he told them it was funded to study coronaviruses gathered from bats.

The journal Nature also ignored Daszak’s gain-of-function experiments, and described his research as involving the “collecting faeces and other samples from bats, and blood samples from people at risk of infection from bat-origin viruses.”

Read the full investigation of Fauci and EcoHealth Alliance at The DisInformation Chronicle.