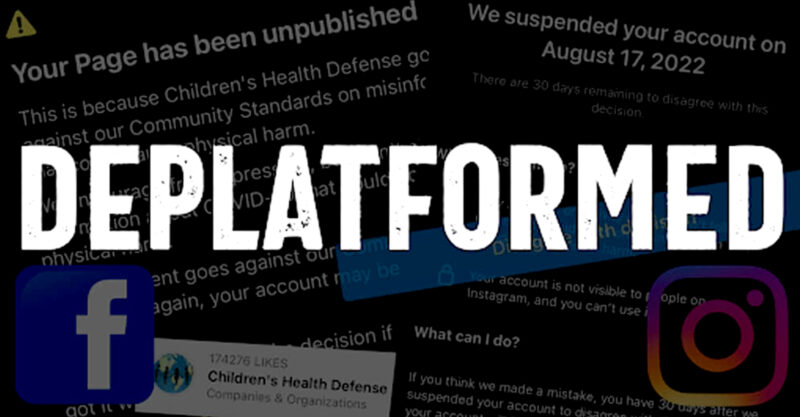 Each of these accounts had hundreds of thousands of followers.

CHD received the following notifications from both platforms: 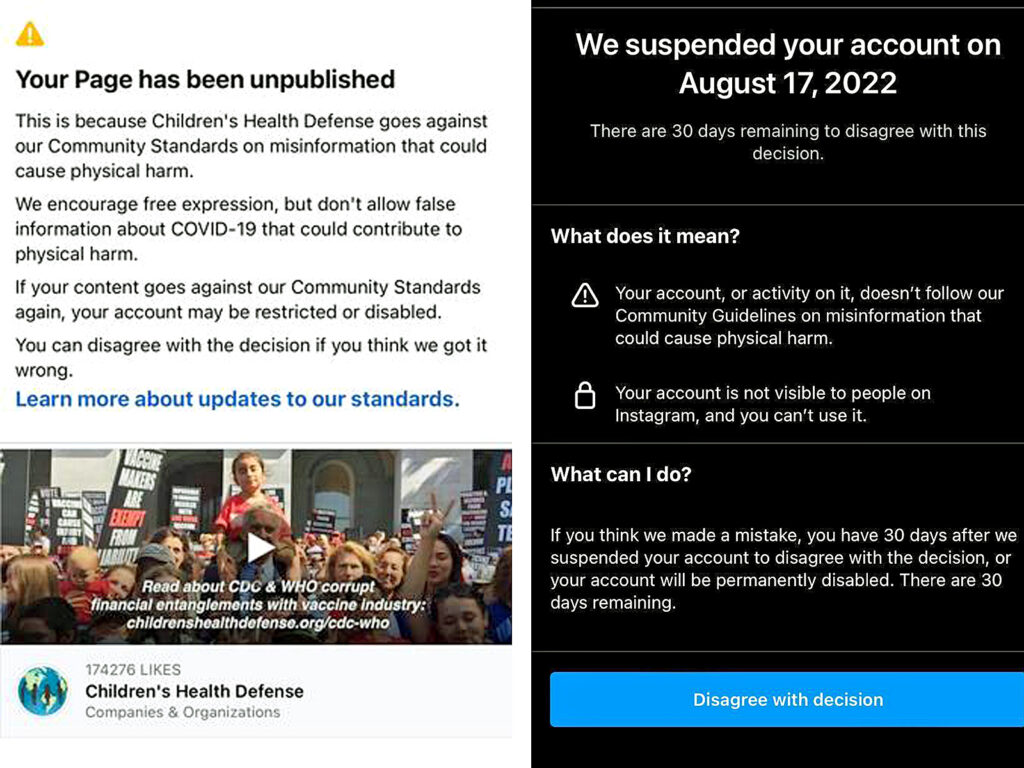 “Facebook is acting here as a surrogate for the federal government’s crusade to silence all criticism of draconian government policies. Our constitutional framers recognized this peril of government censorship.

In an appeal filed July 29 in the 9th Circuit U.S. Court of Appeals, CHD provided the court with documents, produced by the Centers for Disease Control and Prevention (CDC), which the CDC provided to Facebook outlining what the CDC defined as “misinformation.”

Titled “COVID Vaccine Misinformation: Hot Topics,” the documents advised tech giants to “be on the lookout” for various topics the CDC considers to be misinformation including COVID-19 vaccine shedding, VAERS reports, spike protein data and more.

And within hours of the CHD being de-platformed, CDC Director Dr. Rochelle Walensky outlined plans for overhauling how the agency works while admitting the agency’s response to COVID-19 was flawed and the agency committed a number of missteps in its management of the pandemic.