Moderna’s reported death rate for its COVID vaccine, based on clinical trials, is 5.41 times greater than Pfizer’s. Yet neither are representative of national death rates — that’s a red flag. 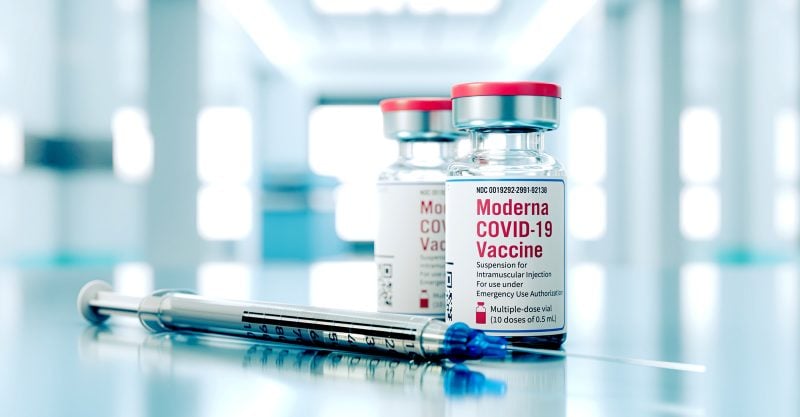 Search the scientific literature for examples of long-term vaccine randomized clinical trials that use inert placebos — you will not find them. Short-term studies are the preferred mode of vaccine manufacturers — even when there is no emergency — leaving long-term vaccine safety to be assessed after the vaccine goes to market.

The public is never afforded the opportunity to opt out of human subject trials in spite of federal regulations that provide protections against experimentation — with special protections for children and pregnant women.

Moderna’s mRNA vaccine is touted as having great promise for use against SARS-CoV-2, the virus that causes coronavirus. As a new technology, it has features that make it competitive.

First, the design allows rapid updates of the vaccine to match new circulating types of virus. This is a stark contrast to, say, Merck’s MMR vaccine, which is showing signs of waning usefulness, not at all unexpected — in fact predicted to be obsolete in 2022 — unless updated to match the wild measles virus every two years or so.

Merck has not updated the MMR vaccine since it was created in 1960 — and the vaccine type and wild type measles lineages have evolved away from each other. Vaccine failure is now evident in that a majority of measles cases in the U.S. are in the vaccinated population (see Poland and Jacobson, 2012 and Hammond, 2020).

Given that Moderna’s mRNA vaccine utilizes only a single protein, it may be expected to induce less autoimmunity than vaccines that utilize more than one SARS-CoV-2 protein. Still, Moderna did not screen out unsafe epitopes to reduce autoimmunity due to homology between parts of the viral protein and the human proteome. Thus, concern over vaccine-induced pathogenic priming is not zero, but it may be less than COVID-19 vaccines that use more than one SARS-CoV-2 protein.

However, the hyper-focused IgG response to the fewer antigens could cause hyperimmunization, a condition considered ripe for off-target autoimmunity attacks. Neither Moderna’s nor Pfizer’s studies leading to filing for the Emergency Use Authorization (EUA) have addressed long-term safety.

In contrast to what Moderna reported to the U.S. Food and Drug Administration (FDA) in the early months of COVID-19, its mRNA vaccine is not an established technology. It is new. As a new, experimental vaccine, it deserves close and objective scrutiny.

Moderna reports 94.5% efficacy. The “efficacy” of vaccines is understood to be a measure of the effectiveness of the vaccine on an ideal population, and differs from “effectiveness,” which is how well a vaccine manages to induce evidence of immunity in the real population upon which it is being used.

Close inspection of Moderna’s data made public ahead of the FDA’s Vaccines and Related Biological Products Advisory Committee (VRBAC) meeting that was scheduled for Dec. 17, 2020, however, reveals that among the vaccinated, an additional 81 participants and 118 among the placebo participants developed a COVID-19 diagnosis between the first and second shots. These participants were determined to be ineligible for the second dose and removed from the study.

By my calculations, these additional cases shift the vaccine efficacy from 94.5% to 75.4%.

If a chemotherapy agent is being tested against another cancer treatment, the deaths that occur between scheduled treatment rounds must be counted. It is misleading not to count these additional cases of COVID-19 in the Moderna vaccine trial — the 94.5% efficacy is not based in clinical reality even for an ideal population.

Another problem with Moderna’s FDA report is its data on safety. First, during data clean-up, Moderna changed one “death” in the vaccine group to a “serious adverse event” (SAE) — somehow resurrecting a patient? In mirror fashion, one “SAE” was changed to a “death” in the placebo group. Not to worry, though, because there were 13 deaths overall in the entire study — six in the vaccinated, and seven in the unvaccinated.

Of the 13 deaths that occurred in the trial, the clinicians running the trial determined (to their own, and evidently to the FDA’s satisfaction) that the deaths could not have been due to the vaccine, or to the placebo, even though two of the deaths — one in the vaccinated group, and one in the placebo group — had “Death NOS” as the description “NOS” stands for “not otherwise specified.”

How the physicians were able to determine that the two instances of “death NOS” were not due to the vaccine — i.e., how they derived absolute knowledge of causality in individual cases — is a mystery.

In the National Vaccine Injury Compensation Program, by contrast, such causality determinations in individual cases can take decades. Plausible mechanisms of pathophysiology are key in such determinations. For example, myocardial infarction can involve autoimmunity. The key indicator sometimes used is the type of infiltrating cells (although this is not a black-and-white characteristic), and certainly myocardial infarction has been seen in post-vaccination deaths before.

Multisystem organ failure is consistent with autoimmunity against ubiquitously expressed proteins as a result of vaccination. Given available data, the vaccine cannot easily be ruled out.

The suicide cannot be ruled out as not due the vaccine, either, as the possibility of psychological distress over pressure not to let down society, if the person developed COVID-19, or suspected she did, or might not want to disappoint the world by contributing to the failure of the study, could trigger depression. Or, less dramatically, autoimmunity against oxytocin or serotonin receptors could lead to devastating depression.

There are no past studies of this type of vaccine or any Beta-coronavirus vaccine, or any vaccine using this technology to which the physicians could refer to rule out causality in these cases.

Moderna and Pfizer both made promises for complete transparency. It is essential that Moderna provide sufficient explanation on the determination of lack of causality for the deaths in the vaccination arm.

The process by which Moderna managed to achieve 0.5% SAEs also requires full disclosure and given such serious discrepancies, closer inspection.

Also, when comparing the study-wide number of deaths per day per 100K for the study to that of the entire U.S. population from 2019, I was shocked: the national number of deaths per day per 100K is 2.44. Moderna’s screening process and exclusion criteria in the trial led to evidence that the general population is dying at a rate 6.3 times greater than the death rate in the Moderna trial — which means the Moderna study, including its estimated efficacy rate and the vaccine’s alleged safety profile — cannot possibly be relevant to most of the U.S. population. The super-healthy cohorts studied by Moderna are in no way representative of the U.S. population. Most deaths from COVID-19 involve pre-existing health conditions of the types excluded from both Pfizer and Moderna trials.

Translational failure is the failure of the findings of earlier clinical research to generalize to later phases — or to hold up when a product comes to market (Prasad, 2016). This can occur due to use of a pharmaceutical or medical procedure on a group for which safety and efficacy has not been determined.

The public should know that the Moderna trial excluded patients that had evidence of atopy — specifically, urticaria or past incidence of anaphylaxis. To avoid translational failure, these people should be excluded from vaccination on roll-out. Those enrolling in the post-market surveillance studies deserve to know the abject absence of any relevant information on efficacy and risk for them. In their zeal to help humanity, or to help themselves, these people may very well be walking into a situation that will cause autoimmunity due to pathogenic priming (Lyons-Weiler, 2020), potentially leading to disease enhancement should they become infected following vaccination.

The outcome of these trials influence all of us. Peter Doshi, Associate Editor of the BMJ, has identified additional discrepancies and has called for access to the raw data from all of the COVID19 clinical trials. The discrepancies I have identified underscore the urgency of fulfillment of promises of 100% transparency and independent assessment of the actual outcomes implied by the data of these trials. 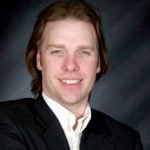