‘We Got Played’: Pennsylvania Allows Controversial Fracking Company to Keep Drilling in Community It Polluted

Coterra Energy, the gas-drilling company that last month pled “no contest” to multiple criminal environmental charges, will be permitted to resume horizontal fracking in Dimock, Pennsylvania, under the plea deal that also required the company to pay $16.29 million to connect residents’ homes to a clean water source. 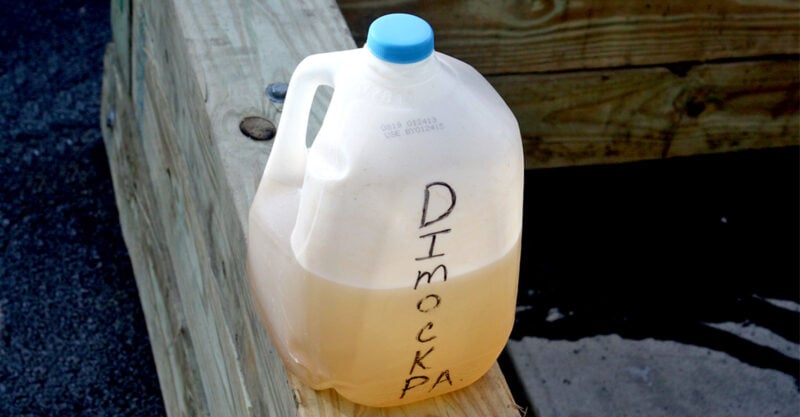 Coterra Energy, the gas-drilling company that last month pled “no contest” to multiple criminal environmental charges, will be permitted to resume horizontal fracking in the same Pennsylvania community where its activities triggered the criminal charges.

The Pennsylvania Department of Environmental Protection (DEP) quietly lifted a moratorium, in place since 2010, on drilling in the area as part of a plea deal reached Nov. 29, The Associated Press (AP), which obtained a copy of the plea deal, reported Monday.

As part of its Nov. 29 settlement with the Commonwealth of Pennsylvania, Coterra Energy — formerly known as Cabot Oil & Gas — agreed to pay $16.29 million to connect the homes of residents in the rural community of Dimock to a clean source of water, and to pay the affected residents’ water bills for the next 75 years.

This is huge! I visited Dimock in 2010 + watched fires come from people’s faucets. I’m grateful for victory + @JoshShapiroPA for standing up to fracking industry. This is 1st time active driller is held responsible for poisoning water + ruining lives. https://t.co/znlNhegdXL

Pennsylvania Attorney General Josh Shapiro, who announced the deal, had filed the original charges against the drilling company in June 2020, after a grand jury investigation found the company’s gas wells were “faulty,” resulting in flammable methane leaking into aquifers in Dimock and the surrounding area.

In Pennsylvania, a no-contest plea means the company has accepted criminal responsibility.

The news that Coterra can resume fracking activities led Ray Kemble, a local resident actively involved in legal actions against Coterra, to tell the AP, “We got played.”

Dimock first gained national notoriety following the explosion of several water wells in the community as a result of drilling by Cabot, beginning Sept. 11, 2008.

Images of residents’ tap water being lit on fire quickly went national and were enshrined in the Emmy Award-winning documentary, “Gasland.”

According to the AP, Pennsylvania officials “denied that Coterra was allowed to plead to a misdemeanor charge in exchange for being allowed to drill for potentially hundreds of millions of dollars’ worth of gas.”

As part of the new DEP regulations, “Coterra will be permitted to drill horizontally underneath a 9-square-mile (23-square-kilometer) area of Dimock and frack the gas-bearing shale that lies thousands of feet down,” reports the AP.

“When Coterra took over responsibility of the wells after the Cabot merger, they actively engaged with DEP to address the remaining issues in the area.

“Coterra committed to strict controls, monitoring and evaluation, resulting in some of the most restricted conditions on any drilling in the Commonwealth.”

At the Nov. 29 press conference announcing the plea deal with Coterra, Shapiro, a Democrat who is the state’s Governor-elect, “punted a reporter’s question about whether Coterra would be permitted to resume drilling in the moratorium area,” according to the AP.

Instead, Shapiro stated that the outgoing administration of Gov. Tom Wolf, a Democrat, was still responsible for such matters.

Jacklin Rhoads, a spokesperson for Shapiro, said the plea deal and the DEP’s lifting of the drilling moratorium were unconnected.

“Our office plays no role in DEP’s regulatory decisions and we do not share confidential information about criminal investigations,” Rhoads said.

According to the AP, Wolf supported the decision to allow Coterra to resume drilling in Dimock, “as long as they do what we need them to do with the new water supply and the pipes.” Coterra will have to adhere to “some pretty stringent guidelines,” Wolf said.

Megan McDonough, director of Food & Water Watch in Pennsylvania, said in a statement:

“This outrageous action by Governor Wolf is just one more gift his administration is delivering to the dirty fracking industry. The people of Dimock suffered at the hands of careless corporate polluters, as have other communities across Pennsylvania.

“Reaching this deal on the very same day that Coterra was in court for contaminating Dimock’s water raises serious questions about what was going on behind the scenes in the Wolf administration. This unconscionable action is a betrayal of suffering communities that are still years away from a permanent solution that will restore their access to clean water.

“Governor Wolf should be ashamed of this agreement. Governor-elect Josh Shapiro must address this outrageous betrayal as soon as he takes office next month.”

Under the plea deal, Coterra will not be able to drill new wells within the moratorium area itself but will be allowed to horizontally drill into the affected area from outside.

Anthony Ingraffea, a retired Cornell University engineering professor and expert on gas well failures in Pennsylvania, told the AP that Coterra stands to extract as much as $500 million worth of gas from the area, and can drill up to 50 wells.

Ingraffea, who once testified on behalf of Dimock residents in their lawsuit against Coterra’s predecessor, Cabot, described this development as “groundhog day.” He said more leaks and more environmental damage are inevitable. He added:

“These poor families, the families that remain and families that are still to be impacted, are right back to where they were in 2008.

“The state of Pennsylvania, the governor’s office and PA DEP, are washing their hands.”

Also speaking to AP, Alan Hall, vice chair of the Susquehanna County Board of Commissioners, claimed that many Dimock residents have been pushing for gas drilling to resume in the area, as they leased their land to Coterra years ago. He said:

“They know the gas in that area is very prolific, and there’s a lot of it there.

“And they’d been hoping a resolution would come through, that their leases would be activated again and they’d start being able to get royalties out of the process.”

But while the resumption of drilling activities and the payment of royalties may be swift, residents will have to wait until 2027 for the clean water supply promised as part of the plea deal with the state, to materialize. According to AP, the new water line may not be operational until that year.

In the meantime, Coterra is obliged by the plea deal “to install temporary treatment systems at the homes of residents who want them.”

As reported by The Defender, treatment systems previously installed in area homes have repeatedly failed or been ineffective. As a result, many residents have been forced to use bottled water or bulk water purchased commercially, or to draw water from “creeks and artesian wells.”

Dimock resident Erik Roos told the AP the agreement to allow Coterra to resume drilling was “disturbing to me.” “Seems to me they should wait at least a year. … If you show you’re following this agreement, maybe we’ll let you do it [resume drilling].”

Zacariah Hildenbrand, a biochemist who has tested the groundwater in Dimock, also expressed surprise. While horizontal drilling is “orders of magnitude” safer than vertical drilling, he nevertheless questioned the decision and its timing in remarks made to the AP:

“Why even roll the dice for this to happen again? You’ve already made a colossal mess of this region. It’s already been a black eye to the industry.

“Why not pick up your tools and go somewhere else?”

Nevertheless, for Coterra, the deal with the DEP allows business as usual to resume. Coterra spokesperson George Stark said in a statement that the agreement:

“Resolves longstanding issues and provides for the responsible and safe development of natural resources located inside the nine-square mile area.

“It also satisfies the desires of many of the landowners, who communicated their support for such development over the years.”

Pennsylvania is the second-largest gas-producing state after Texas, while Susquehanna County — where Dimock is located — is the largest natural gas-producing county in the state, according to the AP.