Results from a recent Centers for Disease Control and Prevention report suggest the COVID-19 bivalent booster does little more than restore protection levels to pre-vaccination levels. 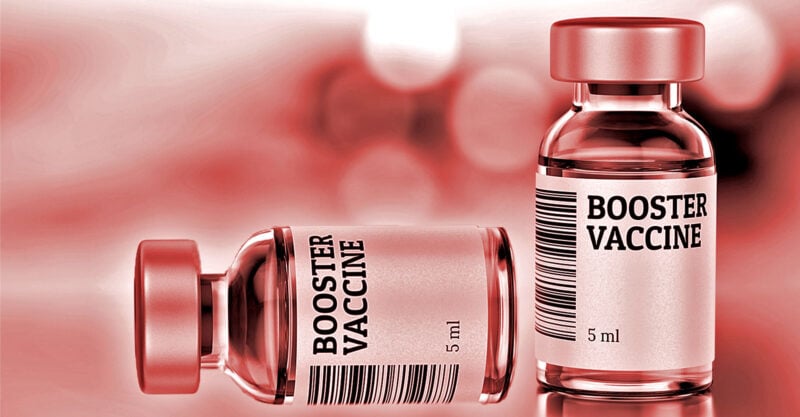 In September, the U.S. Food and Drug Administration (FDA) — over the objections of the agency’s own advisors — authorized Pfizer’s COVID-19 bivalent booster on an emergency basis, without any testing or demonstration that the products had any benefit in human beings.

The only “emergency” was that collapsing demand for Pfizer’s original shots had caused a lapse in the drugmaker’s windfall profits.

Responding to this embarrassment, the Centers for Disease Control and Prevention (CDC) last week published the first data on efficacy of the bivalent boosters.

Using the agency’s own data and methodology, we calculate an effectiveness of 9% compared to no vaccine at all. However, inexplicably, the CDC reported an effectiveness in the range of 19% to 50%, depending on previous vaccination history.

Even accepting the CDC’s computation, the FDA’s authorization was illegal because their rules demand a minimal efficacy of 50% for emergency use authorization.

It gets more interesting when we look at subjects in the study who were fully vaccinated but did not get the new booster. They did much worse than the unvaccinated. This is more evidence of something we reported in the past: Modest efficacy of the COVID-19 “vaccines” lasts a short while, then falls to zero and continues falling well below zero. A few months after vaccination, the vaccinated are more likely to get COVID-19 than the unvaccinated.

Breaking down the study

The study in question is a Morbidity and Mortality Weekly Report (MMWR) released Nov. 22 by the CDC that purportedly demonstrated a protective benefit of the bivalent COVID-19 booster that was authorized for emergency use on Sept. 1 of this year.

The CDC authors offered some rare transparency up front:

Let’s break that down …

First, “immunogenicity” refers to an immune response in the form of antibody production that can be detected in a blood test. It’s a further leap to draw conclusions about how your body will respond when it is exposed to an actual virus.

Nevertheless, there is no requirement for Pfizer and Moderna to demonstrate that their new booster formulation will prevent COVID-19 or any other clinical outcome.

Second, the studies have not shown that the bivalent booster produces an antibody response to the new Omicron subvariants that is any better than an additional booster with the original COVID-19 shot.

Given these first two points, evidence of any form of booster effectiveness would be a remarkable finding from the start.

Third, the studies were conducted after authorization was granted, i.e. “post-authorization.” This is the Alice in Wonderland script, where the trial takes place after the execution.

And this new after-the-fact “trial” is not a double-blind placebo-controlled study of the type that was done two years ago for the original mRNA products. The MMWR study was based on data from people who came in for COVID-19 testing at their local drug stores.

All “participants” were sick. Every person had a respiratory disease with symptoms similar to COVID-19. So the study was capable only of distinguishing people who were sick with COVID-19 from people who were just as sick but tested negative for the virus.

If people are equally sick, why do they care if they test positive for COVID-19? People opt for preventive therapies not to prevent a positive test, but to keep them from getting sick. This study design offered no information about the only interesting question.

Thus, as a test of “vaccine efficacy,” this study design was dead on arrival. It was a non-starter.

What the CDC data show

The kind of analysis used here is called a “test-negative study design,” meaning those who test negative are used as a control group for those who test positive.

This approach has been an accepted and widely implemented means of estimating flu vaccine effectiveness by surveillance systems since 2005. It has the advantage over traditional cohort or case-control designs of being relatively cheap and fast to conduct.

Higher effectiveness numbers were found for people who had had their last injection more than eight months ago. It is important to note that the bivalent booster did not result in more powerful protection in this subgroup. Rather, the greater effectiveness was the result of a bigger drop in vaccine-mediated immunity in those who had waited the longest before getting the booster.

“Due to waning immunity of monovalent doses, the benefit of the bivalent booster increased with time since receipt of the most recent monovalent vaccine dose.”

The authors also computed bivalent booster effectiveness with respect to people who had never been vaccinated. They reported an “absolute efficacy” from 19% to 50%, depending on age and the number of monovalent doses received.

We were unable to replicate their findings because the authors did not share the raw numbers for each subgroup in their report.

However, our own calculation, based on their methodology applied to the aggregate data of all subgroups, resulted in a bivalent booster effectiveness of only 9%.

We submitted a written request to the authors for clarification of their methods.

Read between the lines: negative efficacy

Proportions of people with positive and negative COVID-19 tests were provided in the aggregate but not broken down into subgroups for which efficacy numbers were reported.

Unlike other published scientific papers, the CDC’s MMWRs are not peer-reviewed and their authors aren’t required to make their data publicly available.

The authors reported a larger “relative benefit” for the bivalent booster compared to people who previously were vaccinated and boosted, and a smaller “absolute benefit” compared to the unvaccinated.

This clearly implies — though it was not stated — that the vaccinated are more likely to test positive for COVID-19 than the unvaccinated.

According to our calculation (based on the CDC’s data and methodology), the vaccine effectiveness in preventing a positive COVID-19 test was -17% for people who had received two shots, -36% for three shots and -45% for four shots.

This is prima-facie evidence that the more monovalent shots people had, the less protected they were.

To reiterate: Vaccination with the monovalent booster resulted in negative effectiveness. The greater the number of doses, the greater the risk of contracting COVID-19. This constitutes a dose-dependent effect, one of the hallmarks of causality.

As stated above, the effectiveness of the bivalent booster across all ages and prior monovalent doses was a mere 9% compared to those who were unvaccinated. It is thus reasonable to conclude that the bivalent booster does little more than restore immunity to pre-vaccination levels.

And this meager 9% protection is not without cost. These mRNA products have far higher rates of severe adverse reactions, including death, than any vaccines in the past.

Nevertheless, the CDC authors summarized it this way:

“In this study of vaccine effectiveness of the U.S.-authorized bivalent mRNA booster formulations, bivalent boosters provided significant additional protection against symptomatic SARS-CoV-2 infection in persons who had previously received 2, 3, or 4 monovalent vaccine doses.”

Why would the CDC bother to publish a report with such weak results? We can only speculate. However, as “the voice of CDC,” the MMWR series has served to drive mainstream media’s “science-based” narrative — even when the CDC’s own evidence suggested conclusions that contradicted headlines.

The same phenomenon could be in play here too. This time, at least one large platform has taken things one step further. Rather than announcing specious MMWR conclusions as unassailable truth, MSN, in its coverage of this MMWR, chose to fabricate findings out of thin air:

“The researchers conclude that the bivalent booster, which contains genetic material from both the original SARS-CoV-2 virus and the Omicron BA.4/5 variants, is effective in protecting people from severe COVID-19.”

Nevertheless, billions of taxpayer dollars have already been used to purchase 170 million doses of the new bivalent product.

Some other mainstream reports have been more skeptical of the new boosters. The New York Times, a reliable bullhorn for the CDC’s “recommendations” did not cover this story. However, several days prior to the MMWR release, the Times ran this story, “Will Covid Boosters Prevent Another Wave? Scientists Aren’t So Sure.” Dr. Meryl Nass dissected this remarkable critique from the Times.

The newest findings demonstrate that anywhere from two to five doses later, those who have dutifully followed the CDC’s “guidance” are back to square one. However, media coverage of this two-year-long exercise in futility may finally be shifting. 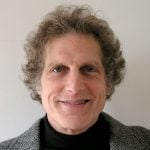