As government health officials ramp up demands for COVID vaccine mandates, people of all nations are returning to their roots, tapping into their own ingenuity and fighting to restore power to the people where it belongs. 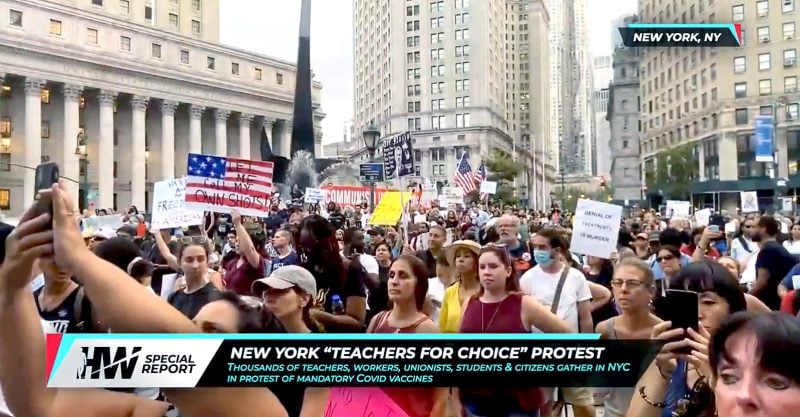 Over the last several weeks, hundreds of thousands of protestors worldwide have taken to the streets to protest vaccination mandates and medical segregation.

On Sept. 11, more than 120,000 people attended the ninth consecutive weekend of demonstrations in France to protest health passports.

This is good news, as people of all nations are returning to their roots, tapping into their own ingenuity and fighting to return power to the people where it belongs.

In New York City, hopeful signs are popping up at business establishments throughout the five boroughs thanks in large part to a small, determined group of business owners.

The video below documents one man’s effort to galvanize his neighborhood by going door-to-door and asking small business owners to post a sign that welcomes all patrons regardless of vaccination status:

This is the way. pic.twitter.com/ST8VqefYyj

The inspiration behind the now viral ‘sign spree’ started with Rocco’s Paticerria and Caffe in Bay Ridge, Brooklyn. They were the first to post the sign, in early August, promising inclusion to all patrons, after New York Mayor Bill de Blasio announced the “Key to NYC,” a plan requiring diners to show proof of COVID vaccination. 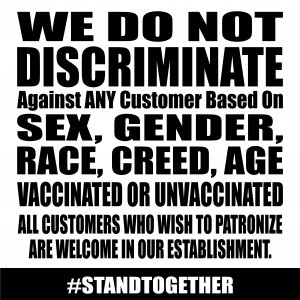 Other business owners quickly recognized de Blasio’s “key” would unleash a host of civil rights and privacy issues, and began to posting the same sign in protest.
A group of restaurant owners and small businesses have since teamed up to sue de Blasio over the city-wide order.

At a recent NYC protest, Rob DeLuca, DeLuca’s Italian Restaurant owner and co-founder of Independent Restaurant Owners Association Rescue, asserted, “It is not our responsibility to do the city’s dirty work. We are not the gestapo. We are not the COVID police. We are here to make pasta a serve drinks.”

A number of city and state officials also joined in, calling for an immediate reversal of this “unfair directive.”

In a letter to de Blasio, Rep. Nicole Malliotakis, Sen. Andrew Lanza and others wrote:

“Coercing anyone into any form of treatment violates every principle of medical ethics and informed consent. No one – no New Yorker – should be forced out of society on such a basis.”

Vaccine mandates have been in the works since early in the pandemic, when many speculated mask mandates were being used to prime a tired and traumatized population to accept vaccine mandates and, eventually vaccine passports.

In March, then Gov. Andrew Cuomo announced New York had partnered with IBM to launch the Excelsior Pass, a digital health pass that would use IBM’s own blockchain technology and allow organizations and businesses to verify a person’s health credentials based on criteria determined by an organization, state or business.

Many who remember IBM’s historical role in the Third Reich, and still others who have read the Healthy People 2030 agenda, are concerned about a serious and growing threat to privacy and civil liberties in what is increasingly becoming a surveillance state.

We don’t have to look too far to see where these incremental totalitarian measures are leading us.

The new rules, which impact roughly 100 million Americans, represent another broken promise from this administration. Less than 10 months ago, Biden told reporters, “No, I don’t think it should be mandatory. I wouldn’t demand it be mandatory.”

Yet here we are.

Other, similar, dystopian scenarios are unfolding across the globe.

In addition to being the testing ground for COVID quarantine camps, Australia has become home to some of the most oppressive lockdown measures in the world. Freedom of movement is virtually nonexistent. Citizens in Melbourne are subject to a curfew between 9 p.m. and 5 a.m. and are not permitted to travel more than 3 miles from home.

Much of Australia strictly enforces outdoor mask mandates, and even a minuscule elevation in case numbers can trigger stay-at-home orders. Fines for violating these rules range from $1,300 to $15,000.

And now, South Australia is testing a government-developed home quarantine compliance app that uses facial recognition and geolocation. Returning interstate travelers would be sent messages at random times and would have 15 minutes to verify their location.

These draconian measures have done little to stop the spread and Australia’s daily COVID-19 cases have since reached record numbers.

Meanwhile in Israel, one of the world’s most vaccinated populations now struggles with some of the highest case rates per million in the world, with more than half of those cases — and a growing number of serious cases — reported in fully-vaccinated people.

Israel initiated its booster program about five weeks ago, and is already seeing breakthrough cases among that group, prompting the government to initiate discussions about a fourth shot.

Given the increasingly apparent failures of current mandates and restrictions, global experts and citizens alike are coming to the conclusion that vaccine passports for a vaccine that does not stop infection or disease transmission, are not the answer.

They are fighting back against Orwellian measures that serve only to curtail civil liberties. Healthcare workers, educators, students, emergency personnel, truck drivers, parents and brave scientists are now banding together to take a strong stand.

This has become a modern day civil rights movement against medical apartheid. The last 18 months have reminded us that freedom must be both claimed and cultivated, and people are coming together in a collective effort to preserve it.

With every contribution, every demonstration, every courageous whistleblower, every new study and proposed solution, it has also grown into a global labor of love. Change is happening and you can become a part of it.

If you would like to know more about how you can participate, please visit this page on CHD’s website for educational resources and tools to fight mandates. 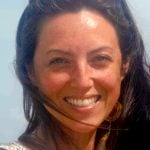