Producer of ‘Kiss the Ground’ Tells RFK, Jr: Regeneration Is Our Path Forward

In an interview on “RFK Jr. The Defender Podcast” with John Roulac, founder of Nutiva, a natural products company, Robert F. Kennedy, Jr. and Roulac connected the dots between corporate influence over agricultural policies and Big Pharma’s dominance over medical standards and practices. 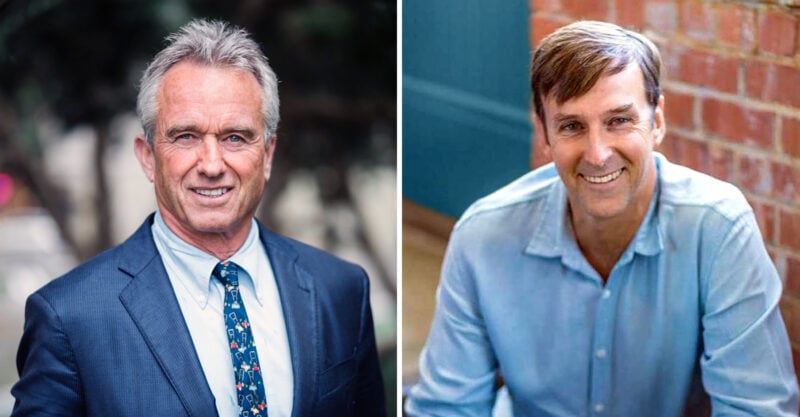 In an interview on “RFK Jr. The Defender Podcast” with John Roulac, founder of Nutiva, a natural products company, Robert F. Kennedy, Jr. and Roulac connected the dots between corporate influence over agricultural policies and Big Pharma’s dominance over medical standards and practices.

Kennedy introduced Roulac as a “serial entrepreneur, investor, writer, philanthropist, and filmmaker.” Roulac is the executive producer of “Kiss the Ground,” a Netflix documentary about regenerative agriculture.

“The fertilizer companies had a real problem. People didn’t want to buy industrial foods that were killing bees, destroying topsoils and causing death zones in the Gulf of Mexico. So they came up with a new term. How can you repackage a dysfunctional degenerative system? The new term is called ‘plant-based.’”

Roulac described how new commercial plant-based meats are made. He said these products are based on GMO soy and corn that still have toxic chemical pesticide residues — and they are colored with fake blood made in a laboratory.

Kennedy and Roulac also discussed how chemical fertilizers and pesticides affect humans, insects and birds — and eventually are deposited in the oceans, where they cause further harm.

“Shellfish can no longer mobilize calcium to create their shells. And so you’re seeing a collapse of shellfish fisheries because the ocean is becoming acid … it’s the most frightening thing … we’re going to kill the oceans.”

Roulac and Kennedy agreed that a large part of the problem is the disconnect between various areas of concern and oversight.

Kennedy pointed out the ongoing problems with water contamination with chemicals and industrial farm sewage.

Although Kennedy and Roulac described the problems at hand as challenging, they also agreed there are solutions.

Roulac described his support of organic permaculture, saying, “The solution is regeneration. That’s our opportunity. That’s our path forward.”

He described a technique involving planting fruit trees interspersed with other food crops to create a model for reforestation and thriving family farms. “[The farmers] don’t require fertilizers and they get food every month of the year, depending on the crop. And it’s not that expensive,” he said.

Kennedy and Roulac discussed how the COVID pandemic has been a challenge for those countering corporate influence on government, and how many environmentalists didn’t recognize that Big Pharma’s tactics were no different than the agricultural industry’s polluting practices.

Kennedy commented on Roulac’s bravery in speaking out against the chemical giants and Big Pharma, and on the importance of his film, “Kiss the Ground”:

“That movie, I cannot recommend it enough… If you want to have hope on the issue of climate change and food and agriculture, if you want to look at a film where there is a very, very exciting solution that is cheap, that is easy — that provides and nurtures communities of human dignity, of democracy — it’s all in that film. And it’s a beautiful, beautiful film … Thank you so much for helping to make that, John.”