On CHD.TV’s “Doctors and Scientists,” Dr. Linda Martin described how Dr. Margaret Hamburg, ex-commissioner of the U.S. Food and Drug Administration, ignored requests to place crucial warnings on the prescription drug, Levaquin, because she had a financial conflict of interest. 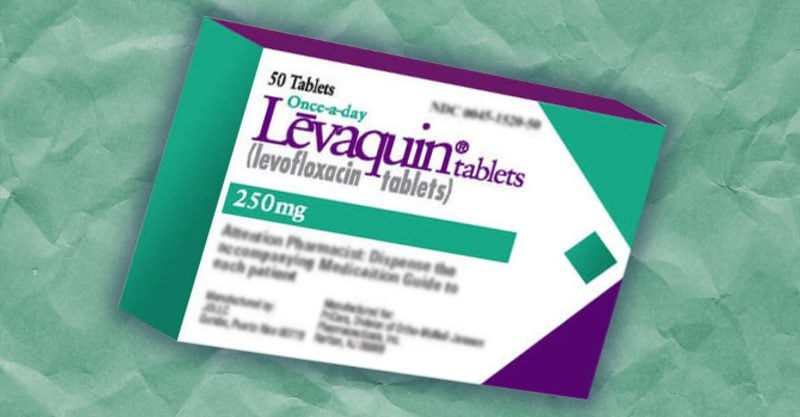 After experiencing irreversible life-altering adverse effects from the antibiotic, Levaquin, Dr. Linda Martin made it her mission to have warning labels placed on the prescription drug that left her with medical conditions so serious, she had to give up her high-level executive career.

During an interview on CHD.TV’s “Doctors and Scientists,” Martin told host Brian Hooker, Ph.D., how she and a group of others injured by Levaquin sent requests to the U.S. Food and Drug Association (FDA) for labeling changes to prevent further injuries and death from the medication.

After the FDA ignored repeated requests for Black Box warnings on Levaquin, Martin said she started to wonder “if money was involved.”

Renaissance at the time held more than $500 million in stock in Johnson & Johnson (J&J) — the drug company that makes Levaquin.

“I was shocked,” Martin said. “I could not believe we were working so hard to get warnings on Levaquin and then to find out that Hamburg’s husband owned a hedge fund that owned so much stock in Johnson & Johnson.”

Hooker responded, “There very well could have been an adverse turn in their stock if they had put a Black Box warning on Levaquin.”

Martin pointed out that the Criminal Conflict of Interest Statute U.S.C 18 § 208 “bars a federal employee from participating personally and financially as a government employee in any matter in which the employee has a financial interest.”

The law also applies to the spouse of a federal employee.

On Feb. 4, 2015, Martin wrote to the U.S. Senate Health Committee requesting a congressional hearing to investigate the relationships between Levaquin, Hamburg, Brown, Renaissance Technologies and J&J.

The next day Hamburg resigned as FDA commissioner.

In researching adverse events associated with Levaquin, during the time Hamburg was commissioner at the FDA, Martin said, “There were 664 people who reportedly died from Levaquin and 11,000 people who were injured by the drug badly enough that they reported it to the FDA,” noting the FDA assumes only 10% of adverse effects are ever reported.

When Hooker asked about warning labels added to Levaquin, Martin stated, “There were some warnings made and steps taken, but not enough to prevent more than 6,000 deaths and 100,000 adverse events.”

Renaissance Technologies held billions of dollars in J&J stock during the time so many people were dying and being injured from Levaquin, Martin said.

The FDA added new labels and Black Box warnings to Levaquin in 2016. But “these warnings came from 2013 and should have been placed on the drug while Hamburg was Commissioner,” Martin said — and while Hamburg’s husband had more than a $500 million-financial interest in the hedge fund.

Hamburg, as FDA commissioner, had the power “at that particular point and time to make that recommendation, and yet no recommendation was made,” Hooker said.

In fact, it would take three years and Hamburg leaving the FDA for those warnings to be added.

“We’ll create a problem, which creates a market, and then we’ll serve that market,” Hooker said.

“It is so incestuous,” Hooker said of Hamburg’s influence in the drug companies, Renaissance Technologies and her elite position at the FDA.

“If this happened before, what prevents this from happening now?” Hooker asked.