Attorneys for Children’s Health Defense (CHD) on Tuesday filed a motion for preliminary injunction in an effort to prevent California from punishing doctors for COVID-19 “misinformation” while CHD’s lawsuit challenging the state’s new law makes its way through the courts. 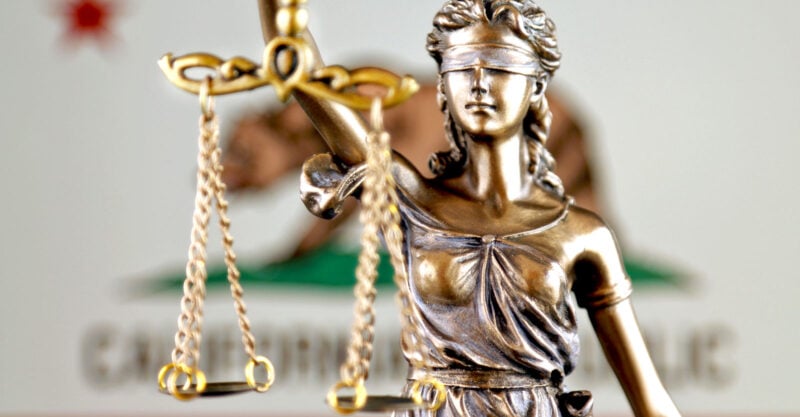 Attorneys for Children’s Health Defense (CHD) on Tuesday filed a motion for preliminary injunction in an effort to prevent California from punishing doctors for COVID-19 “misinformation” while CHD’s lawsuit challenging the state’s new law makes its way through the courts.

California Assembly Bill 2098 (AB 2098), signed into law on Sept. 30, subjects the state’s doctors to discipline — including the suspension of their medical licenses — for sharing “misinformation” or “disinformation” about COVID-19 with their patients.

According to the motion:

“AB 2098 prohibits physicians from conveying information and advice to their patients about COVID-19, which the State of California believes to be inconsistent with the prevailing opinions of the U.S. public health authorities and the majority of the medical community.

“However, if the pandemic has taught the world anything, it teaches that the views and edicts of the U.S. public health and medical authorities have changed, sometimes quickly, dramatically, and often inconsistently.”

The plaintiffs requested the Osteopathic Medical Board of California be prohibited from investigating or sanctioning any osteopathic physician under Section 2270 pending the final judgment in CHD’s lawsuit.

One of the six declarations attached to the motion is from Dr. Sanjay Verma, whose expert declaration presents numerous examples of public health authorities having to walk back their recommendations.

The declaration also details “points of vagueness and the general unsuitability of using “contemporary scientific consensus” as a disciplinary criterion.

Verma’s overview of the public health response to the pandemic is broken down into nine distinct categories and appendices:

“The Injunction motion is strengthened by Dr. Verma’s meticulously sourced chronology of the changing, contradictory edicts from U.S. public health authorities,” said Holland. “It is the highlight and, in my opinion, conclusively proves that the ‘contemporary scientific consensus’ is a moving target that is often later proved to be completely false.”

Holland added: “It is unconstitutional for the government to sanction physicians for running afoul of crazy quilt ‘science.’”

Other declarants provided personal stories detailing the harm they or their family members have suffered.

Shannen Pousada declared that for 29 years she worked as a nurse at Kaiser Permanente in Northern California. Last year, Kaiser required COVID-19 vaccination for employment.

Before her vaccination on Sept. 10, 2021, Pousada was in excellent health. Ten days after, she had a heart attack. Her Kaiser physicians repeatedly told her it was “misinformation” that the COVID-19 vaccine could cause heart attacks.

Kaiser doctors eventually admitted that the COVID-19 vaccination was the likely cause.

In her declaration, Pousada said:

“While there is a possibility my medical and legal situation can improve in 2023, if AB 2098 is deemed constitutional, that possibility is significantly diminished for me.

“And it would be even worse for people suffering COVID-19 vaccine injury in 2023 and beyond, because their physicians will not be willing to document their observation of so-called ‘misinformation’ necessary to resolution of legal claims.”

Plaintiff Hoang, a California-licensed osteopathic physician for more than 25 years, explained in her declaration some of the questions she is asked by patients and their families about issues related to COVID-19.

Sometimes her advice is supported by mainstream medical literature. However, she finds it difficult if not impossible to robotically parrot propaganda that does not reflect true evidence-based “scientific consensus.”

Often, Hoang said, her advice paints a more nuanced and personalized picture for her patients contemplating taking the vaccine or the boosters, but she is concerned that under the new law, she would put her license at risk.

Dr. Shira Miller, president of Physicians for Informed Consent, said in her declaration that physician speech is and will be chilled by AB 2098, in large part because of the vagueness and uncertainty in the law.

According to attorney Jaffe, “The science is evolving, and sometimes what the experts once held as gospel, turned out to be wrong. That is the fundamental truth of this case and that’s why I am confident the Court will stop the Osteopathic Medical Board of California from targeting doctor/patient speech.”

In their declarations, Debbie Hobel and Jamie Coker-Robertson demonstrated that AB 2098 is already having a negative impact. If patients can’t differentiate between truthful advice and canned information their doctor provides, this will lead to irreparable damage to the physician/patient relationship.