After CHD and seven families sued the New York State Department of Health for refusing to let unvaccinated children with valid medical exemptions attend school, the state then also excluded the children from online learning. 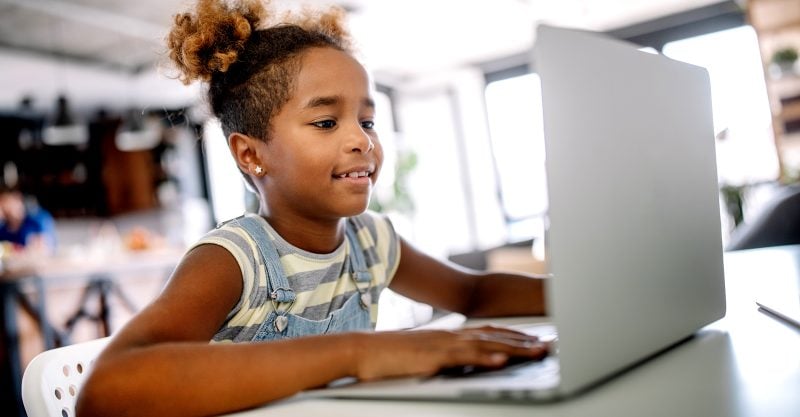 Children’s Health Defense (CHD) has petitioned the U.S. Supreme Court to get New York kids back to school.

CHD and seven New York families with medically vulnerable children took the New York State Department of Health to court in June 2020. The families filed a proposed class action lawsuit in the Northern District of New York that challenged restrictive new regulations on the medical exemption to the state’s vaccine requirements.

In New York, all children are required to receive, on average, 50 doses of vaccines on a schedule following guidelines set forth by the Centers for Disease Control and Prevention (CDC). To attend any private or public school, children must be fully up to date at the start of the school year unless they have a medical exemption. Pursuant to statute, if any physician licensed by the state certifies that the child is at risk of harm from the vaccine, the child is supposed to be exempt.

In August 2019, however, unelected officials at the state’s health department dramatically undercut the statutory medical exemption protections without any direction from the legislature to do so. The state issued a new regulation that takes clinical judgment away from treating physicians and predefines “what may cause harm” as a narrow list of conditions and contraindications contained in the CDC’s Advisory Committee on Immunization Practices “Best Practices Guidelines.”

The CDC itself cautioned in an email to one of the plaintiffs that the guidelines cannot be safely used for this purpose — they are not population-based, do not include all the reasons an individual child may need to be exempt, and cannot be substituted for clinical judgment based on the best available up-to-date evidence and a child’s individual medical history.

Under the new definition, hundreds of known vaccine reactions do not qualify for exemption. Even established, serious adverse reactions in vaccine package inserts and conditions routinely compensated as presumptive injuries in “vaccine court” are excluded.

Some of the plaintiff families have already lost a child to death from vaccine injuries. One family lost two children. They were compensated by the National Vaccine Injury Compensation Program for a vaccine caused death after contested proceedings. But according to Dr. Elizabeth Rausch-Phung, director of immunizations at the Department of Health, the death of a family member is not a valid reason for exemption, even if surviving children share the same risk factors.

In addition to dangerously narrowing the definition of “what may cause harm,” the Department of Health has deputized school principals to decide if the treating doctor’s medical exemption is correct.

All seven families submitted medical exemptions from one, or often multiple, licensed physicians certifying that their children are at risk of serious harm or death from a vaccine. Each child was expelled from school after school principals, with no medical training, overruled doctors’ evidence-based determinations.

After families filed suit in June 2020, rather than work with the families, the Department of Health issued guidelines directing schools to exclude the children even from remote learning. Although the families filed for temporary relief pending resolution of the lawsuit, the District Court and Second Circuit denied even that access.

On January 22, the families applied to the Supreme Court for an Emergency Injunction pending appeal.

“These policies are not only cruel and inhuman, they violate clear Supreme Court precedent,” stated Sujata Gibson, lead attorney for the petitioners. “Medical exemptions are supposed to be vigorously protected from this kind of state overreach. These exemptions are related to the most sacred constitutional right we have — the right to life, which certainly includes the right to protect our children’s lives from products that doctors certify could harm or kill them.”

According to Gibson, the Supreme Court has already held that if a physician licensed by the state certifies that a medical exemption is necessary, the state cannot subject that exemption to further review or substitute its judgment for that of a treating physician.

At this stage, families ask only that the children join online education. All schools in the state have distance learning options.

“It is impossible for any disease transmission to occur through the computer. These kids pose zero risk,” said Mary Holland, CHD general counsel, who along with Robert F. Kennedy, Jr., Michael Sussman, Jonathan Goldman and Stephen Bergstein and Gibson form plaintiffs’ legal team. “It is an outrage that the state is depriving them of an online education.”

The families hope that the Supreme Court will afford them relief so that the children don’t fall further behind while this case wends its way through the lower courts.

“It is barbaric to put these children at risk of serious harm or death in the name of public health,” said Gibson. “These policies have caused irreparable harm to hundreds of medically fragile children across the state. All these kids want is to be able to go to school.”